The stock market is plunging and the Fed is giving up on a ‘soft landing’ in favor of a ‘growth recession.’ Buckle up 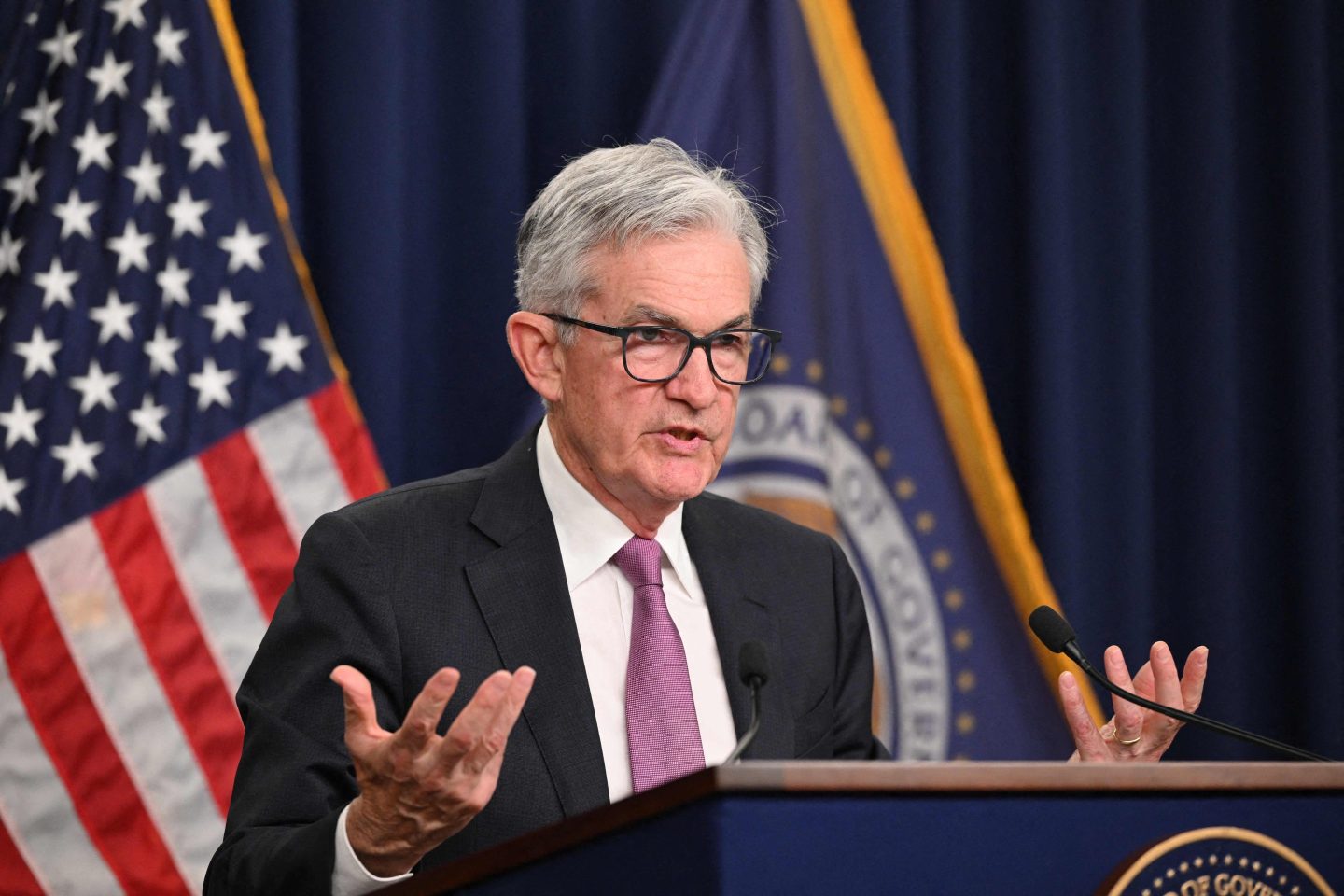 Federal Reserve Board Chairman Jerome Powell may have given up on a "soft landing" for the economy.
Mandel Ngan—AFP/Getty Images

Throughout 2022, the Federal Reserve has raised interest rates four times in an attempt to cool the U.S. economy and reduce inflation. The goal has been to do this without sparking a recession, thereby creating a so-called “soft landing” for the economy—and American consumers.

Now though, economists say that the Fed is targeting something that could be much more painful for average Americans: a “growth recession.”

In a speech at an annual symposium in Jackson Hole, Wyo., on Friday, Fed Chair Jerome Powell said that the U.S. economy will likely experience some “pain” as the central bank continues its battle with inflation.

Diane Swonk, the chief economist at KPMG, told Bloomberg that in her mind, these comments signal that the Fed has given up on its hopes for a “soft landing,” and now recognizes a “growth recession” is necessary to reduce inflation meaning the Fed will need to slow economic growth to well below its potential.

“It’s a bit like dripping water torture,” she said. “It is a torturous process but less torturous and less painful than an abrupt recession.”

Swonk’s comments echo statements made by Loreta Mester, the president of the Federal Reserve Bank of Cleveland, at an event organized by the Dayton Area Chamber of Commerce on Wednesday.

“I believe that the Fed has more work to do in order to get inflation under control,” Mester told the audience. “This will entail further rate increases to tighten financial conditions, resulting in an economic transition to below-trend growth in nominal output, slower employment growth, and a higher unemployment rate.”

Mester added that she believes the fed funds rate will move to 4% by early 2023, and then remain there for some time.

“I do not anticipate the Fed cutting the fed funds rate target next year,” she noted.

What is a ‘growth recession’ and will it defeat inflation?

When dissecting the economic slowdown seen in 1969 and 1970, Fabricant argued that a new definition may be needed to distinguish a true recession from something milder that he said could even be described as a “slowdown.” His solution was the term “growth recession.”

But Bill Adams, Comerica Bank’s chief economist, told Fortune that the Fed may even need to go a step further than Fabricant’s “growth recession” to bring inflation all the way back to its 2% target amid the European energy crisis and ongoing heat waves.

“My interpretation of chair Powell’s Jackson Hole speech, and in particular, his statements that he expects some pain for households and businesses, is that it sounds a bit worse than just a period of growth that’s below the U.S. economy’s trend,” Adams said. “So, I think the Fed would like to see a growth recession, but it’s also prepared for the possibility that an outright recession is necessary to bring inflation durably back to their target.”

“The Fed is in a tight spot,” he said. “The challenge will be to slow down demand but not necessarily squash it. I don’t think a hard landing is a foregone conclusion. We know monetary policy takes time to work its way through the real economy, so it’s too early to say if the Fed will be successful or not with the current tightening cycle.”

Comerica Bank’s Adams agreed that a recession isn’t assured, but he also noted that most recession indicators that he watches indicate that “a recession is more likely than not.”

“I’m looking at the inverted yield curve, the declines in business and consumer sentiment surveys, the decline in the Conference Board leading economic index for the United States, the downturn of housing indicators, and all of these indicators collectively now look like they typically have prior to previous recessions in the United States,” he said.

Americans are preparing for a severe economic downturn as well, with nearly half of U.S. adults already reducing their discretionary purchases in anticipation of a recession, according to an August Bankrate survey.

Gross domestic product (GDP) growth forecasts across Wall Street have been cut repeatedly in recent months. Goldman Sachs now expects U.S. GDP growth of just 1.6% in 2022, down one from 2.4% in May. And the Conference Board slashed its forecast for U.S. real GDP growth in 2022 to just 1.3% in August.

“The Conference Board forecasts that economic weakness will intensify and spread more broadly throughout the U.S. economy in the second half of 2022, and expects a recession to begin before the end of the year,” researchers at the nonprofit wrote earlier this month.

Adams said that Comerica Bank has also cut its forecast for U.S. real GDP in 2022 from 2.4% in July to 1.5% this month due to deteriorating economic conditions.

“I think my broader message about what’s happening in the economy right now is that current data shows that the economy has slowed dramatically from 2021 and the labor market is starting to soften,” Adams said. “I can foresee ways that the economy could still muddle through and avoid a recession over the next year…but I think the path to that outcome is much narrower than it looks six months ago.”

EY Parthenon’s Chief Economist Gregory Daco is expecting a recession and falling GDP growth as well. In a Tuesday research note, Daco said that he now expects U.S. GDP to grow by just 1.4% this year and only 0.4% in 2023.

“As the surge in summer outlays fades, we anticipate seeing a greater drag on consumer spending from still-high inflation, easing job growth, reduced disposable income, and rising interest rates. We continue to anticipate the U.S. economy will experience a recession toward year-end,” he wrote.