Extreme heat in the US, Europe and China is slamming economies around the world—and making inflation worse 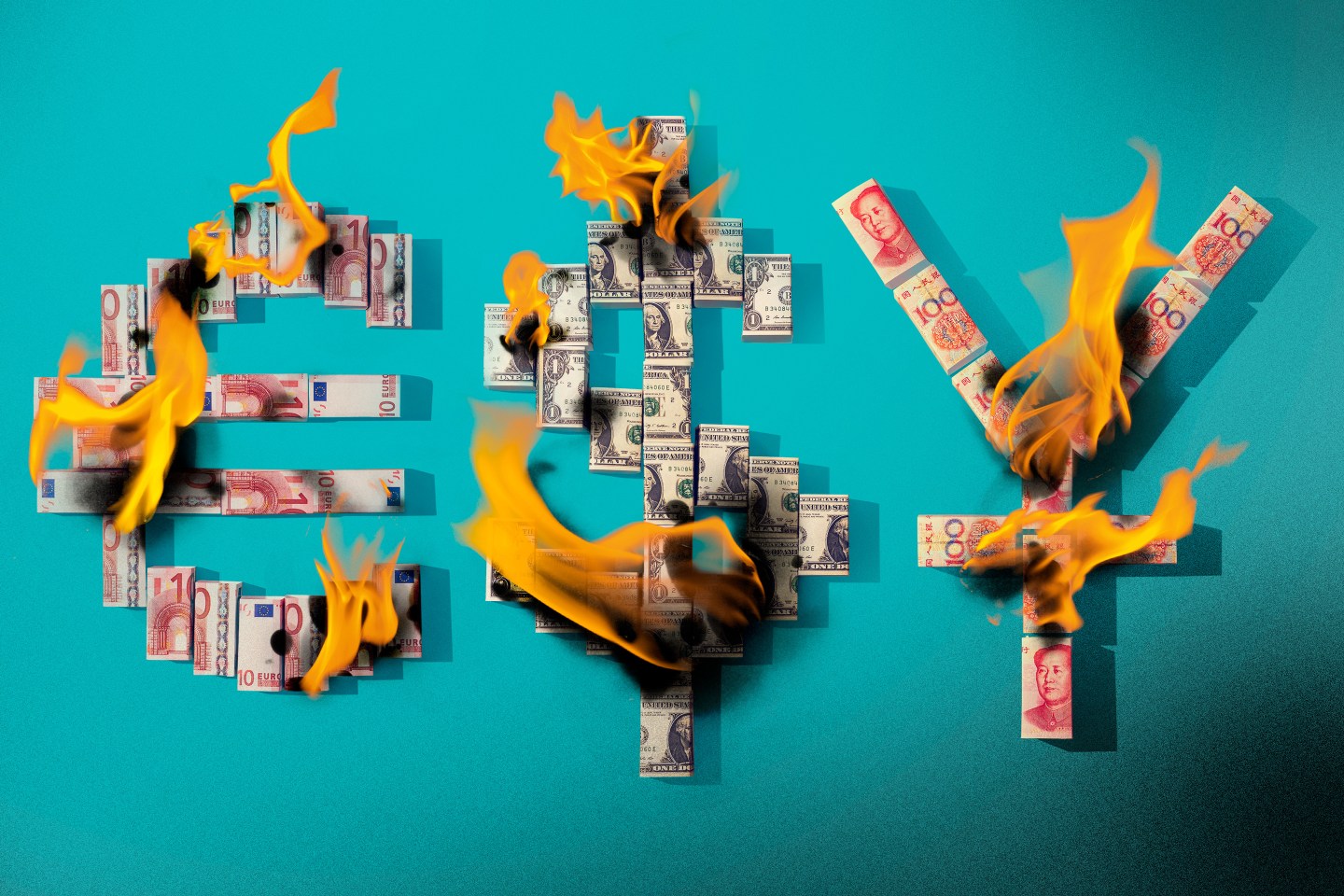 This summer across the U.S., Europe, and China, a historic heat wave and drought has turned mighty rivers into mudflats. Farmers have helplessly watched their valuable crops wilt in the fields. And hundreds of millions of people across the globe have had to huddle indoors, away from work, to avoid heat stroke and to keep the electrical grid from crashing.

The extreme weather has come at a huge cost to consumers worldwide. Already feeling the pain of 18 months of inflation due to supply chain snags and Russia’s invasion of Ukraine, they’re now having to pay even more to keep themselves fed and to buy many other things they want.

Water shortages in California have caused tomato prices to jump, pushing the cost of tomato paste up as much as 80% since last year. Meanwhile, record heat in England and France have hurt those countries’ meat and dairy industries. The price of meat in the EU is now up 12% year-over year.

“I think it’s too early to quantify, but I have no doubt that these extreme events are contributing to high prices,” Sergey Paltsev, deputy director of MIT’s joint program on the science and policy of global change, told Fortune. “In the future, if we don’t change the course of action, it’s going to be worse.”

Currently, three quarters of farmers across the American West, Southwest, and Central Plains say that extreme heat is negatively impacting their harvests, according to a recent survey by the American Farm Bureau Federation.

Across the wide swath of the U.S. that accounts for 80% of American wheat production and three quarters of beef production, 60% is currently suffering from severe drought conditions, according to the AFBF. It’s an area that overlaps a growing “extreme heat belt” in the Midwest and South that’s expected to be home to nearly a third of the country’s population in the coming decades.

“The Midwest produces up to a quarter of some of the staples of the global food supply,” says Amir Jina, an assistant professor at the University of Chicago’s school of social policy. “What happens when you suddenly have this big shock to a quarter of the food being produced? You’re definitely going to see price increases.”

Those price increases, says Jina, will ultimately fall the hardest on the poorest people. That’s because lower income households spend a larger proportion of their income on food and will therefore feel the pressure of rising food prices more quickly.

One long-term solution, according to Jina, is to shift certain crops that are at risk from harsher weather to where they’ll be able to thrive in the future. But it’ll take years before relocating something as massive as farming has an impact.

Russia’s invasion of Ukraine offers a view into what happens when crops from a highly productive farming region suddenly become unavailable for export. For months, until recently, Ukraine couldn’t export its grain because of a Russian blockade at sea, causing the price of crops like wheat to soar globally.

“A large wildfire or a drought in one of the big breadbasket areas can have this knock down effect on food prices around the world,” Jina says. “We can’t instantly move that grain production from where it currently is to somewhere more predictable.”

Earlier this month, China’s Sichuan province ordered all factories in most of its cities to shut down due to the country’s worst heat wave in six decades—a measure that extended through August 25. The extreme weather put enormous pressure on the country’s power grid, and the shutdown was expected to alleviate some of the stress.

Sichuan is home to some of the world’s major semiconductor and electronic parts factories and is a significant supplier of lithium, a key metal used in electric car batteries. A brief shutdown in manufacturing, therefore, can have a significant downstream impact on a variety of consumer goods.

Already, a global semiconductor shortage since last year has caused higher prices for things like new and used cars and electronics. It has laid bare the fragility of essential supply chains.

“Global economies are so interconnected that if one of these extreme weather shocks happens in a certain country, it doesn’t only affect the people there,” says Jina. “It can spread out through this very intricately connected network.”

While China’s factory shutdowns will have immediate consequences, Jina says there are more “insidious” ways that extreme heat can affect the global economy. Because people work a bit less in high temperatures and suffer more from heat exhaustion, it reduces labor productivity.

Last year, a group of climate researchers estimated that extreme heat waves in the last decade lowered Europe’s annual GDP by 0.3% to 0.5% during the years that they occured due to lower worker productivity.

Reduced efficiency may prompt companies to spend more on a larger labor force, higher wages to offset hardship conditions, or better facilities. “The money has to come from somewhere and a lot of that’s going to get passed through to the consumer,” says Jina.

In Europe, the current heat wave has dried up the heavily-trafficked Rhine river, the continent’s most significant trade artery. Its water is currently so low that cargo ships can carry as much as before, making shipping more difficult and expensive, according to Deutsche Bank analysts.

The low water has also exacerbated an existing energy crisis in Europe that was triggered by the Ukraine war. For example, coal-carrying transport ships can’t necessarily get their product where it needs to be. Deutsche Bank wrote in a report earlier this month that “the problem with low water is particularly pressing, as coal-fired power plants are being fired up to ensure electricity supply in the face of significantly reduced gas supplies.”

If the low water levels persist through the end of the year, it will have a real impact on Germany’s economy, according to a report earlier this month by Capital Economics. The country’s GDP could sink 0.2% because of it—a significant number for Europe’s biggest economy.

Meanwhile, shrinking rivers also have consequences for the continent’s nuclear power production. In France, the Loire river is now so low that the government has released water from dams to ensure a high enough water flow to cool four nuclear plants located downstream, Reuters reported. The plants contribute a combined one fifth of total electricity produced in the country.

Compared to the mid 19th-century, the world has  one degree Celsius warmer than pre-industrial times, according to the Intergovernmental Panel for Climate Change (IPCC). Experts expect more warming and therefore an even greater impact of weather on farming and other industries.

“If we’re already experiencing these events at one degree, you can imagine how unbearable it’s going to be when it’s double or triple that,” Paltsev says. “We are going to have bigger events, bigger impacts on inflation,” he says.