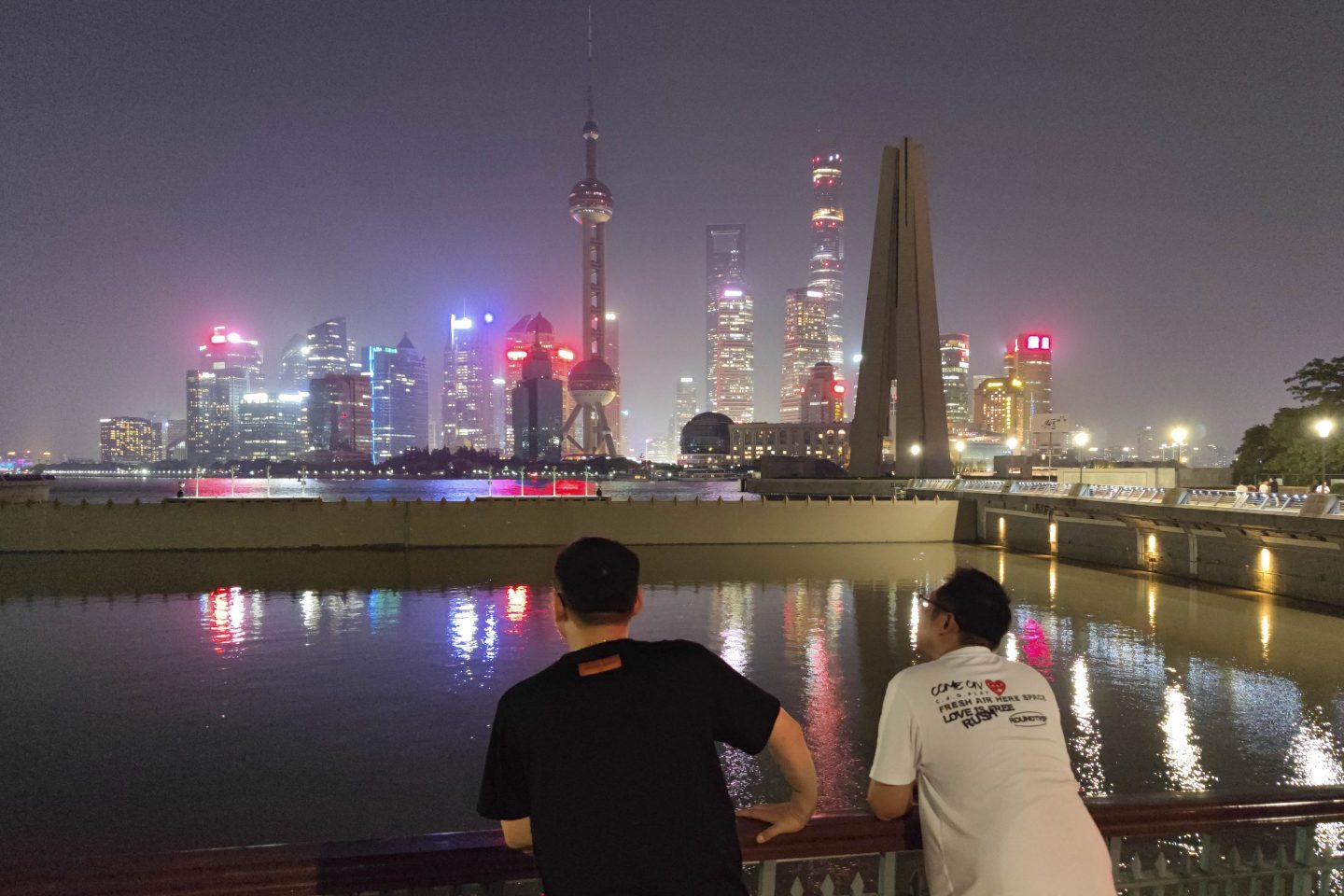 Tourists visit the Bund with the skyline of Pudong in the background on Aug. 22, 2022, in Shanghai.
VCG/Getty Images

China’s unprecedented 71-day heat wave has made it difficult for the nation to keep the lights on in recent weeks.

Suffocating heat and dry conditions have exacerbated an ongoing drought in China’s Sichuan region, which relies on hydropower for 80% of its energy needs. As a result, the province, which is home to more than 80 million people, has been forced to close factories and ask residents to cut their power use.

On Sunday, officials extended the power cuts in Sichuan until Aug. 25, and regions outside of Sichuan started their own cuts. The effects on supply chains and Chinese industry could be devastating due to their indiscriminate nature and the inability of factory managers to find workarounds.

“The situation has worsened in the past few days,” Mirko Woitzik, the global director of intelligence solutions for Everstream Analytics, a supply-chain insights and risk analytics company, told Fortune. “In terms of factory closures, last week was one of the worst weeks in China, with the overall situation approaching levels last seen during the severe COVID-19 lockdown in Shanghai/Kunshan” earlier this year.

Limits on the amount of electricity that can be produced have led to disruptions at more than a dozen auto manufacturers, affected lithium producers, and slowed the processing of semiconductors at key facilities, Woitzik said.

And in Shanghai, China’s financial hub and biggest city, officials said in a notice over the weekend that buildings along the Yangtze River would not be lit on Monday or Tuesday to conserve power, leaving the city’s world-renowned skyline dark.

While power cuts like these to factories and office buildings are having a big impact on Chinese economic growth and supply chains, there’s another hidden bogeyman out there, according to Woitzik.

“If temperatures do not drop in the coming days, transportation will also be impacted—for instance via the Yangtze River, which is similar in its supply chain importance to the Rhine River in Europe, adding to manufacturing supply chain woes,” he said.

Recently, low water levels in the Rhine River prevented cargo vessels from completing shipments, impacting supply chains in Europe. Deutsche Bank even called the river a potential “Achilles’ heel” for the bloc as it continues to fight an ongoing energy crisis. If China’s drought doesn’t end soon, the country could face a similar situation.

China’s heat wave has also extended geographically: Nearly 530,000 square miles within the country experienced temperatures above 104° F (40° C) at least once over the last 70 days, according to state media reports. It’s now so bad that more than 260 Chinese weather stations have recorded their highest-ever temperature readings over the past two months.

“I can’t think of anything comparable to China’s heat wave of summer 2022 in its blend of intensity, duration, geographic extent, and number of people affected,” meteorologist Bob Henson told Axios.

Woitzik pointed out that the Hunan region, just east of Sichuan, was also forced to declare a state of emergency due to the heat wave and drought. The province gets some 40% of its electricity needs from hydropower, and with reservoir levels falling, the region is instituting power cuts as Sichuan did in order to conserve energy.

China’s largest freshwater lake in the Hunan region has shrunk 66% due to the drought and extreme heat, revealing startling images for airplane passengers flying over the area.

That’s not great news, because Hunan produces 22% of China’s rice, which is the staple food of 65% of the country’s population, according to researchers at Hunan Agricultural University; the province is also known as a manufacturing hub for special machinery and metals.