The other supply-chain crisis: The Rhine is drying up, and it could become the ‘Achilles’ heel’ of European energy, Deutsche Bank warns 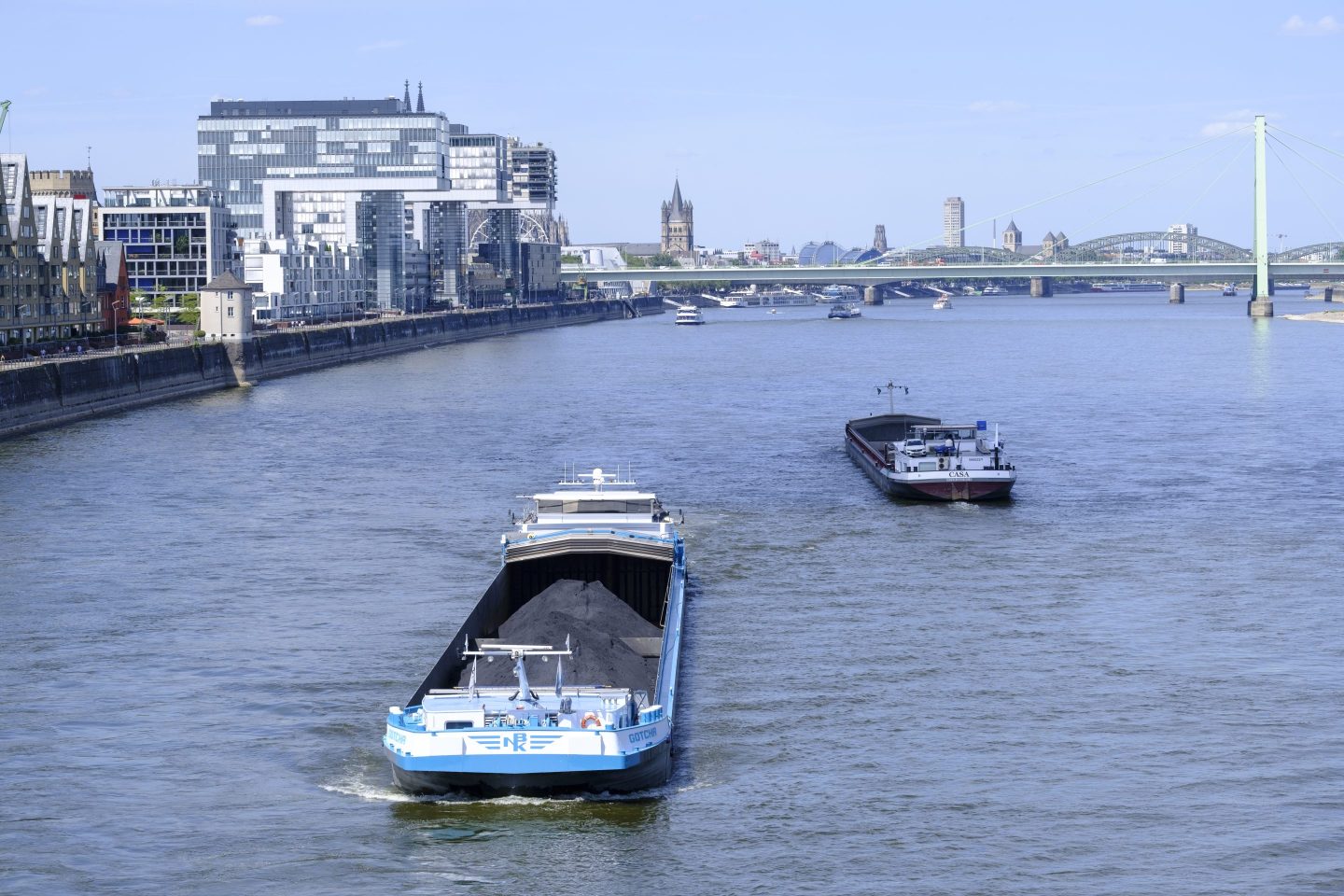 Cargo ships on the Rhine in Cologne, Germany, on Aug. 3, 2022.
Thierry Monasse—Getty Images

A supply-chain crisis has been disrupting the ocean shipping industry and trucking companies for months, causing chaos around the globe and befuddling U.S. retailers.

But there might be a new arena for a transportation crisis on the horizon: European rivers.

The Rhine, which runs through Western Europe from Switzerland to the Netherlands, is essential in the shipment of commodities throughout the continent and Germany in particular. But low water levels exacerbated by climate change and record-high summer temperatures are already affecting the ability of boats to carry goods from one city to another.

That could be particularly bad news for the European energy economy, which is already scrambling to find new sources of energy after Russia cut off much of its gas, according to a new note from Deutsche Bank published on Wednesday.

“In the current situation, the problem with low water is particularly pressing, as coal-fired power plants are being fired up to ensure electricity supply in the face of significantly reduced gas supplies,” wrote analysts for the German investment bank.

After Russia invaded Ukraine, Europe responded with severe sanctions, excluding Russia from global financial systems, freezing bank assets, and severely curtailing European purchases of Russian oil and gas. In response, Russia has significantly cut down on its gas exports to Europe, limiting flow from the Nord Stream pipeline. That’s a big problem, as Russian natural gas accounted for more than a third of European supplies, according to Independent Commodity Intelligence Services (ICIS). In Germany, that figure was as high as 55%.

In lieu of Russian gas, Europe is desperately looking for alternative ways to keep running, including imports of liquefied natural gas, more investment in solar energy, and a greater reliance on coal. But with low water levels in the Rhine, hard coal transported from ports like Amsterdam, Rotterdam, and Antwerp could be in danger, according to analysts, while coal reserves at power plants are only enough to last about one week.

The Rhine has endured low water levels before. In 2018, freight came to a standstill and reduced economic growth in Germany by 0.2 percentage points, according to the bank. It estimates that this year’s water levels, however, could have an even greater impact.

Cargo ships have already begun to reduce their loads because of the low water levels, making transport more expensive because the cargo has to be distributed over multiple ships, according to Deutsche Bank. And the low water levels also raise the stakes if anything in the Rhine shipping route goes wrong.

“If an accident were to occur under the current conditions, blocking a shipping channel, the effects would be far more severe than in normal times,” analysts wrote.