Germany and the E.U. both have multi-year plans to cut their reliance on Russian gas. Putin’s acting like the end is already here 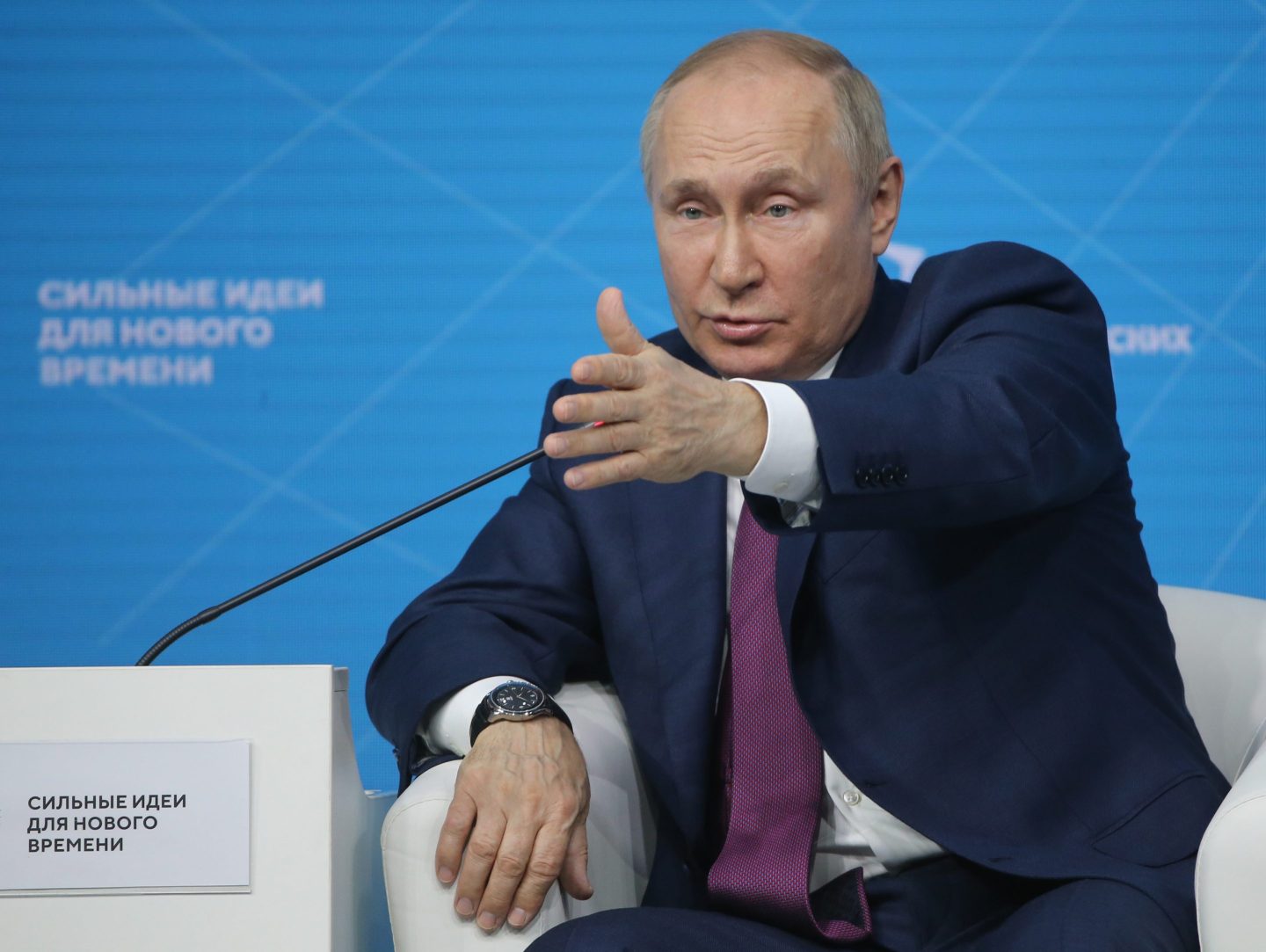 Germany and the E.U. have been doing everything they can to reduce their reliance on Russian energy since the war in Ukraine began. And with Russia, once again, moving the goal posts this week, we could see the timeline of those plans accelerate substantially.

On Monday, Russia’s state-run gas giant, Gazprom, said it will cut deliveries of natural gas to Germany via the Nord Stream pipeline to about 20% of maximum capacity starting Wednesday morning.

Kremlin spokesman Dmitry Peskov told reporters that President Vladimir Putin is “not interested” in completely cutting gas deliveries to Europe, but added that “if Europe continues its course of absolutely recklessly imposing sanctions and restrictions…the situation may change,” Bloomberg reported.

Russia has been transporting natural gas through the Nord Stream pipeline at about 40% capacity since the start of the summer, citing technical issues, and has curbed gas flows through other routes, including via Ukraine. Monday’s natural gas cuts from Russia follow a 10-day maintenance period on the all-important Nord Stream pipeline that flows to Germany, which had Europeans worried a restart wouldn’t come.

On July 11, Gazprom said that it was beginning maintenance due to technical issues, and declared “force majeure,” or the inability to complete its contractual obligations to buyers because of problems outside of its control.

The state-run gas giant said that Western sanctions prevented a critical turbine from being returned to operation on the Nord Stream 1 pipeline after its maintenance in Canada. The turbine is now stuck in Germany due to paperwork delays, the Russian newspaper Kommersant reported on Sunday, but Gazprom received documents from [hotlink]Siemens Energy[/hotlink] about the pipeline on Monday.

Gazprom said in a statement on Twitter that the documents weren’t sufficient to resolve ongoing “issues” with E.U. and U.K. sanctions that are preventing the turbine from reaching Russia.

“After studying the documents, Gazprom had to conclude that they do not eliminate the previously identified risks and give rise to additional questions,” the company said.

Germany’s economy minister, Robert Habeck, foresaw Russia’s gas cuts and pipeline complaints earlier this month, telling Deutschlandfunk radio that “based on the pattern we’ve seen, it would not be very surprising now if some small, technical detail is found and then they could say ‘now we can’t turn it on anymore.”

Eric Heymann, a senior economist at Deutsche Bank, said much the same in a research note last week.

“Announcements should probably be taken with some degree of skepticism since Russia could cite an ‘official reason’ to interrupt or reduce gas supplies and/or blame the West for any disturbance,” he wrote.

“At that level, gas prices should remain high,” Heymann added.

Gazprom’s shipments to China, meanwhile, have hit record levels as it searches for new buyers amid Europe’s move towards energy self-sufficiency.

Germany and the E.U.’s move away from Russian gas

In 2021, Russian natural gas accounted for more than a third of the E.U.’s supplies and 55% of Germany’s, according to Independent Commodity Intelligence Services (ICIS).

The bloc’s reliance on Russian energy has sparked an incredible rise in European natural gas prices since the war in Ukraine began and Russian supplies were curtailed. Dutch TTF gas futures are now up more than 600% in the past year alone.

In March, Germany said that it plans to cut its reliance on Russian energy to roughly 10% of its total capacity by mid-2024.

“In recent weeks, we have made intensive efforts together with all relevant players to import fewer fossil fuels from Russia and to put supply on a broader footing,” economy minister Habeck said. “The first important milestones have been reached in order to free ourselves from the grip of Russian imports.”

The E.U., in May, also laid out a five-year, $200 billion plan to end its dependency on Russian energy over the next five years. But last week the European Commission said that it’s time to rewrite the plan, and asked its 27 member states to voluntarily cut their gas use by 15% from August to March 2023.

Now, this most recent news has some arguing that Russian cut off energy supplies to Europe much sooner than that.

“It puts stress on Europe for gas curtailments,” Mauro Chavez Rodriguez, research director for European gas & LNG at Wood Mackenzie, told Bloomberg. “If there are no effective gas and electricity demand savings implemented now there will be inevitable curtailments for industries in the case of a cold winter.”

Russia has already cut natural gas supplies to a number of European nations, including Bulgaria, Denmark, Finland, the Netherlands, and Poland, due to their refusal to pay for gas in rubles. And E.U. officials noted on Monday that a full cutoff of Russian gas this winter could shrink the EU’s gross domestic product by 0.6%.