Recession 2022: Why we may get a soft landing instead of an economic crash 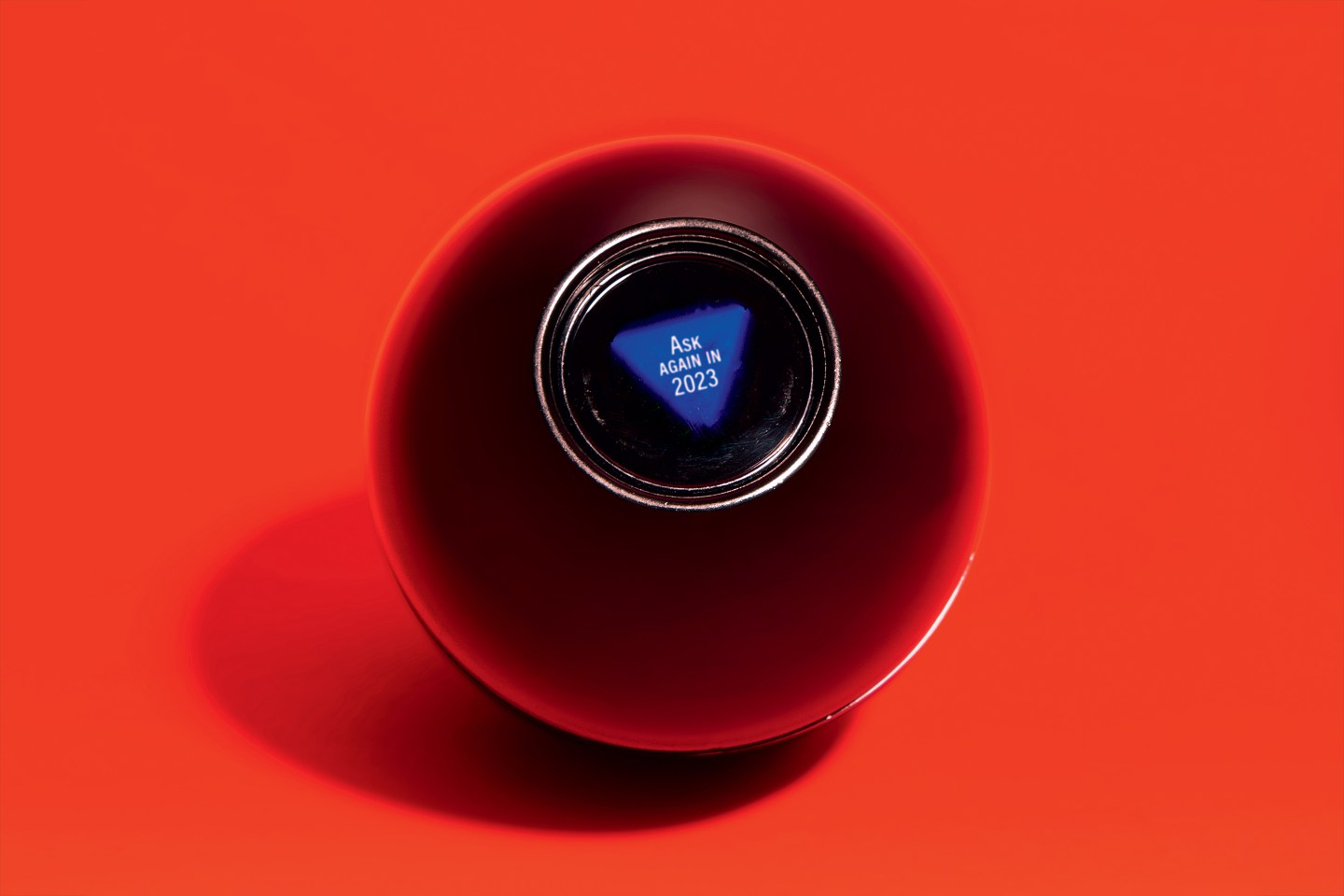 With inflation and war shaking up the landscape, many business leaders see recession as inevitable.
Photo Illustration by Selman Design

Demand for Old Navy fleeces, home furnishings, and laptops is limp. But consumers seem to be just fine with paying extra for Gatorade, Doritos, and roundtrip airfare to Denver. Meta and Alphabet’s Google predict “serious times” and “headwinds” as they freeze new hires, joining Apple, Goldman Sachs, and Netflix in slowing or outright cutting headcount. Meanwhile, President Biden has been crowing to Americans—and he isn’t fibbing—that private-sector job growth is at an all-time high.

It’s been a long, strange summer of mixed signals. Depending on which Wall Street pro, CEO, or household bookkeeper you ask, we’re heading for a recession, we’re already in one (even though everyone’s got a job), or we’ll be just fine. “I can’t think of a time when the economy has been like this. In this century or last,” Bill Adams, chief economist at Comerica Bank, tells Fortune. “The aftereffects of the pandemic, the stimulus, and now the Russia-Ukraine war—it’s just been a mix of crosscurrents.”

The good news: Some of those clashing currents could help keep the economy from getting swamped.
None of those riptides are stronger—or more perplexing—than the combo of a go-go job market and soaring prices. Employers are hiring, hiring, hiring—and giving out decent raises and bonuses to boot. According to Goldman Sachs’ wage tracker, salary increases are at a 20-year high. But inflation topped a 41-year high in June, and Americans have blown through their lockdown savings on essentials like gasoline (up 59.9% year on year), electricity (+14%) and home-cooked meals (+12.2%).

Inflation is the wild card in this deck. War, Chinese factory shutdowns, a work-from-home thunderclap in the housing market, an energy crisis, a food crisis—a volley of shocks have scrambled our deeply held assumptions about the laws of supply and demand.

On cue, more than 70 central banks—from Sydney to D.C.—have jacked up interest rates, and they’ll continue to tighten well into 2023. The Federal Reserve’s rate-setting committee is singularly focused on taming inflation, even if doing so risks stifling growth. After July’s red-hot inflation report, the futures market began pricing in the Federal funds rate, the Fed’s prime lending rate, reaching 3.6% by next March, up from next to zero when 2022 began.

The anticipated effect: The economy slows—but, as the Fed hopes and prays, not so much that we tumble into recession. The problem: The Fed has rarely nailed that balancing act before. Rising rates increase the cost of mortgages and corporate borrowing, and push consumers to tighten their belts; they also boost the value of the dollar relative to other currencies, making American exports less competitive.

Little wonder, then, that few companies are buying the soft-landing talk. In the latest Conference Board survey, 61% of CEOs said they expect a recession by the end of 2023. The macro picture is also seriously messing with the public’s psyche. Robert Dent, -senior U.S. economist at Nomura, notes that consumer sentiment, as measured by University of Michigan data-crunchers, is at the lowest level on record. Add in a bear market for stocks, the rapidly cooling housing market, and higher interest rates, and most families in America feel poorer, even if their finances remain solvent.

But while gloomy consumers and rising rates point to a downturn, there’s one major factor working in the opposite direction. Since World War II, every protracted dip in the economy has been accompanied by big spikes in unemployment. Because we’re seeing the opposite—not just solid but stellar job-creation figures—there’s still hope the world’s biggest economy will avoid a recession. Comerica’s Adams is in this camp. He sees a slowdown later this year, but adds, “The U.S. economy has a decent shot of getting through this without slipping into recession.” Joining him are economists at Goldman Sachs, who see the odds of a U.S. recession in the next year at no more than 30%.

Fortune spoke to economists on both sides of the Atlantic, pored through scores of Wall Street analyst reports, and found most commentators falling into one of two camps. Behind Door No. 1? A full-blown recession, with ripple effects buffeting the labor market, housing, and stocks. Door No. 2? Central banks keep hiking rates to combat inflation, but they narrowly avoid a bumpy landing. That’s “the Goldilocks scenario,” says Laura Veldkamp, a professor of economics and finance at Columbia University’s Graduate School of Business. (She thinks that scenario is unlikely.)

But strikingly, even some economists in the worst-case camp sketched a picture that wasn’t too grim—a shallow slump rather than a steep plunge. Some highlights:

Nomura’s Dent sees a recession as inevitable, most likely starting by this year’s fourth quarter, with unemployment jumping from 3.5% in July to 6.0% in 2024. One reason: Unlike during the 2020 -COVID crisis and the great recession of 2008–09, Congress will be reluctant to extend emergency aid to those who lose a job. “Policymakers’ hands are tied by persistently high inflation,” he explains. Michael Gapen, chief U.S. economist at Bank of America, is slightly less pessimistic, but he sees an “inflation tax” sapping consumer spending, with ripple effects cascading across the economy and pushing up the unemployment rate to 4.6% in the next year.

The days of all-cash bidding wars could be over. There’s wide consensus that homes are trending from outrageously expensive to merely pricey. A countervailing force may keep propping up prices, however: America’s now-chronic housing shortage, which continues to price young families out of the market. Adams sees home prices moderating to “low-single-digit gains in 2023 and ’24,” in line or slightly below wage gains. Dent is more bearish. He thinks the median home price will sink as much as 20% from early 2022 highs as the labor market and the work-from-home trend cool.

The S&P 500 is down roughly 17% in 2022, to 3,960 in late-July, as recession fears clobber risk appetite. Tech stocks and consumer staples went from crushing it during the lockdown to getting crushed in a high-inflation environment. Adding to those companies’ pain: After two summers of being cooped up at home, consumers want experiences, not stuff. Out are exercise bikes (Peloton stock is down 69% year to date). In are likes—scenic beach vacations and fancy restaurants, providing snaps you can boast-post to Instagram. The reality, though, is that purchasing power has sunk since the summer of 2021 owing to inflation, and rising rates will only extend the trend.

Those forecasts reflect more than just sentiment: With consumers losing discretionary spending power, and other volatility in play, says Dent, “corporate profits will hit headwinds.” He sees companies cutting back on capital-expenditure investments in the short run to protect earnings. That in turn could make it harder for some firms to grow in the years afterward. For that reason, he predicts a longer-than-usual downturn. Recent U.S. recessions, defined as declines in real GDP, have lasted an average of three quarters, according to UBS; Dent says this one will last five.

It’s not all bad news for companies (and their shareholders). A short-term slowdown should push down commodity prices and ease some inflation pressures. Brent crude, for example, has already taken a tumble of 20% from its mid-June highs. On the other hand, if prices for energy spike further—as is the fear in Europe, with its dependency on Russian gas supplies—it will prolong and exacerbate any downturn.

With the fed’s war on inflation a fait accompli, what can business leaders and consumers do to increase their own odds of a soft landing?

It’s encouraging that even the biggest bears anticipate a shallow dip, not a Global Financial Crisis redux. If they’re right, employers are likely to hold on to staff for longer than they have in previous downturns, knowing from recent experience how painful it is to find qualified hires. Where will they find savings? Economists believe M&A activity will suffer, as will capex and R&D spending. Companies may also follow JPMorgan Chase’s recent example and use a choppy economy as a rationale for suspending stock buybacks. That’s not great for shareholders, but it creates flexibility for leaders looking to realign priorities as the outlook gets murky.

Similarly, it’s a split-screen reality for consumers. Rising prices and borrowing costs will justify delaying or canceling big purchases. That frugality will inflict short-term pain. But it increases the odds that the economy can more quickly put peak inflation in the past, ushering in a period of calm. That in turn could hold consumer pessimism in check, keeping fear of stagflation from becoming a self-fulfilling prophecy. Indeed, a growing number of economists predict the Fed will move from rate hikes to rate cuts by summer 2023. At that point, the great bottoming of stocks could be behind us.

Still, there will be some anxious waiting and watching over the next 12 months. So buckle up—and pass the Doritos.

This article appears in the August/September 2022 issue of Fortune with the headline, “Soft landing, or painful plummet?”