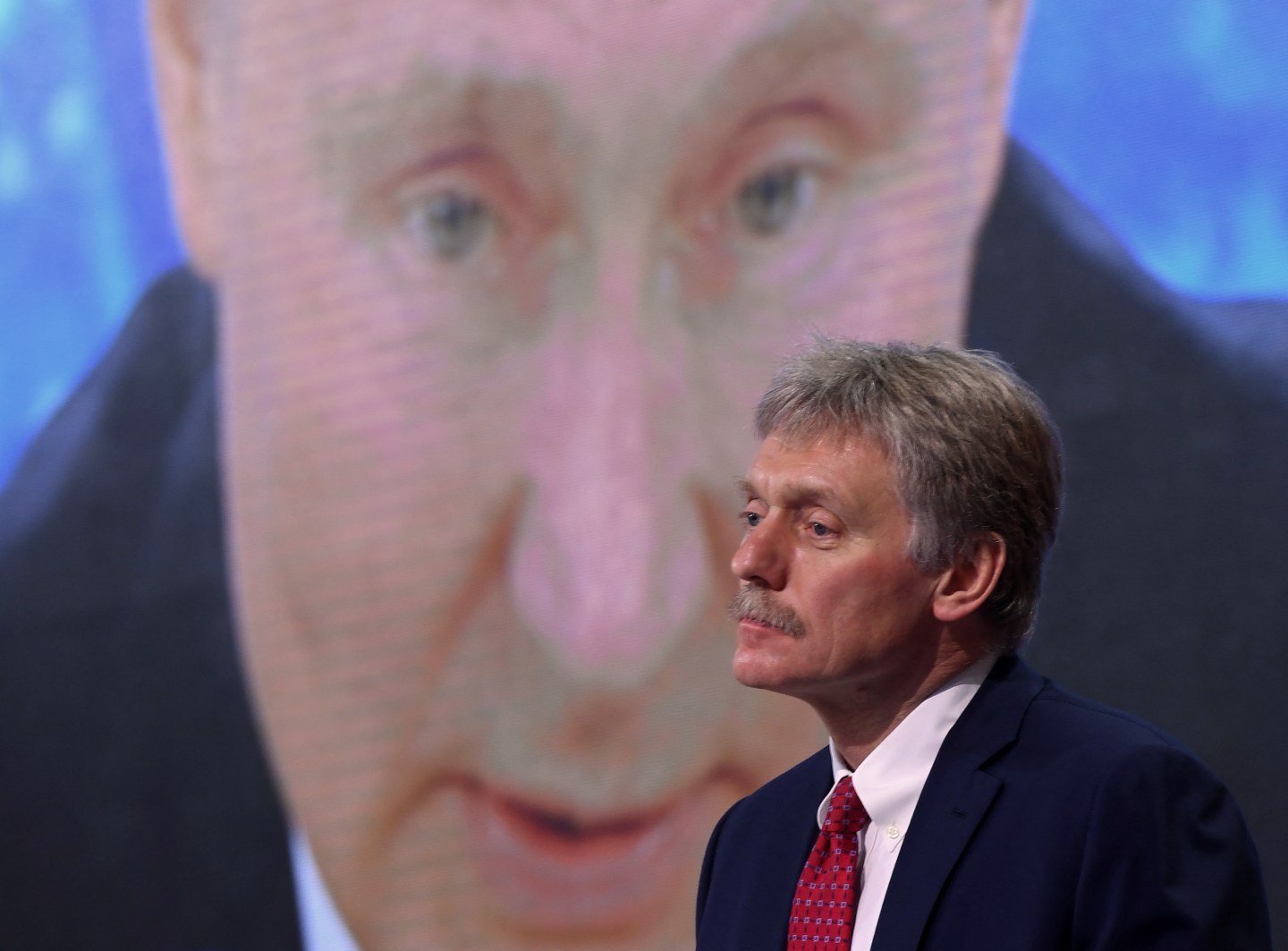 Putin spokesman Dmitry Peskov has some explaining to do after Navalny supporters appear to have tricked his son into confessing he won't be conscripted for the war.
Natalia Kolesnikova—AFP/Getty Images

When Vladimir Putin sends soldiers to fight and die in Ukraine, it’s Dmitry Peskov’s job to explain why Russian children must be sacrificed for a war his boss started.

The Kremlin spokesman and top Putin spin doctor could now have another tough story to sell to his countrymen: namely why his very own son may have refused the call to duty despite being a prime candidate.

Popular Politics, a Russian-language YouTube channel associated with imprisoned opposition leader Alexey Navalny, released the recording of a conversation in which someone who appears to be the 32-year-old Nikolay Peskov is ordered to appear the next morning for conscription.

“Obviously I won’t be there at 10 a.m. You need to understand that I’m Mr. Peskov,” he tells the supposed military official, impersonated by the channel’s presenter, Dmitry Nizovtsev.

The exchange highlights the privileged life of those in the inner circle of the Kremlin and their offspring at a time when recruits in poor, far-flung towns are being forced to bid goodbye to their families as they are called to the front.

According to the Daily Mail, Peskov junior is a former conscript in Russia’s nuclear rocket forces and would therefore be a leading candidate for conscription.

Neverthesless, he saw no need to join and pulled rank in the conversation: “Believe me, neither you nor I need this.”

This kind of deception has practice with Navalny. In 2020, he himself notably tricked one of Putin’s FSB intelligence service agents into explaining why a team of assassins both botched an attempt on his life and failed to cover their tracks before evidence of poisoning could be found.

The prank call and subsequent confession comes at a sensitive moment in the war in which Kyiv has appeared to break months of stalemate thanks in part to continued military aid from the West.

Ukrainian forces earlier this month gained a strategic advantage when they seized the rail junction at Kupyansk near the Russian border, cutting off a key supply route for Putin’s troops in the Donbas.

Following the rout, on Wednesday the Russian president felt it necessary to announce the mobilization of 300,000 reservists. His speech triggered a frantic search for flights out of the country before the borders were closed to military-age men.

Fledgling protests also broke out in the wealthy metropolises of Moscow and St. Petersburg, following months of social calm and outward demonstrations of popular support for the war. Dozens were arrested by Putin’s security officers in the process, and some were even allegedly served with a summons to appear at the local war office for subsequent conscription—an unusual punishment if true.

On Wednesday, the Kremlin agreed to a deal swapping prisoners from Ukraine’s Azov battalion that surrendered in Mariupol in exchange for one of the Russian president’s staunchest local allies and the father to his goddaughter—Viktor Medvedchuk.

The former leader of Ukraine’s main pro-Russian political party had been arrested trying to cross the border in April and was due to stand trial for treason.

Ironically, it was Dmitry Peskov himself that sought to distance the Kremlin’s involvement at the time, calling him a “foreign politician” rather than a Russian citizen: “Medvedchuck should have left Ukrainian territory before the beginning of the [war].”

“Literally everything that Peskov says must be understood exactly the opposite,” she wrote.

Earning that kind of reputation is not going to make the job of explaining his son’s apparent lack of patriotism any easier.