‘This is not a bluff’: Putin orders ‘partial’ mobilization of 300,000 troops and rattles nuclear saber 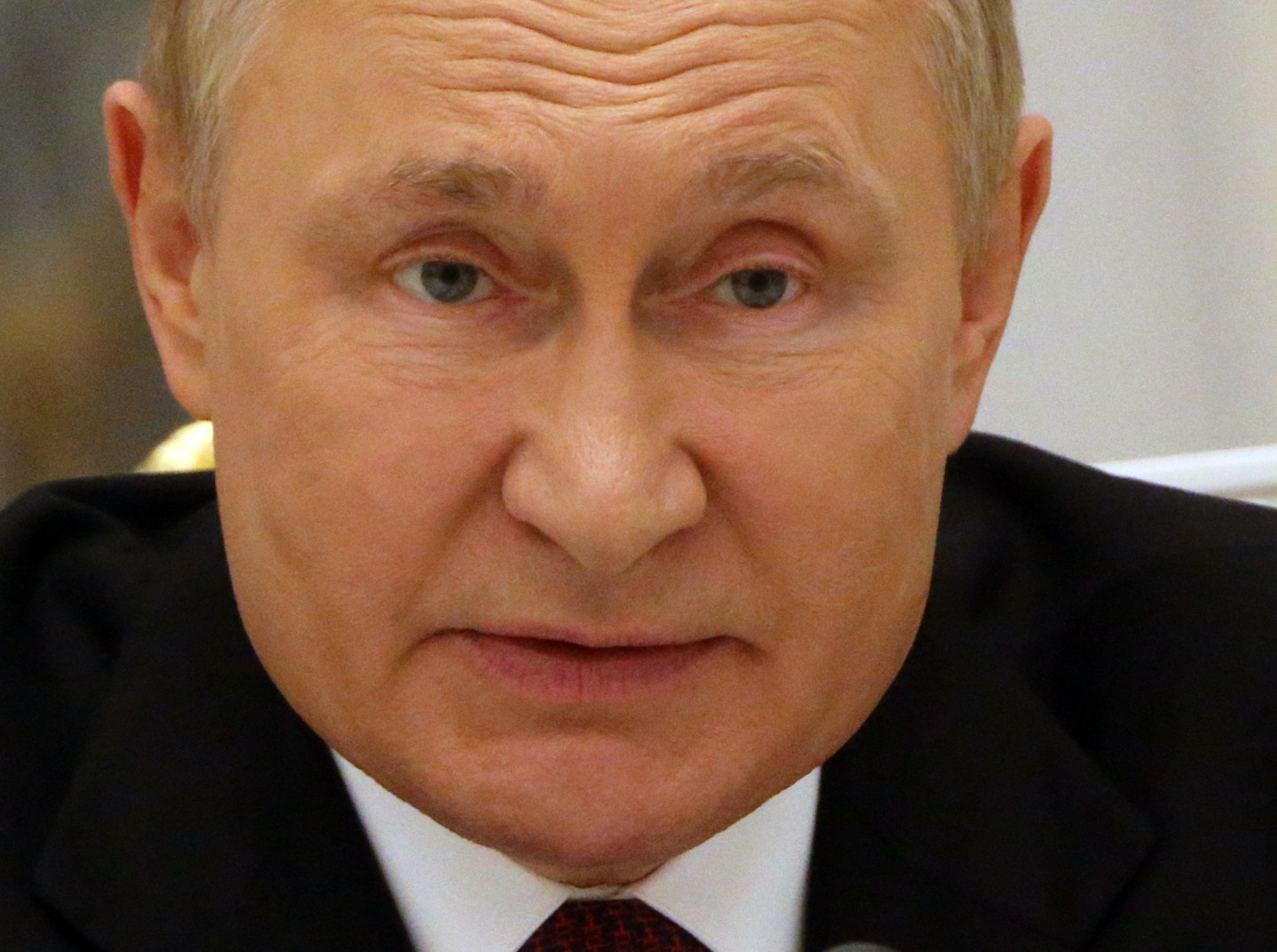 Russian President Vladimir Putin speaks during a meeting on the military-industrial complex at the Kremlin, Sept. 20, 2022, in Moscow.
Getty Images

President Vladimir Putin declared a “partial mobilization,” calling up 300,000 reservists in a major escalation of his flagging invasion of Ukraine, which he portrayed as a fight to the death with the U.S. and its allies.

“When the territorial integrity of our country is threatened, we will certainly use all the means at our disposal to protect Russia and our people,” Putin said in a televised national address Wednesday. “This is not a bluff.”

“Those who are trying to blackmail us with nuclear weapons should know that the wind patterns can also turn in their direction,” the president said, accusing the US and allies of seeking to “destroy” Russia.

Putin’s threats come after a Ukrainian counteroffensive in the last few weeks has dealt his troops their worst defeats since the early months of the conflict, retaking more than 10% of the territory that Russia held. The Kremlin had long resisted announcing any steps toward mobilization, seeking to limit the impact of its seven-month invasion on the Russian population, but the latest battlefield losses have underlined its shortage of manpower.

Defense Minister Sergei Shoigu told state TV the reservists wouldn’t be called up all at once under Putin’s partial mobilization. The order applies only to those with military experience and wouldn’t affect students or others who haven’t previously served in the army, he said.

“This is another bad and misguided step,” German Vice Chancellor Robert Habeck, who is also the economy minister, told reporters in Berlin. “For me and for the federal government it’s in any case clear that we will continue to fully support Ukraine at this difficult time.”

The additional troops would be more than than the approximately 180,000 that the U.S. estimated Russia had massed at Ukraine’s borders before the Feb. 24 invasion. Ukraine, which declared a mobilization early in the war, now has around 700,000 in the field with months of training and has said it aims to create a million-strong army.

Putin made his threats a day after Russian-installed occupation authorities in the regions of Ukraine’s east and south that Kremlin forces still control hastily announced plans for “referendums” starting this weekend on annexation. Putin said Russia will grant those requests to become part of its territory, thus extending his guarantees of defense to those areas, as well.

Ukraine and its allies denounced the planned votes as shams and vowed to continue fighting to retake the lands, which cover parts of the Donetsk, Luhansk, Kherson and Zaporizhzhia regions.

Once the annexation takes place, Russia will also be able to bolster its forces fighting in Ukraine with conscripts doing their military service, who currently can’t be sent to the front line because it is outside Russian borders, said Igor Korotchenko, head of the Moscow-based Center for Analysis of World Arms Trade.

Still, increasing the size of Russia’s military involved in the campaign isn’t enough by itself to reverse the momentum, said Korotchenko. “The issue isn’t the quantity (of soldiers) but the capacity to supply them with weapons and gear.”

Russian military bloggers and influential pro-Kremlin figures have been urging Putin to massively expand the scale of the struggling offensive in Ukraine, which the Kremlin continues to call a “special military operation.” Otherwise, Russia risks more reverses faced with a much larger Ukrainian force that’s getting billions of dollars of advanced Western weaponry, they’ve warned.

But most of the Russian public has been largely insulated from the realities of the invasion since it began in February and the Kremlin had for months sought to minimize the impact. Even a partial mobilization threatens to change that. Putin’s decree doesn’t set a limit on the number of troops that ultimately could be called up if needed, leaving that to the Defense Ministry to decide.

Parliament Wednesday is slated to give final approval to hastily proposed legal changes that would stiffen criminal penalties for dodging the call-up, as well as for desertion and surrender.

Putin last week vowed to pursue the attack on Ukraine despite the severe losses, saying he’s not “in a hurry” and is ready to step up attacks on Ukrainian infrastructure.

Russian officials have hinted at possible use of nuclear weapons in the conflict before. Actually firing them would risk a direct conflict with the US and other nuclear-armed powers, something both sides have sought to avoid.

U.S. President Joe Biden over the weekend said any use by Russia of chemical or tactical nuclear weapons would draw a “consequential” response. “They’ll become more of a pariah in the world than they ever have been,” he told 60 Minutes. “And depending on the extent of what they do will determine what response would occur.”