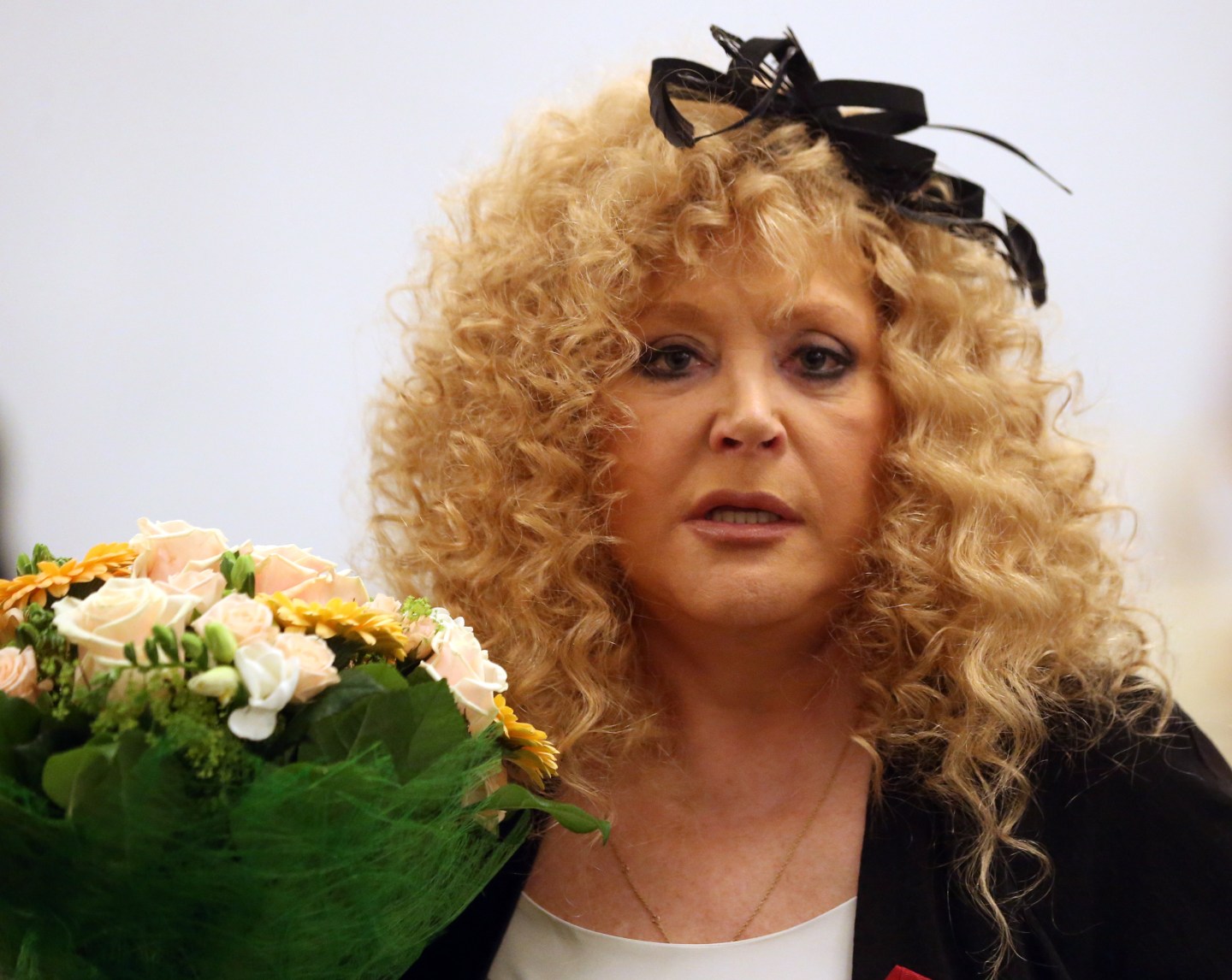 One of Russia’s biggest pop stars has issued a scathing condemnation of the war in Ukraine, and said her government may ostracize her for doing it.

Alla Pugacheva, who has been a huge star in Russia for decades, said in an Instagram post on Sunday that the invasion of Ukraine had made Russia a “pariah,” and was making the lives of Russian citizens “extremely difficult.” Her post also followed the government’s decision on Friday to classify her husband, the Russian celebrity Maxim Galkin, as a foreign agent after he publicly criticized the war.

The singer, whose celebrity in Russia is similar in many ways to Madonna in the U.S. for her multi-decade longevity and quasi-satirical critique of national culture, used the social media platform to declare that she and her husband wanted peace, prosperity, and freedom of speech in Russia—as well as “an end to the death of our children for illusory aims.”

If opposing the war makes one a foreign agent, then “I ask you to enroll me in the ranks of foreign agents of my beloved country,” she said in the post, which was labeled an “appeal to the Ministry of Justice of the Russian Federation.”

Solidarity with her husband

Galkin’s official website now has a label on its homepage reading: “Recognized by the Ministry of Justice of Russia as a foreign agent.”

After being slapped with the foreign agent label, Galkin, who has been famous for years as, variously, a singer, comedian, and TV personality, posted a video to Instagram in which he said Russian officials were trying to deny his “inalienable right to express [a] sincere opinion” because his views deviated from those held by the government.

Responding to the controversy, Pugacheva said on Sunday that she completely supported Galkin.

“I am in solidarity with my husband, an honest, decent, and sincere man, a true and incorruptible Russian patriot,” the music icon stressed in her Instagram post.

The couple reportedly moved to Israel a month after Russia invaded Ukraine, but Pugacheva has been recently living in Russia with her children.

Musicians who have publicly dissented from the Kremlin’s narrative on Ukraine and denounced the war have found themselves blacklisted from performing or having their songs played on Russian airwaves.

They include the lead singers of Russian rock bands DDT and Aquarium and rapper Noize MC.

Russian President Vladimir Putin’s regime has long used its foreign agent law to crack down on organizations and individuals that publicly oppose the government’s policies.

Anyone labeled a foreign agent in Russia must declare that status on all content they publish, including social media posts, and faces financial and bureaucratic consequences.

Earlier this year, Putin signed a new bill into law that will broaden the definition of what it means to be a so-called foreign agent—a move that some have warned will further restrict press freedom and make it easier for domestic critics of the government to be punished by the state.