Russians of military age are desperate to buy the next flight out of the country , but Putin may have just shut the door 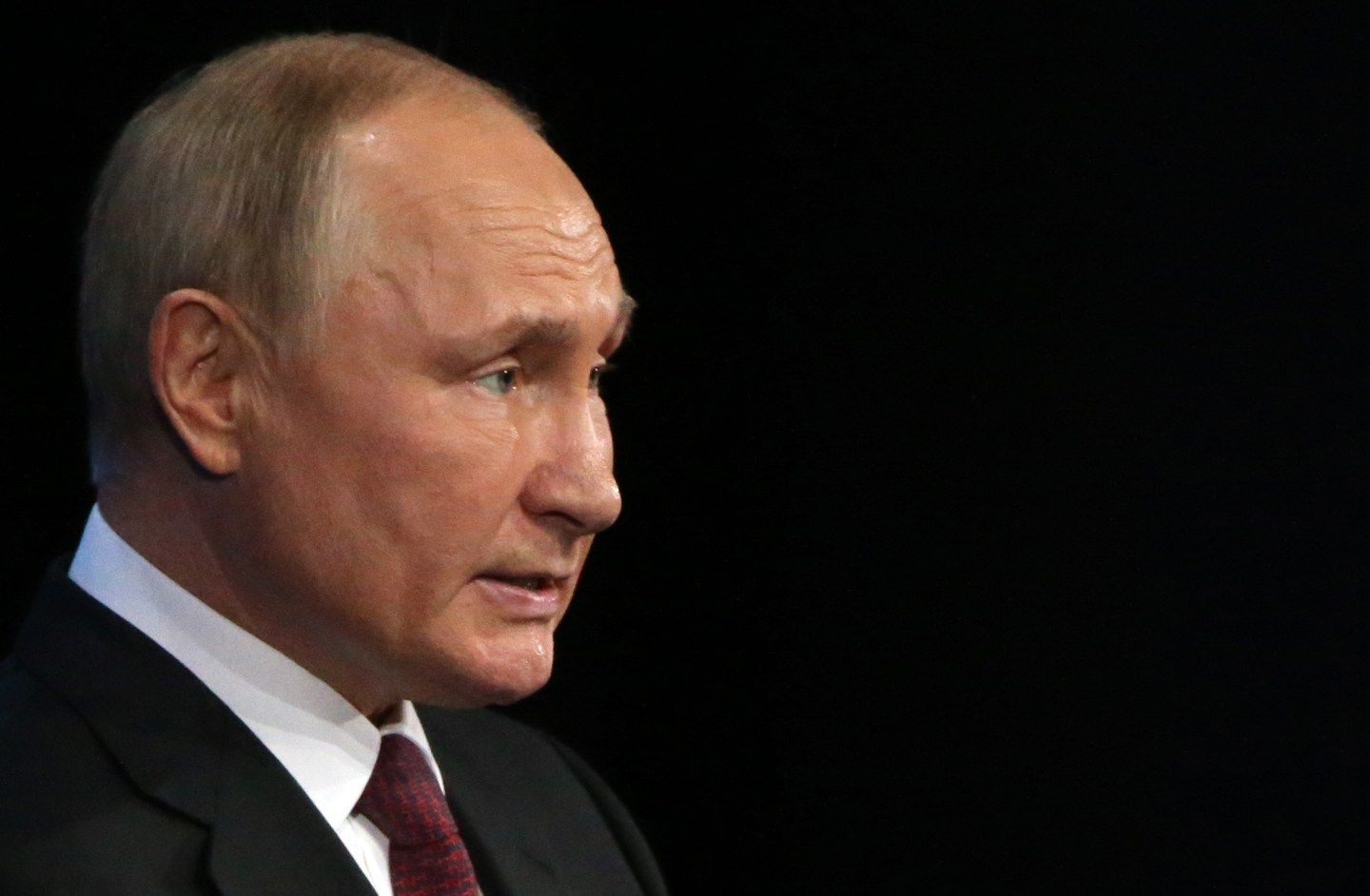 Russia's Vladimir Putin sparked a frantic search for flights out of the country after he ordered a limited mobilization of Russian conscripts to fight in Ukraine.
Getty Images

People want to get out of Russia.

The price of flights is surging as Vladimir Putin prepares to close down his borders to military-age men, and the options for young Russians who do not want to be sent to the front to fight are rapidly vanishing.

Stymied by sanctions that closed down most of Europe’s airspace to aircraft departing Russian soil and unable to afford routes to neutral countries such as Turkey and the United Arab Emirates, the number of searches for “how to leave Russia” (“как уехать из россии“) on Google is soaring.

Obtaining travel visas has already been difficult and time-consuming for Russians since Putin’s unprovoked attack on neighboring Ukraine, which has suffered several major setbacks. The Kremlin’s decision to initially call up army reservists for duty on Wednesday triggered a frantic search for available seats on the next airplane departing the country.

Direct flights from Moscow to Istanbul or Yerevan in Armenia, both destinations that do not require visas for Russians, are already sold out, according to Aviasales. Citing the ticket booking aggregator, Germany’s Bild said the least expensive ticket available from the Russian capital to Dubai cost more than 300,000 rubles (roughly $4,900), or the equivalent of five months’ pay for the average worker.

“We will not distract you, look for tickets,” it wrote on Twitter, a post that garnered nearly 26,000 likes.

Reports emerged late on Wednesday that airlines have been instructed not to sell any more tickets to men of military age barring evidence of approval to travel from the Russian Ministry of Defense.

This comes amid the very real possibility that referenda will be staged in the provinces of Luhansk and Donetsk later this week that ostensibly offer Putin official justification to annex the territory and declare the Donbas region of Ukraine now part of Russia proper.

Doing so could effectively bypass provisions in the country’s constitution that prohibit mobilizing conscripts so long as there is no formal declaration of war against a neighbor and the conflict remains classified as a “special military operation” by the Kremlin.

Draftees could then be deployed to, legally speaking, defend the sovereignty of Russia rather than invade the soil of a foreign nation. On Tuesday, Russia’s state parliament, the Duma, laid the groundwork for this by hastily criminalizing offenses in connection with a possible wide-scale conscription.

For now the government is limiting its ambitions to reservists who already have likely had some form of military training in the past. On Wednesday, Russian defense minister Sergey Shoigu claimed 300,000 men could be called up to serve.

As part of the order, contracts for soldiers have also been automatically extended to be indefinite. According to Politico Europe, the help hotline set up by lawyer Pavel Chikov advising military personnel of their rights was subsequently swamped with 1,000 calls, compared to 4,000 registered in total since early March.

True test of the war’s popularity

Even a limited mobilization may still mean thousands of soldiers piling up in Moscow, the single biggest transport hub linking the furthest reaches of the country, as they wait for trains to the Donbas. Kamil Galeev, a Russian expert and former fellow with the Wilson Center think tank, called this kind of potential powder keg a “revolutionary situation.”

“We are about to find out, I guess, how popular this war is, really, among the Russian public,” wrote Sergey Radchenko, a professor from the SAIS School of Advanced International Studies at the Johns Hopkins University in Maryland.

Putin’s escalation on Wednesday comes only days after Ukraine’s successful lightning offensive around the northeastern area of Kharkiv, a bitter defeat for Russia that broke a grinding stalemate.

The reports of Russian soldiers fleeing amid advancing Ukrainian troops helped shore up confidence in Kyiv’s ability to repel the invading forces at a critical juncture when support in the West had been on the ebb with a winter of soaring energy costs beckoning.

With Russian losses mounting, video footage has emerged in recent days showing Yevgeny Prigozhin, a Putin associate, trying to round up mercenaries recruited from Russian prisons, suggesting the need for fresh reserves.

On Wednesday, however, Russia’s Shoigu asserted that fewer than 6,000 troops had been killed since the invasion began.

That seems to be little comfort to those expecting to be called up to fight. Another search term suddenly gaining in popularity in Russia is “how to break your arm at home.”

[This updates the story with reports a government ban has been imposed on the sale of airplane tickets for military-age men.]