Ukraine thanks U.S. for ‘game changing’ weapons system: But what is the HIMARS? 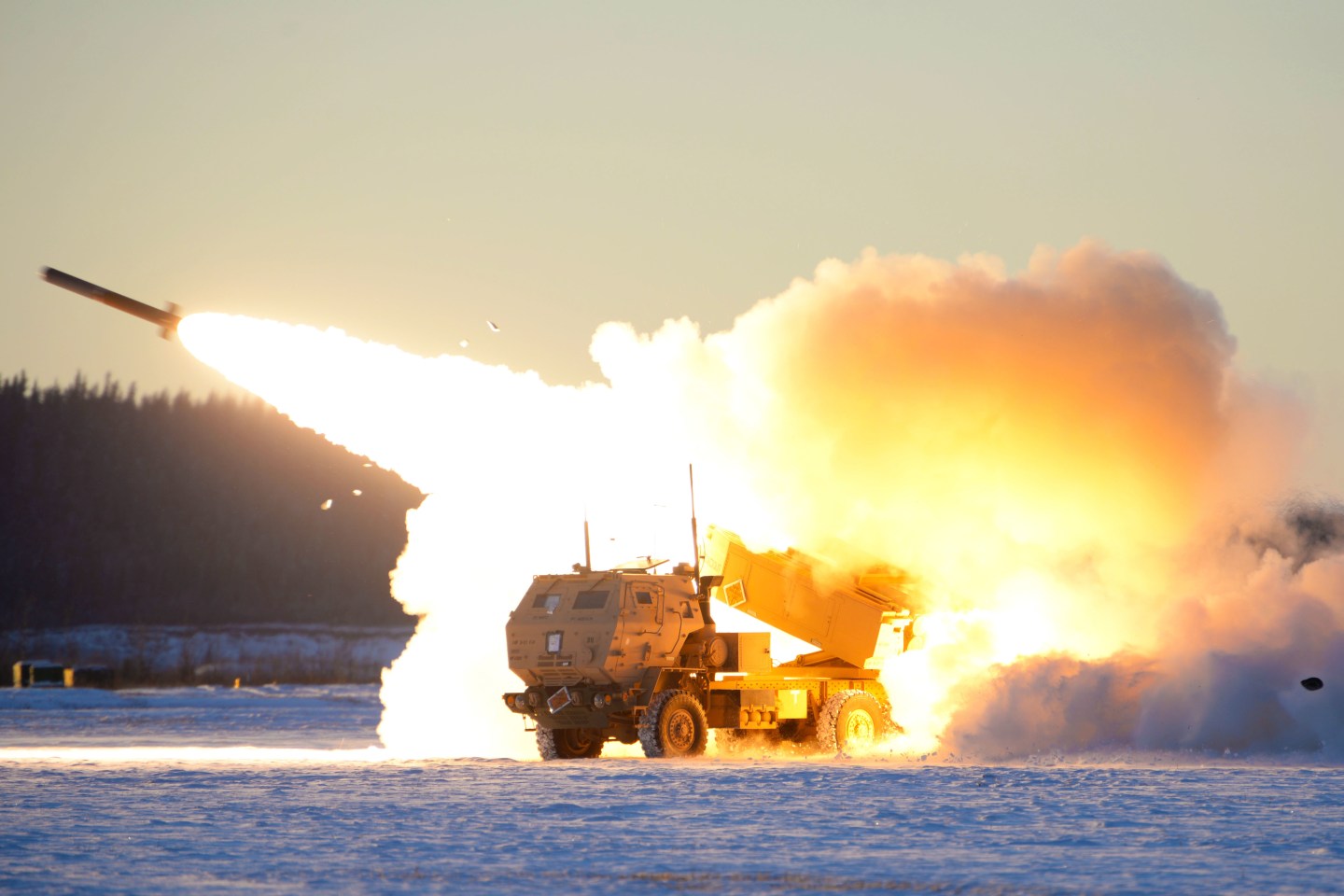 A U.S. Army M142 high-mobility artillery rocket system (HIMARS) is the latest weapon that could turn the tide in Ukraine’s war for independence.
Courtesy of the U.S. Defense Department

Following recent retreats by Ukrainian forces in Severodonetsk and Lysychansk, the effort to repel Russian invaders hinges less on high morale and more on finding an answer to Moscow’s more effective military machine.

Whereas once Ukrainians liberated Kyiv and later Kharkiv, while even sinking the Russian naval flagship Moskva in the Black Sea, the Kremlin has regrouped around its superior artillery capabilities and turned the war into a grinding bombardment that flattens cities and piles up casualties.

Ukraine, however, continues to fight on, and to express his thanks to the Biden administration for its unwavering support, defense minister Oleksii Reznikov posted on July Fourth a photo of one U.S. heavy weapon his government believes is making all the difference.

“Probably the best example of this [support] is HIMARS, which became a game changer at the front lines,” he tweeted symbolically as Americans celebrated their own Independence Day. That kind of high praise has typically been reserved for other proven weapons systems like the Bayraktar TB2 lurking drone.

What is the HIMARS?

Built by military contractor Lockheed Martin, the HIMARS, or high-mobility artillery rocket system, can fire the same type of long-range ordnance as a conventional multiple launch rocket system (MLRS), such as the M270, at targets up to 300 kilometers away. It too can put Ukrainian forces out of range of artillery, while placing the Russian batteries at risk.

A crew consisting of driver, gunner, and launcher section chief operate the system, which carries a payload of six precision-guided missiles. A spent munitions pod can be reloaded in mere minutes by trained soldiers.

Yet it has one key difference—the M142 is not a heavy tracked vehicle, like a tank for example, but instead uses a three-axle wheeled chassis one might find in a commercial semitruck.

“This design offers a unique shoot and scoot capability that enables soldiers, Marines and our allies to position, engage and rapidly relocate after firing,” wrote Michael Williamson, vice president and general manager of missiles and fire control at Lockheed Martin, last year in a LinkedIn post.

Thanks to its light weight, the HIMARS is also easily transportable so it can be utilized in locations otherwise hard to reach. It’s even deployable from a C-130 Hercules turboprop transport plane.

‘Not losing the war’

In service since 2005, the HIMARS has been considered vital to operations against ISIS in Iraq and Syria.

Retired Lt. Gen. Mark Hertling, a former commander of the U.S. Army in Europe and a frequent commentator analyzing the war, praised the HIMARS as the best weapons system around. “More agile, less training required, less maintenance and support,” he wrote at the end of May.

The HIMARS will be sorely needed: Ever since Russian President Vladimir Putin gave up attempting to subjugate the entire country and instead settled on a piecemeal partition of the eastern Donbas region, victories have been fewer and far between for Kyiv.

“I don’t think we can say we’re losing the war,” Oleksiy Goncharenko, a Ukrainian MP, told the U.K.’s Channel 4 on Monday. “In the South, we’re trying to counterattack, and we’re quite effective, [but] in the East the situation is much worse.”

Since the Feb. 24 invasion, the Biden administration claims to have provided $4.6 billion in assistance to Ukraine and approved an additional $40 billion, which includes four M142 high-mobility artillery rocket systems. More HIMARS units may very well be shipped depending on ongoing assessment of their performance on the battlefield.

In advance of an approval, the Pentagon had already begun repositioning them in Europe, since it estimated some three weeks would be needed for Ukrainian forces to be trained to operate and maintain the M142.

Now that they are in action, according to Reznikov, Kyiv’s forces will be able to shell strategic Russian military targets using precision-guided ordnance from a greater distance.

“Right now the howitzers we provided them have about a 30 kilometer range,” said Colin Kahl, undersecretary of defense for policy, during a briefing last month. “The HIMARS have more than twice that, which will allow them—even with fewer systems—greater standoff.”