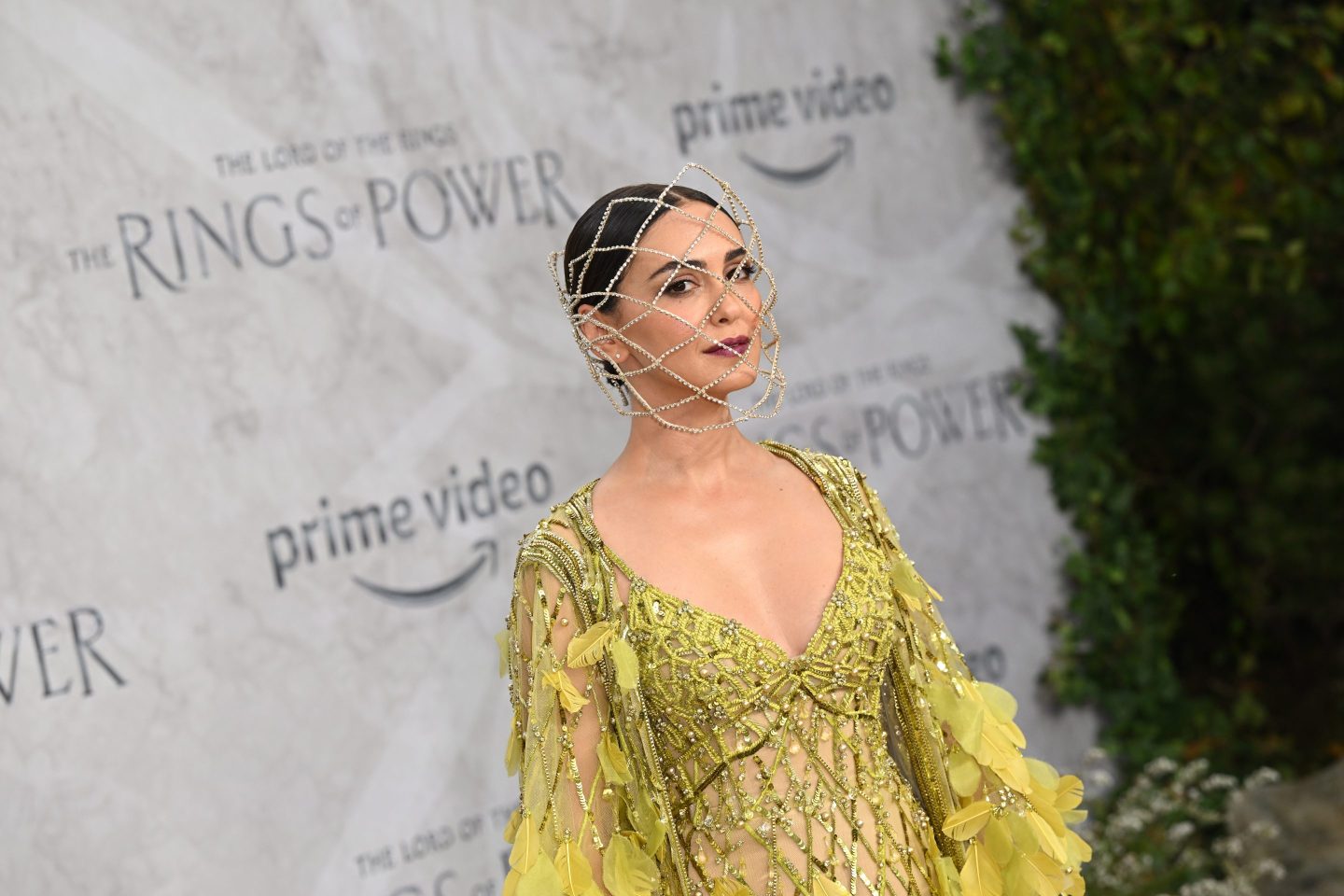 Amazon hasn’t had much to celebrate at the Emmy Awards recently. The company’s Prime Video platform was shut out of the major categories in 2020 and 2021, and the e-commerce giant scored just one significant recognition (best competition series, for Lizzo’s Watch Out for the Big Grrrls) during Monday’s ceremony.

But while critics aren’t enamored with Amazon, there’s a strong case to be made that the streamer has finally found its footing.

After struggling for the better part of a decade to fit in with the theater crowd, Amazon is embracing its destiny as a swaggering jock. The company has landed on a tried-and-true television formula, providing content that appeals more to the American masses—action shows, tense thrillers, live sports—than elite audiences.

The approach follows a confusing stretch of programming at Amazon, whose Prime service boasts the third-most subscribers among streaming platforms (various estimates suggest the number approaches 175 million). In recent years, the e-commerce giant has produced a strange mix of expensive period pieces, middling dramas, and well-reviewed but modestly watched comedies. Amazon scored some success as a higher-brow outlet, peaking in 2019 when Fleabag and The Marvelous Mrs. Maisel combined to score six major Emmy Awards.

In the years since, however, Amazon has struggled to maintain its momentum. In addition to its paltry Emmy haul, Amazon hasn’t offered anything that captured the cultural zeitgeist, à la Succession, Severance, or Mare of Easttown.

Yet, with little media fanfare, Amazon has churned out crowd-pleasing hits.

Amazon also has invested heavily in the cornerstone of modern network TV: live football. The streaming platform struck an 11-year, $13 billion deal with the NFL for exclusive rights to Thursday Night Football, an agreement that kicks off this week. The Wall Street Journal reported last month that Amazon has told advertisers it expects an average of 12.6 million viewers per game over its 15-week broadcast run this year, a huge number for a streaming service.

The biggest splash came earlier this month, when Amazon reported that 25 million people streamed the premiere of The Lord of the Rings: The Rings of Power despite slightly above-average critical reviews. The viewership total would place the show among the year’s most-watched programs in the U.S., though some of its audience comes from overseas. The prequel’s rights fees and production budget totaled $715 million, the Wall Street Journal reported, with an undisclosed number of additional millions spent on marketing.

We may not know for years whether the economics of Amazon’s shift toward broader programming works well for the company. Amazon almost never releases viewership metrics or targets, and the company primarily uses its streaming platform to attract and retain Prime subscribers. The monumental price tags for NFL football and The Lord of the Rings certainly could force Amazon into scaling back its huge investments down the line if the return isn’t sufficient.

For now, though, Amazon finally appears to occupy a clear lane in the streaming wars. While Netflix tries to find hits across all genres, and HBO Max and Apple TV+ double down on prestige programming, Amazon can provide its audience with well-produced, big-budget fare.

And in the end, Emmy statues don’t pay the bills. Subscribers do.

Front and center. Twitter’s former head of security blasted the company during an appearance Tuesday morning before the Senate Judiciary Committee, echoing many of the complaints included in a whistleblower report he filed last month, the Associated Press reported. Peiter “Mudge” Zatko, who served as Twitter’s security chief from late 2020 to early 2022, told committee members that company leaders “don’t know what data they have, where it lives, and where it came from.” Twitter shareholders voted Tuesday to approve the $44 billion sale of the company to Elon Musk, who is trying to back out of the deal.

The ride is over. Peloton executive chairman and cofounder John Foley is resigning from the board and completely stepping away from the foundering fitness company, Bloomberg reported Monday. Foley’s decision comes seven months after he resigned as CEO of Peloton, which has seen its stock price sink 91% in the past year amid a series of management missteps and a slowdown in demand for its fitness hardware. Fellow cofounder Hisao Kushi is also leaving his post as chief legal officer. Peloton shares sank 9% in midday trading Tuesday.

Holding steady. Oracle hit Wall Street’s fiscal first-quarter revenue estimates but fell fractionally short of expectations for earnings and second-quarter guidance, CNBC reported. The software giant totaled $11.45 billion in revenue for the quarter ended Aug. 31, an 18% year-over-year jump, as demand for its cloud infrastructure offerings continued to rise. Oracle shares were unchanged in midday trading Tuesday amid a broader market selloff in which the Nasdaq sank more than 4%.

Falling out of focus. Google has scrapped plans for producing another generation of high-end Pixelbook laptops, choosing instead to focus on its Chrome operating system software, The Verge reported Monday citing sources familiar with the decision. Google’s last Pixelbook, which debuted in 2019, struggled to find an audience amid the proliferation of lower-cost Chromebooks that offered many of the same features. The CEO of Google parent Alphabet, Sundar Pichai, has spoken in recent weeks about impending cutbacks designed to stem a slowdown in sales growth across the company.

Compromising on China? As if Twitter didn’t have enough controversy swirling around the company. Reuters reported Tuesday that local governments and propaganda offices in China have been increasingly buying ads on Twitter, even after the company moved in March to rescind all exemptions given to state media advertising on the platform. The report adds to questions about whether Twitter has allowed the proliferation of Chinese propaganda as part of an effort to placate investors frustrated with modest revenue growth at the company. Twitter is banned in China, though government officials have used the platform to promote the republic, and some Chinese companies have advertised on the site outside the mainland.

A Reuters review of publicly available government tenders, budget documents and promoted tweets from 2020 to 2022 shows local government authorities and Chinese Communist Party propaganda offices for cities, provinces and even districts across the country have flocked to Twitter to buy ads.

The promotions, often outsourced by local governments to state media, pitched local attractions, as well as cultural and economic achievements, to an international audience, and were permitted under an exemption to Twitter’s ban on state-media advertising.

Trevor Milton founded buzzy EV company Nikola and positioned himself as the next Elon Musk—then his $34 billion house of cards came crashing down, by Christiaan Hetzner

Grindr names a new CEO as it prepares to go public, by Alena Botros

Miners say they plan to fork Ethereum within 24 hours of ‘merge,’ by Taylor Locke

Shake Shack and YouTube team up for new menu items, by Chris Morris

Why every business executive should pay attention to Twitter’s whistleblower case, by Eric Noonan

R-E-C-Y-C-L-E. Here’s a new word for Merriam-Webster to consider: “e-wastepocalypse.” Protocol used the portmanteau Monday to describe the climate questions surrounding Ethereum’s imminent Merge, an upgrade in cryptocurrency mining protocols that will render massive amounts of hardware outdated. While the change is expected to cut Ethereum mining’s carbon footprint by 99%, the shift will leave behind thousands of pieces of mining equipment destined for landfills. Miners can repurpose or recycle their hardware, but recent history suggests only a small portion of electronics waste is disposed of in an environmentally friendly way. It’s not immediately clear how much mining detritus will be left behind by the Merge.