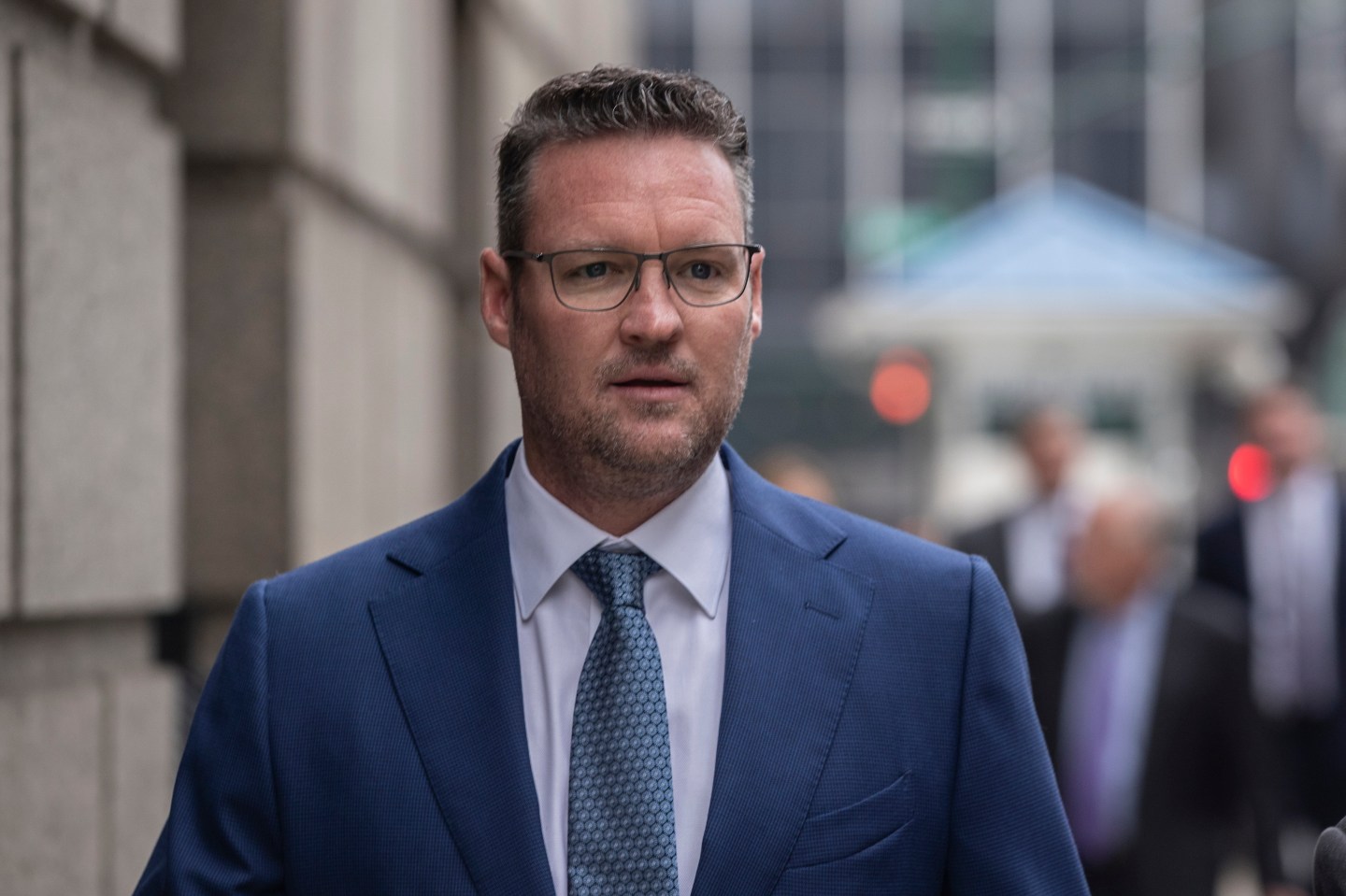 Trevor Milton, founder of Nikola Corp., arrives at court in New York, US, where he faces a securities-fraud trial beginning this week on allegations that he lied about his company's development of environmentally friendly technology.
Victor J. Blue—Bloomberg via Getty Images

For many, he’s the worst fraudster since Elizabeth Holmes fooled some of the world’s smartest people with her blood testing company Theranos.

Trevor Milton is due in court today, where he will stand trial for manipulating investors with promises he was the next Elon Musk and his company, Nikola Corp., the next Tesla.

He even duped a gullible General Motors, who signed a partnership just weeks before his elaborate ruse was uncovered.

It wasn’t until Hindenburg Research’s Nate Anderson unveiled nearly two years ago to the day that his fuel cell semi was a sham that the house of cards he so meticulously constructed came crashing down.

The rise of Nikola

First unveiled as a prototype to the public in December 2016, the Nikola One semi truck “dared to reimagine” the modern truck by running on pure hydrogen with only water vapor as a tailpipe emission.

While this technology exists today, it has never been successfully produced and sold at mass scale due to its prohibitive costs. Only Toyota, its partner BMW and Hyundai are still clinging to the technology as an alternative to battery-powered passenger cars.

So when the stock debuted in 2020 via a reverse merger with a blank-check investment vehicle known as a SPAC, investors snapped up shares to get in on the ground floor of the next Tesla. Sure enough, its market cap briefly surpassed that of industry veteran Ford, surging to $34 billion despite Nikola never having brought a single product yet to market.

More lies ensued in the process, as it rushed out announcements it could produce hydrogen cheaper than anyone else, had a game-changing battery technology up its sleeve and would build a new pickup truck called the Badger for the lucrative retail market.

General Motors agreed in September 2020 to a manufacturing partnership receiving 20% of its shares as part of a deal to build its Badger, lifting the value of its stock yet again.

At the time shares in Tesla had begun their unprecedented pandemic surge as many retail investors, in lockdown and working from home, had time and money to spare.

This new class of shareholder believed traditional automakers to be doomed in the long term, saddled with stranded assets like combustion engine plants that would have to be written off, and preferred high-growth startups with lofty dreams.

Milton preyed on this type of investor. “The generation that is investing now cares more about the environmental impact of what you’re doing than they do if you’re six months or eight months from revenue,” he told CNBC’s Fast Money in June 2020. “They don’t care, they’re like, you know what, you’re changing the world, you’re going to reduce emissions more than anyone else, we’re invested into you.”

Days later it dropped a bombshell report that the 1,000-horsepower Nikola One truck featured in its promotional video, in reality, had no drivetrain at all and was in fact merely filmed cleverly as it rolled down a hill, documenting a raft of further misstatements that took advantage of investors’ willingness to believe.

“Nikola is an intricate fraud built on dozens of lies over the course of its founder and executive chairman Trevor Milton’s career,” Anderson’s professional short-selling firm reported, adding it had “never seen this level of deception at a public company, especially of this size.”

A point-by-point rebuttal promised by Milton never ensued. Instead, all he could offer were half-denials.

Shortly thereafter he stepped down as CEO. In July 2021, the Securities and Exchange Commission filed charges against Milton. That December, Nikola Motors settled out of court with the SEC over fraud charges, agreeing to pay a $125 million fine.

Its stock is currently trading over 5% lower, but it still manages to hold a market cap of $2 billion as the company has finally brought a truck to market, the Nikola Tre. That is, however, largely thanks to the efforts of its partner CNH Industrial, whose Iveco Daily serves as the underlying product.

On Tuesday, Milton will have to answer for his years of deception.