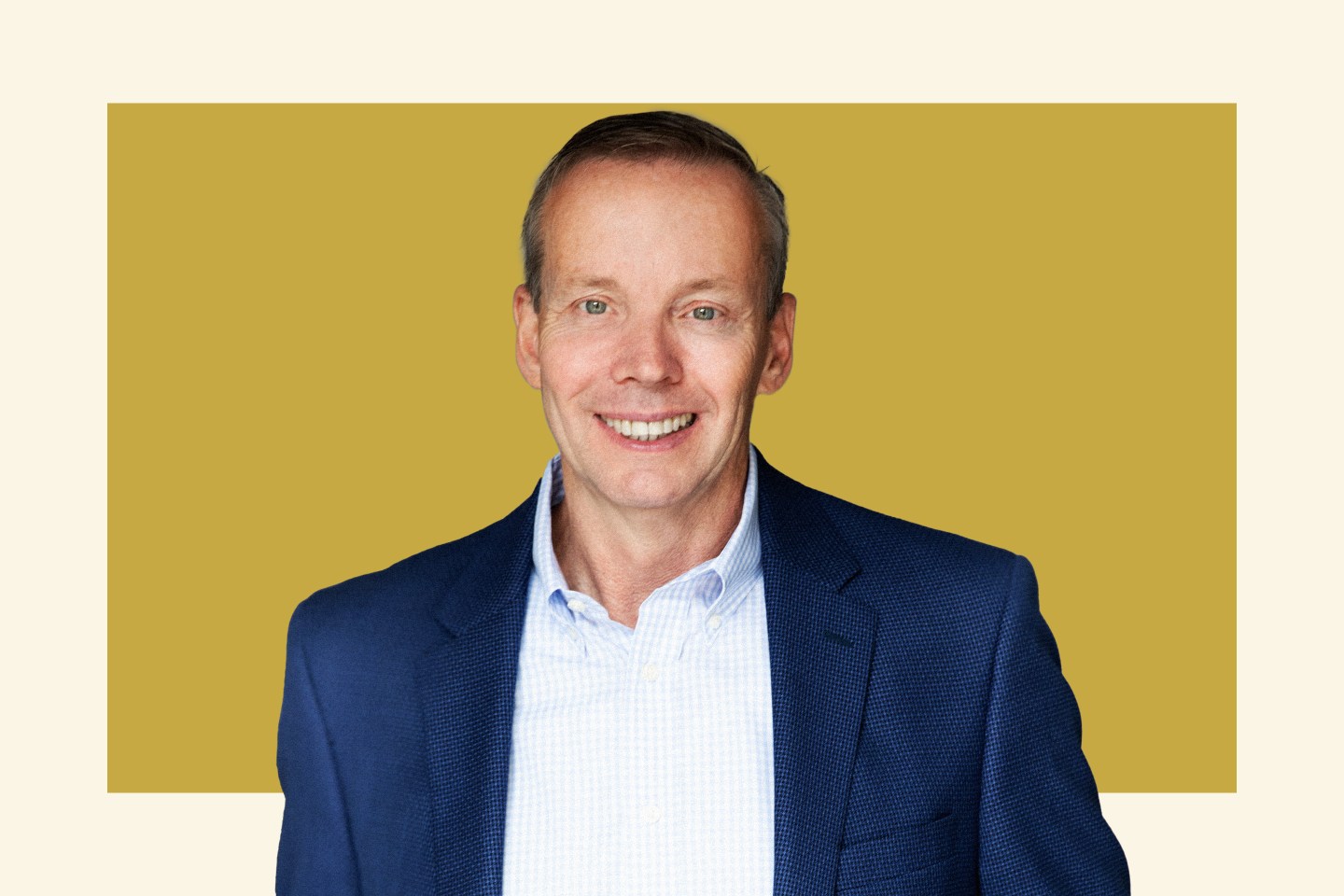 “I’m optimistic about long-term technology trends,” Dell Technologies CFO Tom Sweet told me. “You and I both know, these days, there isn’t less, but more data getting created.”

I talked with Sweet in person yesterday about how the Fortune 50 multinational tech company is finding growth opportunities amid a macro environment and hiring adjustments. Dell, based in Round Rock, Texas, recently reported Q2 revenue of $26.4B, representing a 9% growth rate year over year, driven by growth across the Client Solutions Group and Infrastructure Solutions Group, beating diluted EPS estimates.

In 2021, more remote work meant more demand for Dell’s desktops and laptops. But “coming into this year, we talked about how the PC demand environment would be a bit softer,” Sweet explains. “And the infrastructure business (servers and storage) would be a bit stronger,” he says. “So far, that’s played out.” The company continues to “invest in strategic growth areas like telecom and multi-cloud solution capabilities that we’re building out,” Sweet says.

“Now, obviously, the client space is a little softer than what we had thought, given the global economic dynamics that are going on,” he says.

So, I asked Sweet how Dell plans to keep its momentum amid high inflation, rising interest rates, and consumers being pinched.

“In times like these, you tend to look for counter-cyclical opportunities,” he explains. “Think about what industry verticals are growing right now—the energy industry, health care, defense and government spending. These are areas where you’ve got to take advantage of the opportunities.”

Another focus area is “making sure that our pricing strategies are appropriate for the market,” Sweet says. “Fifty percent of Dell’s revenue comes internationally, and currency fluctuation has been pretty significant,” he says. “Our selling prices are generally local currency.” As the dollar has strengthened, adjusting pricing “has been a careful balancing act,” Sweet says.

In regard to cost control actions, “In early June, we decided to pause external hiring except for a few strategic areas, just to be prudent as we try to think through, ‘What does the back half of the year look like?’”

– Dell’s still hiring for its telecom business, which is focused on the 5G rollout, and helping providers put modern infrastructure into their networks, he says.

– “From a finance perspective, there are certain things that are not voluntary,” Sweet explains. “You’ve got to have the right statutory and tax reporting. In those areas, we’re hiring as well.”

– Dell’s leadership team is also focused on developing young talent. “We continue to invest and hire in the undergraduate space,” Sweet says. “We wanted to ensure our entry-level programs into Dell, and our campus-level programs continue. We think the right thing to do over the long term is bringing that talent in, right out of school and develop them internally versus trying to go out and hire talent away from other companies.”

Speaking of talent, in a LinkedIn post on Wednesday titled “Culture is Key to Hybrid Work,” Michael Dell, CEO of the company, weighed in on the ongoing return to work debate. “From my experience, if you are counting on forced hours spent in a traditional office to create collaboration and provide a feeling of belonging within your organization, you’re doing it wrong,” Dell writes. “Technology’s ability to create a do-anything-from-anywhere world, also enables you to create a strong corporate culture anywhere, all the time.” When it comes to hybrid work, the company has empowered its managers, who have teams distributed around the globe, to talk with team members to decide what works best, Sweet says.

Before we wrapped up our conversation, I asked him what he does during his downtime when he’s not in the office strategizing. “I’m a big family guy,” Sweet told me. He and his wife hang out with their five grandkids, he says. And he’s into sports. “I grew up in Michigan,” Sweet says. “So I’m a long-suffering Detroit Tigers and Detroit Lions fan.”

A new Gallup report finds that "quiet quitters" make up at least 50% of the U.S. workforce, and the trend could get worse. Gallup defines quiet quitters as employees who do the minimum required and are psychologically detached from their job. During the second quarter of 2022, U.S. employee engagement took another step backward, with the proportion of engaged workers remaining at 32%, but the proportion of actively disengaged increasing to 18%, the report found. "The ratio of engaged to actively disengaged employees is now 1.8 to 1, the lowest in almost a decade," according to Gallup. The findings are based on a random sample of 15,091 full- and part-time U.S. employees aged 18 and over, surveyed in June of 2022.

Inside Operation London Bridge: The plan for what happens after the Queen dies by Chris Morris

Laura Crossen was named interim CFO at Bed Bath & Beyond (Nasdaq: BBBY), effective Sept. 5. Crossen is the company’s senior vice president of finance and chief accounting officer. The company announced on Sept. 4 that Gustavo Arnal, EVP and CFO, who joined the company in May 2020, passed away on Sept. 2. Local reports confirmed that Arnal fell to his death on Sept. 2 from a Manhattan skyscraper. His death was then ruled a suicide. (A timeline leading up to the death of Bed Bath & Beyond’s CFO.) Crossen has worked at Bed Bath & Beyond for more than 20 years, the company said in June when she was promoted from her role as senior vice president of treasury, tax, and finance transformation to chief accounting officer. Before joining Bed Bath & Beyond, she was an executive at Delia’s, an apparel retailer.

Jeff Hoffmeister was named CFO at Shopify Inc. (NYSE, TSX: SHOP), an internet infrastructure provider for commerce. Hoffmeister succeeds Amy Shapero, who is stepping down following the company’s third quarter 2022 earnings announcement on October 27, 2022. He will join Shopify from Morgan Stanley, where he spent over two decades in its Technology Investment Banking group. Before his current role overseeing the team in New York and co-heading the Americas Tech Banking team, Hoffmeister ran the firm’s EMEA Tech Banking practice. Before Morgan Stanley, he held various finance, auditing and M&A roles at other companies, including PricewaterhouseCoopers.

Perry G. Del Vecchio was named CFO at Alico, Inc. (Nasdaq: ALCO), an agriculture and land management company, effective Sept. 6. Del Vecchio will be responsible for all corporate finance, treasury and accounting functions of the company and will report directly to John Kiernan, the president and CEO. Del Vecchio served as a VP and the controller for Lexyl Travel Technologies in West Palm Beach, Florida. He spent most of his career in financial management positions within the Hertz organization.

Mike Maguire was promoted to CFO at Truist Financial Corporation (NYSE: TFC), effective Sept. 15. Maguire succeeds current Truist CFO Daryl Bible, whose retirement was announced in May. In his current role, Maguire leads Truist’s consumer finance and payments businesses. Prior to this role, Maguire served as the head of enterprise partnerships and investments. Before that, he led the technology and services investment banking group for Truist Securities.

Jorge Garcia Martell was named CFO at OneSpan (Nasdaq: OSPN), a digital agreements security company, effective Sept. 6. Martell replaces Jan Kees van Gaalen, who concluded his role as the company’s interim CFO. Martell most recently served as CFO and treasurer at Extreme Reach, Inc. Before assuming the CFO role, Martell served as Extreme Reach’s VP of finance and corporate controller. Prior to Extreme Reach, he was the assistant corporate controller, director of finance and treasurer at Sapient Corporation.

Mikko Jaatinen was named CFO of Coolbrook, a technology and engineering company. Jaatinen was previously heading Group Treasury’s Funding & Markets team at Neste where he led funding operations and its entry into the world of green finance. He also managed the financial market risks and its operations. In his role as CFO at Coolbrook, Jaatinen will ensure that the company’s financial strategies and policies support its global partnerships and commercial relationships.

“The Fed has the responsibility for price stability, by which we mean 2% inflation over time. The longer inflation remains well above target, the greater the risk the public does begin to see higher inflation as the norm, and that has the capacity to raise the costs of getting inflation down.”