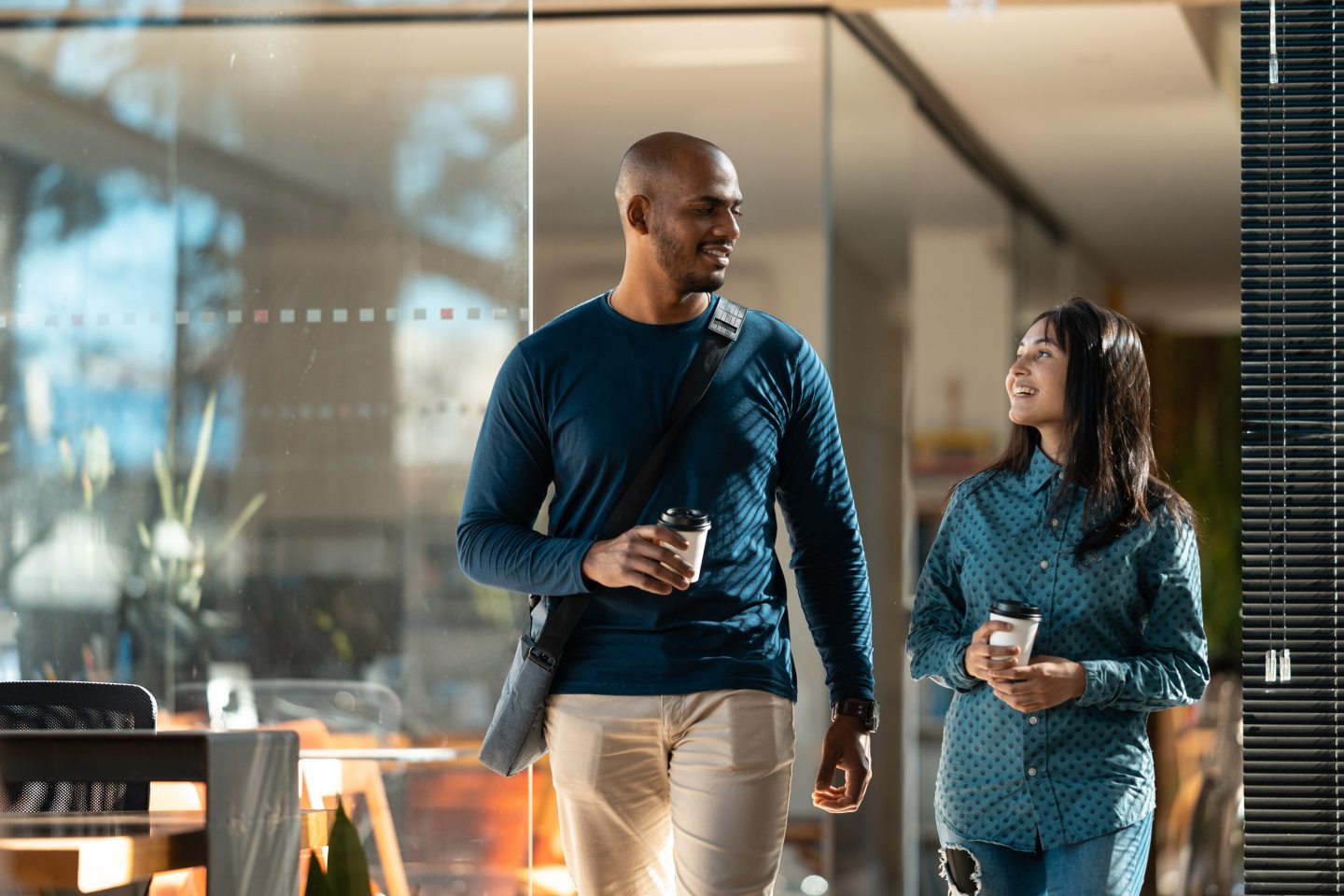 Some experts predict the slowing economy will offer employers more leverage to bring employees back into the office.
Getty Images

Children are heading back to school, and after Labor Day, many employees will be trudging back to the office—at least that’s what employers want. The return-to-office push is still alive and well, with large companies like Apple, Comcast and Peloton reinstating RTO plans. But as seen by Apple employees in recent weeks, workers aren’t giving up their location freedoms without a fight.

The return-to-office back-and-forth has been dizzying. One month employers are chomping at the bit to bring workers back, the next they’re backtracking and promising continued flexibility. But this time around might be different.

In a piece published this morning, Fortune’s Paige McGlauflin breaks down the latest return-to-office showdown and chronicles best practices for coaxing workers back into the physical workplace.

A few factors are at play here that might work to an employer’s advantage, she writes.

First, some experts predict that the slowing economy will offer employers more leverage than they’ve had in recent years. But that doesn’t mean they can easily bring down the ax. The labor market remains tight, and employees have made clear that they prefer flexibility and will look elsewhere if such accommodations are denied.

By the numbers: Over 50% of U.S. employees say not being able to work remotely or in a hybrid arrangement permanently would be an employment deal breaker, according to Mercer’s 2022 Global Talent Trends study. And that loss doesn’t come cheap. It could cost leaders as much as 50% to 250% of a single employee’s salary to replace them.

But it’s not all bad news. If leaders wish to bring their employees back to the office, experts offer some guidance to ensure the transition is smooth, starting with clear communication. It’s not enough to demand that workers return; they want to know why.

To be sure, employers can take a more antagonistic approach and threaten to terminate employees who fail to comply. But that likely won’t bode well for employee morale and motivation. Moreover, employees will question why they are forced to come into the office if they’re sitting in cubicles and attending video meetings—all things they can do from the comfort of their own homes.

It’s also imperative that employers make the days employees are required to come to the office feel meaningful and like they’re worth the commute. Word to the wise: perks like free lunches will no longer cut it. “This will likely not be the final return-to-office showdown between employees and corporate leaders, but it will certainly be closely watched as employees and employers jockey for who has the last word on return to work,” writes McGlauflin. “And if employers want to emerge victorious, they’ll have to take a different approach: prioritizing transparency to understand and address employee hesitations about returning to the office, and truly making coming back to the office worthwhile for workers.”

Employers seeking tech workers may be wasting their time waiting for “ready-made” talent. That’s according to a report released today by McKinsey Global Institute, exploring some of the most common hesitations employers have when hiring tech talent. Key takeaway? Many employers are still caught up on recruiting candidates with the perfect résumé.

Recruiting highly-skilled tech workers has become all the more challenging amid the ongoing labor shortage, and many employers outside of the tech sector have found themselves at a steep disadvantage when recruiting seasoned tech professionals. While some companies have gone the route of hiring candidates with non-traditional backgrounds and upskilling talent to bridge the gap, others remain wary of hiring based on potential rather than a proven work history. This ultimately prolongs the time it takes to fill open positions.

McKinsey's research analyzed the online work histories of 280,000 established tech professionals to see whether having a background in tech really matters. It turns out that hiring non-tech workers based on potential might be worth the risk in the long run. Some important findings:

- The California State Senate passed a bill that will establish a council to oversee working conditions and wages for the entire fast-food industry. It brings workers one step closer to being able to bargain industrywide rather than just with individual employers. New York Times

- Snap plans to layoff approximately 20% of its 6,400 employees. Its hardware division and the team developing in-app games will be hit the hardest. The Verge

- The National Labor Relations Board ruled that Tesla can’t restrict employees from wearing clothing with union logos and slogans. Tesla previously instituted a policy that required employees to wear either black shirts or ones with the company’s logo. Business Insider

Mr. Robot-o. Companies are turning to robots to help fill the labor gap. For the third straight quarter, robotics sales in the U.S. hit all-time highs, according to the Association for Advancing Automation. Car manufacturing continued to be the top industry in terms of total usage. —Tristan Bove

Open for business. There were two job openings for every unemployed person in July, with 11.2 million job openings in the U.S., according to the Labor Department. However, the quits rate reached a one-year low of 2.7%. —Reade Pickert

Forever indebted. Despite a strong job market and high education levels, millennials have fewer economic opportunities than previous generations because they're saddled with student debt, according to a study from the National Bureau of Economic Research. —Chloe Berger