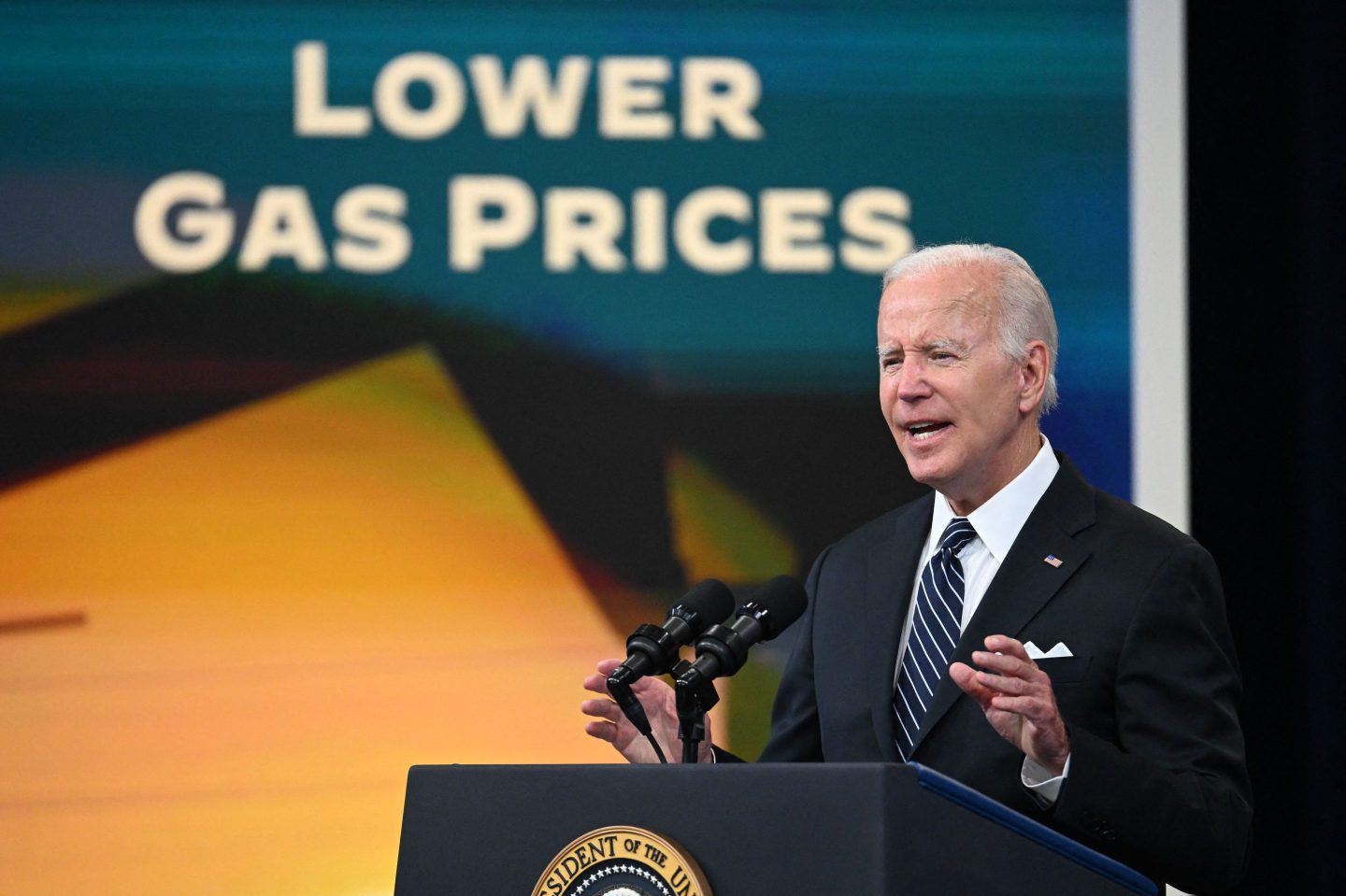 Gas prices have dropped more than 21% from their June 14 peak of $5.01 per gallon to just $3.94 on Wednesday, according to the American Automobile Association, and experts say consumers are starting to take note.

Economists and industry analysts say this shows that shoppers are finding ways to maintain their spending even in the face of a slew of economic challenges.

“Retail sales are holding their own right now. That’s actually a pretty good sign for consumers and the economy, all things considered. The biggest questions moving forward are how long inflation will remain high, and how much consumers will change their behavior as a result,” Ted Rossman, a senior analyst at Bankrate, said.

While gas prices are up 24% from a year ago, consumers are feeling some relief from the recent price decline at the pump, allowing them to spend elsewhere. As a result, nine of the 13 retail categories detailed in the Commerce Department’s report on Wednesday showed increases in sales in July.

“Retail sales numbers tell us that as gas prices fell, consumers had more money in their pockets for other items such as furniture and electronics,” Jeffrey Roach, LPL Financial’s chief economist, said.

That’s likely music to the ears of President Biden, who has been desperately attempting to lower gas prices amid sinking approval ratings.

The Biden administration has released 180 million barrels of oil from the Strategic Petroleum Reserve, questioned oil and gas company CEOs over their firms’ record profit margins, and called on gas stations to not take advantage of the situation by hiking retail prices—all in an effort to combat rising gasoline costs.

But despite the efforts, just 12% of Americans believe Biden’s policies have been effective, according to a July CNBC survey. And the reality of the latest retail sales report is likely more of a mixed bag than the president wanted, even if falling gas prices have helped buoy consumer spending.

Not all good news

Despite the resilience seen in the latest retail sales numbers, Wednesday’s report wasn’t all good news.

Falling gas prices have helped consumers continue spending despite inflation rates unseen in four decades, but shoppers are getting less for their money as retail sales figures don’t take inflation into account. In inflation-adjusted terms, overall sales were up only 0.1% relative to last year in July.

Many consumers are also looking to credit cards to fund their spending as their budgets are squeezed by inflation. Total card spending rose 5.4% compared with a year ago last month, Bank of America found.

“The high inflation environment is weighing on consumer morale and purchasing power, and it is forcing many households to dip into savings and use credit,” EY Parthenon’s chief economist Greg Daco said.

On top of that, consumers are now saving far less than they did before the pandemic. The personal savings rate, which measures consumers’ savings as a percentage of disposable income, fell to 5.1% in June, well below February 2020’s pre-pandemic 8.3% figure.

The latest retail sales data only adds to the debate over whether the U.S. economy is in a recession as well. While gross domestic product (GDP) has contracted for two consecutive quarters, leading many to claim the U.S. is already in a recession, most economists argue it’s not official until the National Bureau of Economic Research, a nonprofit research organization, declares it so.

The labor market also added 528,000 jobs in July, recovering all the jobs lost early in the pandemic, and industrial production rose 0.6% last month after two straight months of contraction, showing durability in the manufacturing industry. That’s not exactly a recessionary economy, experts say.

“Retail sales were flat in June, but were up faster than core inflation if excluding gas station and motor vehicle and parts sales. With robust job growth, a drop in the unemployment rate, and an increase in most categories of retail spending, the economy was not in a recession in July,” Bill Adams, chief economist at Comerica Bank, said. “A European energy crisis this winter continues to be the biggest downside risk to the economic outlook; however, current data is holding up and indicating that the surge in food and gas prices through midyear was not enough to push the U.S. economy into a recession.”

While many investment banks have said they believe an economic downturn is all but guaranteed, with JPMorgan Chase CEO Jamie Dimon even arguing “something worse” than a recession could be coming, only time will tell if the U.S. will truly enter a recession. The good news for businesses: Falling gas prices are helping Americans maintain their spending.