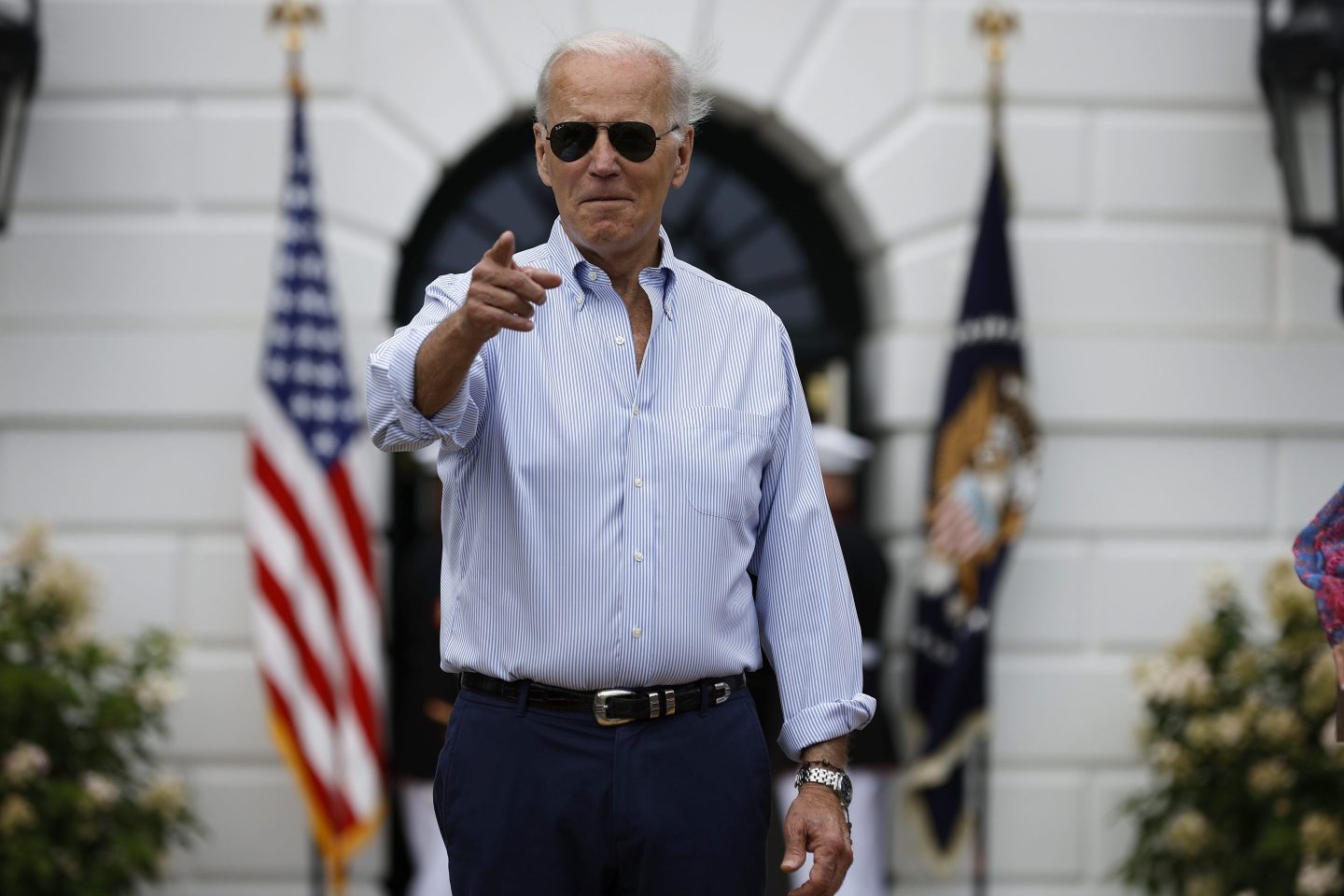 President Joe Biden arrives at the Congressional Picnic on the South Lawn of the White House on July 12, 2022 in Washington, DC.
Chip Somodevilla—Getty Images

Just 36% of Americans now say they approve of how Biden is handling the presidency, marking the worst rating of his tenure, CNBC’s July All-America Economic Survey shows.

The President’s approval rating has dropped 12 points since this time last year and is now 1 point lower than former President Donald Trump’s worst rating. Soaring consumer prices and recession fears have been the main drivers of Biden’s sinking standing among Americans.

Inflation hit yet another four-decade high in June, rising at a 9.1% annual rate, despite the Federal Reserve’s aggressive interest rate hikes that are intended to combat the problem. And some 50% of economists surveyed by Bloomberg in June expect a recession within the next 12 months.

Economists’ pessimism along with a wave of recession predictions from Wall Street led a record 52% of Americans surveyed by CNBC in July to say the economy will get worse over the coming 12 months, while only 22% argued it will improve.

As a result, Biden’s approval rating for how he’s handling the economy, rather than his overall performance, dropped to just 30% this month, another record low. Former President Barack Obama’s worst economic approval rating was 37%, while Trump’s was 41%.

Biden has blamed the pandemic and Russian President Vladimir Putin’s war in Ukraine for the persistent inflation plaguing the U.S., going so far as to call current inflationary pressures “Putin’s price hike” in a late March statement from the White House.

Since May, however, the Biden administration has said that bringing consumer prices back down to earth is its top priority. To that end, Biden has released 180 million barrels of oil from the strategic petroleum reserve to counter rising gas prices so far this year, attacked oil CEOs over their firms’ record profit margins, and called on gas stations to reduce prices at the pump.

Despite the efforts, some 51% of Americans said in CNBC’s new survey that they believe the President’s inflation-fighting efforts have made no difference, while 30% believe they are making things worse, and only 12% believe they are helping.

In a July 13 statement following the release of June’s inflation data, Biden admitted that inflation remains “unacceptably high,” but noted that the consumer price index (CPI) is a backward-looking inflation gauge, and there are signs consumer prices may be quietly declining.

“Falling commodity prices might mean that inflation is already slowing and that the most recent report—as President Biden put it on Wednesday—is ‘out of date,’” Michael Weisz, the co-founder and chief investment officer of the alternative investing platform Yieldstreet, told Fortune on Friday.