There was substance behind Carlos Ghosn’s style, but his legacy will be defined by his hubris 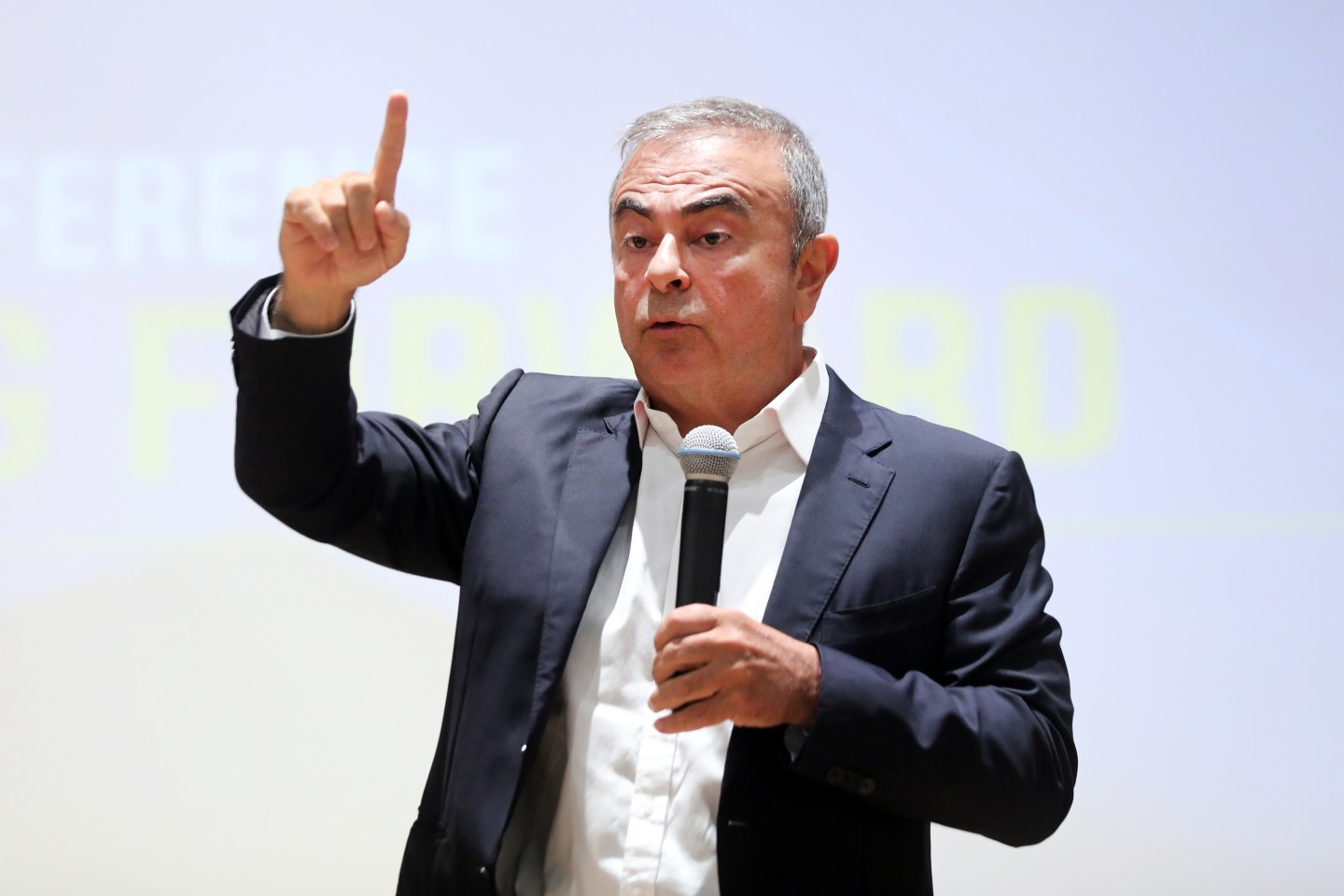 As someone who has spent hundreds of hours interviewing CEOs, I have a soft spot for Carlos Ghosn. He was always colorful, confident, charismatic. And there was substance behind his style. His remarkable turnaround of Nissan earned him a place in Japanese superhero comics. His early push for the electric car should earn him a place in history. And his unique, multi-continent leadership marked a high point in business globalization. During a wide-ranging interview a decade ago, he told me this about the difference between managing Japanese and French employees:

“Being a CEO in a Japanese company, it is absolutely remarkable, because you have the impression you can do anything you want. People are so deferent to authority, to what the CEO says…I’m coming from a Latin environment, where if you give an order people tell you yes, and they do something different…In a Latin environment, you are less careful, because you know anyway people are not going to follow.”

It turned out, of course, that his Japanese colleagues were less deferential than he thought. They conspired to have him arrested for misuse of corporate funds, setting the stage for his renowned jailbreak.

All this is brilliantly told in a new book out tomorrow titled Boundless: The Rise, Fall, and Escape of Carlos Ghosn, by Nick Kostov and Sean McLain. I took a review copy to the beach last week and can recommend it as a highly engaging read. But I also came away with a sense of sadness that Ghosn’s legacy will be defined, not by his numerous and remarkable business successes, but by his hubris, his relentless appetite for money and power, his cavalier use of corporate resources, and his spectacular flight from justice. One lesson for those who follow: Renting out Versailles for the corporate party is not a good look.

The book’s authors interviewed Ghosn from his exile in Lebanon, and report that he has no regrets…save one: not grabbing the top job at General Motors when it was offered in 2009.

More news below. And worth noting this morning that Eli Lilly—the second-largest company in Indiana—came out strongly against the state’s comprehensive abortion ban, saying it will hinder the company’s “ability to attract diverse scientific, engineering, and business talent from around the world” and will lead Lilly “to plan for more employment growth outside our home state.”

The U.S. Senate has passed the Inflation Reduction Act, which is (among other things) the U.S.’s strongest climate-protection legislation yet. The package also caps out-of-pocket drug costs for seniors on Medicare. It was a down-the-line party vote, with Vice President Kamala Harris breaking the tie. The House will vote next. Fortune

SoftBank posted a whopping $23 billion loss for the three months to June, thanks to the tech selloff’s effect on its Vision Fund, which itself posted a $26 billion loss in May. SoftBank founder and CEO Masayoshi Son: “The world is in great confusion.” Fortune

There has been intense fighting around Europe’s largest nuclear power plant, Zaporizhzhia in southeastern Ukraine, with shelling damaging some facilities there. The International Atomic Energy Agency and various other representatives of the international community are horrified, and Ukraine and Russia (which has been using the power station as a military base) are blaming each other. Washington Post

Sheryl Sandberg is officially done as Meta COO. What really changed for top-ranking women during her tenure?, by Maria Aspan

How the CFOs of Block and CarParts.com are decoding where consumer spending is heading, by Kevin Kelleher

Top central banker says the Fed is ‘far from done yet’ on bringing inflation down, implying a lot more pain ahead for the stock market, by Bloomberg

Monkeypox at a day care was ‘only a matter of time,’ expert says. Next up: Pools, sports, schools, by Erin Prater