How the CFOs of Block and CarParts.com are decoding where consumer spending is heading 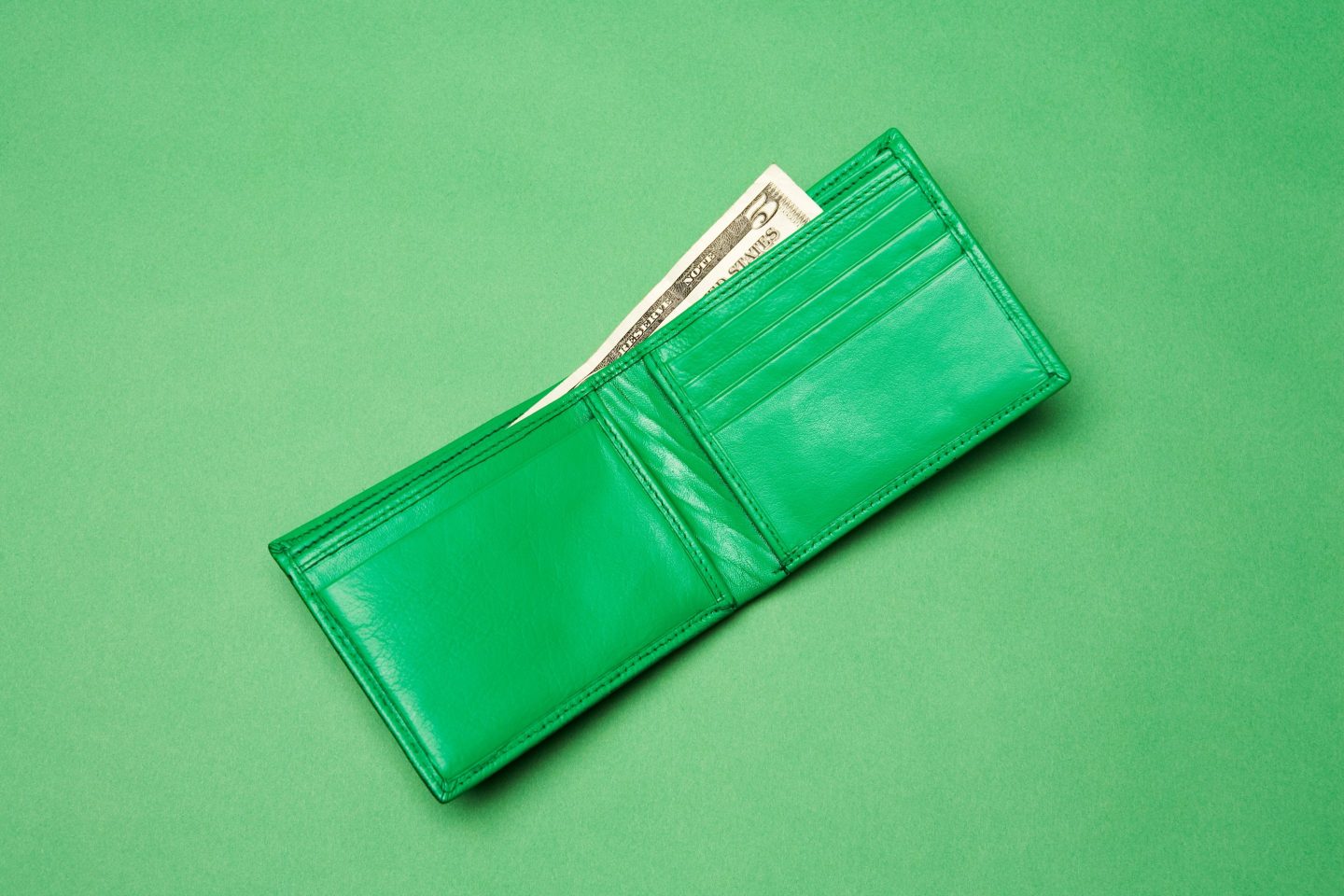 The proverbial consumer has become the central focus of the economy this summer, the key to deciphering the murky outlook ahead. Consumer spending, which makes up 68% of the U.S. economy, is tenuous and poised to decline. So what are companies learning about consumers?

With confidence slipping and households growing more cautious about spending, CFOs are looking to their internal data to gain more granular insights into consumer behavior and to craft strategies to respond effectively. This week, consumer-facing companies like Block and CarParts.com reported earnings, giving a glimpse into how they’re adapting in uncertain times.

“We have a number of signals into the health of consumers and businesses across our ecosystems,” Block CFO Amrita Ahuja said in a call discussing the company’s second-quarter earnings. “We’re tracking these trends in real time. And we’ll use them to act quickly and prudently to guide our business decisions.”

That insight is likely one reason Block, formerly known as Square, said Thursday it’s cutting investments in areas like sales and marketing by $250 million this year, including slowing down its pace of hiring.

Block’s earnings were a mixed bag, with revenue falling 6% to $4.4 billion in the quarter—largely tied to volatility in crypto assets—although both revenue and earnings exceeded Wall Street’s estimates. It was the cost trimming, however, that Raymond James analyst John Davis saw as the “key highlight” of the report, since it “should more than offset any potentially lowered gross profit estimates,” he said. After tumbling 7% late Thursday, Block recovered somewhat in Friday’s trading session.

Ahuja said Block looks at metrics like consumer engagement with products, along with product adoption and frequency of transactions, to gauge consumer health. Those metrics show stability in both discretionary spending (that is, necessities like food and utilities) and non-discretionary (splurges like travel or clothing). Data from both Square payments and CashApp showed steady growth in verticals like food and drink, retail, and personal care even as consumers grappled with inflation and slower economic growth.

We’ve seen a diverse range of use cases [in CashApp] including gas, utilities, travel, food and grocery, and big box discount retailers,” Ahuja said. “But we also recognize the environment has changed. And we’re prepared to adapt to uncertainty and maintain discipline by pulling back on operating expenses, particularly those that are less efficient.”

Meanwhile, CarParts.com is leveraging tech investments in its own ecommerce platform to strengthen its foothold in what it sees as a traditionally inefficient corner of the retail industry. The online retailer adopted a Warby Parker-like business model of selling direct to consumers and bypassing middlemen, buttressing that model with a staff of data scientists and an in-house logistics system that can better manage supply-chain hiccups.

“We’ve leaned heavily into technology to create efficiencies and to help our employees be safer and more productive,” Carparts.com’s CFO Ryan Lockwood tells me. “We’ve built a foundation that we can now leverage instead of trying to play catch up in a difficult economic time.”

While CarParts.com aims to offer discounts to its brick-and-mortar competitors, it’s managed to avoid the margin squeeze that big discount retailers like Walmart and Target have seen as prices inflate. The company’s revenue grew 12% to $176 million last quarter for a net profit of seven cents a share, with both figures topping analyst estimates.

Unlike online retailers willing to sell goods at a loss to spur the volume of sales, CarParts.com has always been profitable on every transaction, Lockwood says. The company also avoided the volatile swings in consumer demand when lockdowns and fiscal stimulus turbocharged online spending in 2020 and 2021 before slowing dramatically this year.

At a time when many digital-retail stocks are slumping and startups are struggling for funding, CarParts.com is aiming to be an outlier that can tap growth by doing what ecommerce has always done best: find an inefficiency in a stagnant market and draw in customers with a better retail experience.

“The auto world is a really difficult place for consumers—the pricing isn’t transparent, and it’s not really clear what things should cost because it’s an occasional purchase,” Lockwood says. “No one’s ever enjoyed their car repair experience—I don’t know if I’ve ever heard heard someone say that. The industry has wanted some disruption for a while from the consumer side, and we’re looking to meet that demand.”

Finance executives at U.S. companies are starting to sharpen their scissors as they evaluate their budgets in the coming year. Gartner surveyed more than 200 CFOs and finance leaders in July to ask where they're planning to spend more—and trim costs. Real estate spending is most likely to see cuts, with 35% saying they plan to reduce their real-estate footprint, although 9% are willing to spend more. Finance and operations are two other areas that may see smaller budgets. IT costs remain popular inside corporate budgets, however, with 40% planning to increase spending in the era of digital transformations. Sales and R&D are two other areas that may see an uptick in spending.

Some early warnings signs are emerging that banks are beginning to tighten standards for corporate loans. The Federal Reserve's July survey of senior loan officers showed both stronger demand and tighter standards for commercial and industrial loans. Meanwhile, banks reported tighter standards but weaker demand for most most categories of commercial real estate loans, particilarly for subprime borrowers. As for consumers, demand for mortgages was unsurprisingly lower, although lending standards remained unchanged for households borrowing for new homes. "Over the second half of 2022, banks, on balance, reported expecting lending standards to tighten across all loan categories," the Fed said in discussing survey results.

Blake Jorgensen was appointed CFO and executive vice president at PayPal, effective August 3, 2022. Jorgensen has 40 years experience, most recently serving as executive vice president of special projects at Electronic Arts for five months and before that as CFO at the gaming company for ten years. He was also Levi Strauss' CFO from July 2009 to August 2012 and CFO at Yahoo before that. Jorgensen replaces John Rainey, who departed to become Walmart's CFO in May after seven years at PayPal.

Brian Savoy will become CFO and executive vice president at energy-holding company Duke Energy, effective Sept. 1. He replaces Steve Young, who has served as CFO since 2013 and will be appointed as chief commercial officer at the company. Previously, Savoy had served as Duke's chief strategy officer, chief transformation and administrative officer, chief accounting officer and controller after having joined Duke in 2001 as a manager in its energy trading unit.

Brad Watkins joined wealth-management firm Oppenheimer & Co. as CFO as of Aug. 1. Watkins, who will also join the firm's management committee, had previously worked at KPMG since 2003, spending the bulk of his time in that company's New York Financial Services Audit Practice and becoming a partner in 2015. Watkins succeeds Jeffrey Alfano, who resigned as Oppenheimer's CFO in March to pursue other opportunities. Salvatore Agosta had served as interim CFO since then.

Rambus, a maker of computer chips and silicon IP, tapped Desmond Lynch as CFO and senior vice president, effective August 1. Lynch had served as Rambus' vice president of finance since 2020 and before that held senior finance roles at Knowles Corp., Renesas Electronics, Amtel, and National Semiconductor. He replaces Keith Jones as CFO, who will resign on Aug. 5 to join Adeia, an IP business.

“Waterways could become an Achilles’ heel... If an accident were to occur under the current conditions, blocking a shipping channel, the effects would be far more severe than in normal times."

—Deutsche Bank analysts in a report warning about what could become the next shock to global supply chains: rivers drying up from droughts. Even as the global supply chain recovers from disruptions in sea and trucking shipments, low river levels are the limiting the ability of boats to transport some goods, Fortune's Alena Botros wrote. The problem is acute in Europe, where a blistering heat wave and climate change is affecting the Rhine River, which stretches from Switzerland to the Netherlands, but major rivers in other countries are also drying up.