Instacart’s comedown speaks volumes about the plight of digital retail 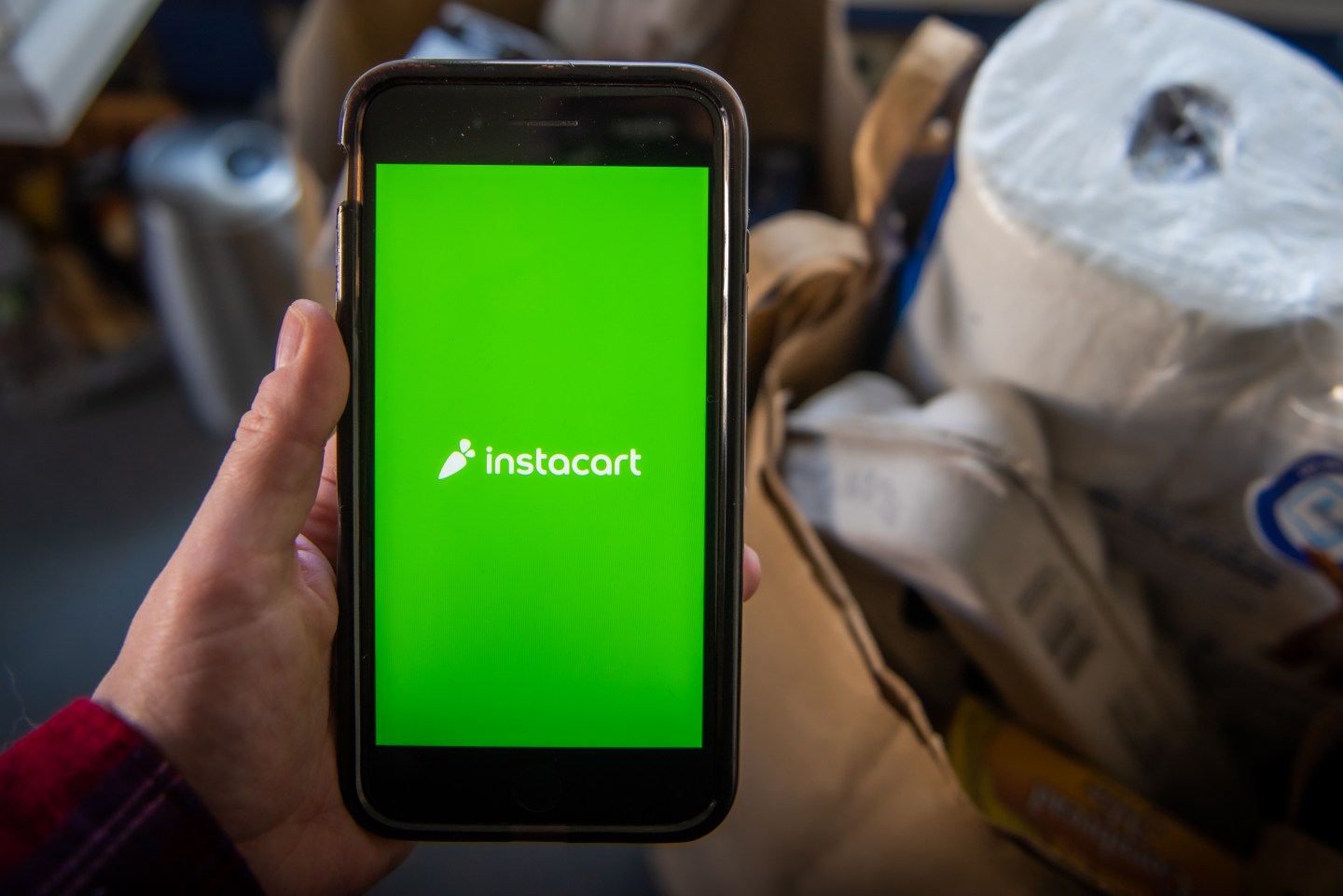 Instacart, like many digital retailers, was winning during the early days of the pandemic as consumers heavily relied on it for food and goods. Now the tide has turned for the industry as people return to pre-pandemic shopping habits, as well as slow down on spending due to inflation.
Tiffany Hagler-Geard—Bloomberg/Getty Images

The summer of 2022 is proving to be a long and lonely one for digital retail.

Pandemic-driven shifts in lifestyle, 15-minute delivery windows, and the rise of influencers are all causing consumer demands to evolve at an unprecedented pace. “Changing consumer demand combined with an inability to calibrate their supply chains to meet that demand is at the heart of what’s going on in retail,” Matt Nichols, a partner at Commerce Ventures, tells me. “It’s challenging to adjust to those changing demands fast enough.”

As a case study, consider Instacart, the grocery-delivery company and the most prominent U.S. unicorn in the space. Founded in 2012, Instacart has raised $2.9 billion in the past decade, including a $265 million haul in March 2021 that valued the company at $39 billion. But that was when pandemic shut-ins were still relying on delivery services for food and goods. This year, shoppers have been itching to shake off their cabin fever and get back out into brick-and-mortar stores.

Meanwhile, inflation is squeezing the profit margins of retailers, another unpleasant effect of the pandemic. To curb inflation, central banks raise interest rates, which can in turn trigger a recession. And recessions are hard on consumer spending: Even the whiff of one can send consumer confidence diving.

This perfect storm is hitting e-commerce in general and Instacart in particular. One year after reaching that $39 billion valuation, Instacart cut that figure to $24 billion, saying “we are not immune to the market turbulence.” Last week, investor Capital Group dropped its valuation of Instacart even further: to $14.5 billion. That blow came two months after Instacart confidentially filed a draft S-1.

Instacart reportedly has more than $1 billion in cash, so it’s not in a rush to go public, but it’s also facing more competition from Uber and Doordash—which have seen their own stocks slide—and large grocery chains making their own deliveries. Instacart has also undergone several C-suite changes, naming a new CEO, CFO, and COO in the past two years, as well as a new president who stepped down after only three months.

But the bigger challenges facing Instacart are ones sweeping the digital-retail industry. Walmart underscored the toll taken on retail sales, warning that its operating profit could fall 13% this year as inflation and recession fears pressure shoppers to curtail purchases. Unicorns that recently went public—like Allbirds, Stitch Fix, and Warby Parker—have lost more than two thirds of their value this year. Klarna, a Swedish buy-now-pay-later company, also slashed its valuation this month to $6.7 billion from $45.6 billion a year ago.

Digital retail startups aren’t immune to the fallout. Funding in U.S. retail-tech startups fell to $13.2 billion in the second quarter, down 56% from the same quarter in 2021, CB Insights said in a report last week. The decline was even worse for e-commerce startups (down 71%) and food and meal delivery companies (down 65%).

If there’s a bright spot in retail financing, it’s in technology that manages store inventories and sales. Funding in this sector was down 19% from last year, but the amount has increased steadily for the past two quarters. That suggests investors are shifting their attention and dollars away from capital intensive companies like delivery apps and online retailers to makers of software that enables automated fulfillment or frictionless checkout.

“There’s still interest in technologies that can solve core challenges that retailers and brands are facing,” Nichols says. “The realization among venture investors is that retail is a hard business to make money right now, but you can still do it.”

Still, those investors will probably need to remain patient for several more quarters because exit opportunities for digital retail are especially scarce. Not a single U.S. retail startup went public in the second quarter (with only two in the first), while the number of M&A deals fell to 51 from 77 in the year-ago period, according to CB Insights’ data.

Nichols expects that slowdown in both IPOs and M&As to continue for another 12 to 18 months in retail. Once those markets recover, it’s likely to be the startups developing retail-management software that find the earliest exits. For many others, they will still need to adjust downward the high valuation they were awarded in better times.

“The biggest challenge for startups today is not the business opportunity in front of them. It’s just the disruption in the capital markets, this massive change in investor expectations,” Nichols says. “I think it’s going to be a painful few years as that new reality sets in. For companies with lower growth rates that raised at high valuations, it’s going to take a while to get back.”

- Acronis, a Schaffhausen, Switzerland and Singapore-based cybersecurity provider, raised $250 million in funding from BlackRock and others.

- Switchboard, a remote-based cloud coworking space, raised $25 million in Series A funding. Icon Ventures led the round and was joined by investors including Sequoia Capital, XYZ Venture Capital, and Spark Capital.

- Genesis Global, a Miami-based application development platform for financial markets organizations, raised $20 million in funding. Bank of America, BNY Mellon, and Citi invested in the round.

- Paragon, a Los Angeles-based integration platform for SaaS apps, raised $13 million in Series A funding. Inspired Capital led the round and was joined by investors including FundersClub and Garuda Ventures.

- Finwave Semiconductor, a Waltham, Mass.-based transistor design and development company $12.2 million in Series A funding. Fine Structure Ventures led the round and was joined by investors including Citta Capital, Soitec, Safar Partners, and Alumni Ventures.

- Condense, a Bristol, U.K.-based live events hosting company in the metaverse, raised $4.5 million in funding. LocalGlobe, 7percent Ventures, and Deeptech Labs led the round and were joined by other angels.

- Kona, a remote-based employee experience platform for remote teams, raised $4 million in seed funding. Unusual Ventures led the round and was joined by investors including Evolutionary Ventures, 2.12 Angels, and other angels.

- OMS Group, a Shah Alam, Malaysia-based underwater cable installation company, is weighing an initial public offering for as much as $300 million in Kuala Lumpur as soon as next year, according to Bloomberg.

- 3i, a London-based investment firm, hired Trevor Russo as vice president. Formerly, he was with Ironwood Capital.