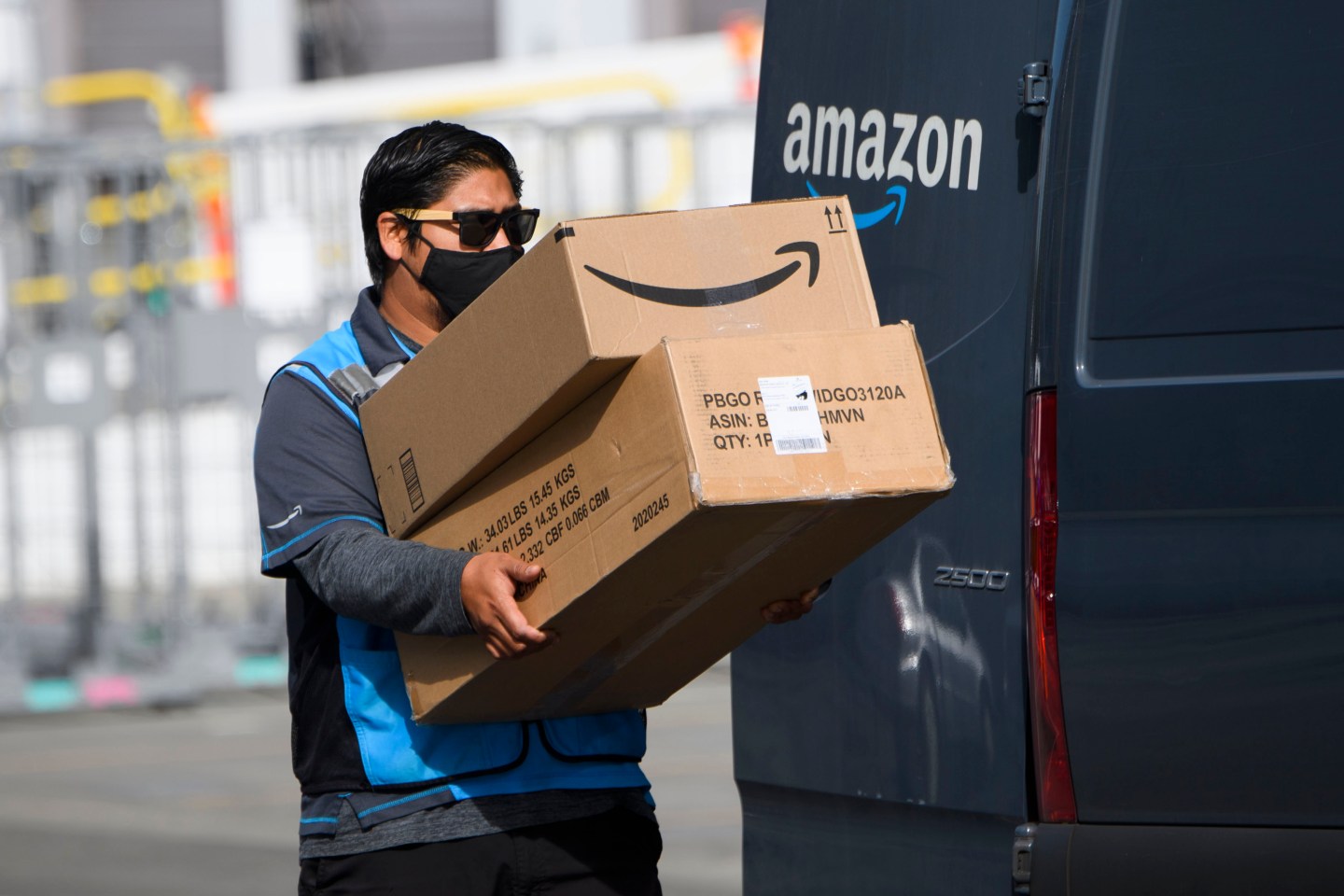 Investors could be forgiven for feeling confused heading into this important earnings season for Big Tech.

Yet there’s reason for some measured optimism this week, as tech firms begin to report their results from the April-through-June quarter.

Here are five stocks we’ll be watching particularly closely over the next several weeks:

The 111-year-old tech giant is having a late-late-late-life renaissance of sorts, recasting itself as an A.I.-driven software and hybrid cloud company.

IBM shares are up 2% year-to-date (yes, there’s at least one big-name tech stock in the black for 2022), propelled by a strong first-quarter showing that easily topped analyst estimates. It’s now poised to score its fourth straight quarter of year-over-year revenue growth, a notable achievement given its woeful performance in the 2010s.

Monday’s showing, however, will signal just how ahead of schedule CEO Arvind Krishna’s multi-year restructuring effort has gone.

Could 2022 really get worse for the streaming king? If Netflix bleeds even more subscribers than expected—the company has already warned that it expects to lose a whopping 2 million subscribers this quarter—then it’s certainly possible.

With its shares already down 67% year-to-date, Netflix needs to show that the worst is behind it, with a plan to hold on to its audience amid competition from a growing number of streaming rivals. New seasons of hit shows, like season four of Stranger Things, should help. And investors will be eager for more details about a free, ad-supported offering that Netflix has said is in development.

For now, analysts generally expect Netflix’s forecast of a shrinking audience will come to fruition, give or take roughly 1 million subscribers. But Wall Street may not be forgiving if Netflix has more bad news.

“There will be hell to pay if they report a number that is significantly higher than the 2 million loss being thrown around,” Andrew Hare, a senior vice president of research at Magid, told CNN Business.

With Alphabet, Twitter, and Snap all due to release quarterly results in the days leading up to Meta’s earnings report, investors should have a decent read on how the digital ad downturn affected the Facebook and Instagram parent by the time it announces its Q2 results later this month.

Still, Meta’s earnings should provide a window into several other pressing questions: Is Meta’s prediction of a $10 billion revenue hit from Apple’s operating system privacy changes coming to fruition? Are Meta executives truly responding to Wall Street’s calls for reining in metaverse-related spending? And is Meta’s push into short-form video actually eating into TikTok’s rapid growth?

It’s assuredly going to be another meager quarter for the e-commerce champ, whose stock is already down 32% year-to-date. And while Amazon officials bragged about the success of Prime Day, the lack of revenue data from the two-day blowout makes it difficult to read too much into the results.

The second-quarter results—and, perhaps more importantly, any third-quarter forecasts—will serve as a key marker for consumer demand globally. Amazon’s earnings also should offer some perspective on how quickly the company can scale back its costly, pandemic-driven hiring spree, which weighed on first-quarter profit.

The personal computer and tech hardware company has proven surprisingly resilient so far in 2022, with its stock slipping just 15% year-to-date. HP topped revenue and profit estimates in its most recent fiscal quarter, with strong commercial demand helping to offset a decline in consumer sales.

But with PC demand waning—global shipments fell 13% across the industry in Q2, according to consulting firm Gartner—HP could face a lean quarter. The company, which operates on a fiscal calendar, is expected to report its quarterly results in late August.

A British blunder. The U.K.’s antitrust regulatory body must revisit its decision to order the unwinding of Meta’s $315 million acquisition of Giphy following a judge’s ruling Monday, Bloomberg reported. The Competition and Markets Authority failed to follow rules related to antitrust investigations and improperly redacted information during its initial inquiry, an appellate panel found. The CMA’s order marked the first time that the regulator sought to unwind a major tech acquisition, a move that spooked Silicon Valley giants and prompted complaints of antitrust overreach.

Crypto calms down. The price of Bitcoin eclipsed $22,000 and reached a five-week high Monday, offering hope that the cryptocurrency’s value has stabilized after a dramatic, multi-month decline. Ethereum values also continued to rise over the weekend, propelling a 30% price increase over the past week, as developers disclosed a September target for a highly anticipated technological upgrade. Most widely traded cryptocurrency tokens are up 10% or more in the past week, as a wave of calamitous token, hedge fund, and lender collapses appears to subside.

A bargaining chip? Several U.S. semiconductor companies might oppose legislation containing tens of billions of dollars in chip subsidies if the final bill favors Intel too much, Reuters reported Monday, citing sources familiar with the matter. Firms that design semiconductors but outsource manufacturing, such as AMD, Qualcomm, and Nvidia, stand to receive relatively little benefit from the legislation, while chip fabricators like Intel would receive the bulk of the money. The four chip companies declined to comment or didn’t respond to requests for comment, according to Reuters.

Uncle Sam is watching. Federal immigration authorities have used extensive mobile location data to track movements at hundreds of thousands of locations in the U.S., a tactic drawing criticism from civil liberties and privacy advocates, Politico reported Monday. Records obtained by the American Civil Liberties Union showed that the Department of Homeland Security obtained tracking data from at least 336,000 points between 2017 and 2019 from location data brokers. Federal agencies continued to use the brokers as vendors into the Biden administration, the records showed.

Divide, but not conquer. Sometimes, splitting up doesn’t solve all your problems. As Alphabet’s 20-to-1 stock split took effect Monday, Bloomberg reported several other companies that recently employed the tactic—including Apple, Amazon, Shopify, and Tesla—haven’t benefited much from the move. In fairness, a stock split doesn’t definitively signal much of anything about fundamentals at a business, particularly in a down market. Still, some investors typically see splits as a positive sign for long-term growth, and the maneuver often serves as a sugar high for the stock as retail investors buy in at a more palatable share price.

It’s still early, but Amazon has fallen 9% since completing its split last month. Even Shopify, the former high-flyer whose shares have dropped more than 70% this year, hasn’t been able to catch a bid. Its US shares are trading in the low $30s, down 5.4% since its 10-for-1 split took effect June 29.

The poor stock performance is a far cry from 2020, when Apple Inc. and Tesla Inc. shares went on to set record highs in the months after their splits.

Here’s what reviewers are saying about the new, buzzy Nothing Phone 1, by Alena Botros

Virgin Atlantic is testing flying taxis at its London Heathrow hub, by Christopher Jasper and Bloomberg

With no smoking gun, Elon Musk hopes a legal fishing expedition is key to jilting Twitter, by Christiaan Hetzner

Elon Musk reportedly wanted to entrust his fortune to a 34-year-old former pro gambler who dropped out of college to smoke weed, by Erin Prater

Amazon handed Ring footage to police without user consent. It’s increasingly difficult to move without being tracked, senator says, by Haleluya Hadero and The Associated Press

On the move to Oklahoma? If Bali isn’t quite your bailiwick for remote working, have you teased the idea of Tulsa? As The Wall Street Journal’s Christopher Mims reported over the weekend, the northeast Oklahoma outpost is one of dozens of U.S. cities offering appealing perks—in Tulsa’s case, up to $10,000 in cash and free desk space—to remote workers willing to nest in their neighborhoods. At least 71 municipalities are pitching their relocation packages, according to MakeMyMove, a company that works with cities and towns to establish their offers. Mims’ article features refreshing stories of tech workers fleeing the coasts for the quaint, affordable confines of the heartland. (Though this Michigan native will quibble with a reference to Tulsa as part of the American midwest.)