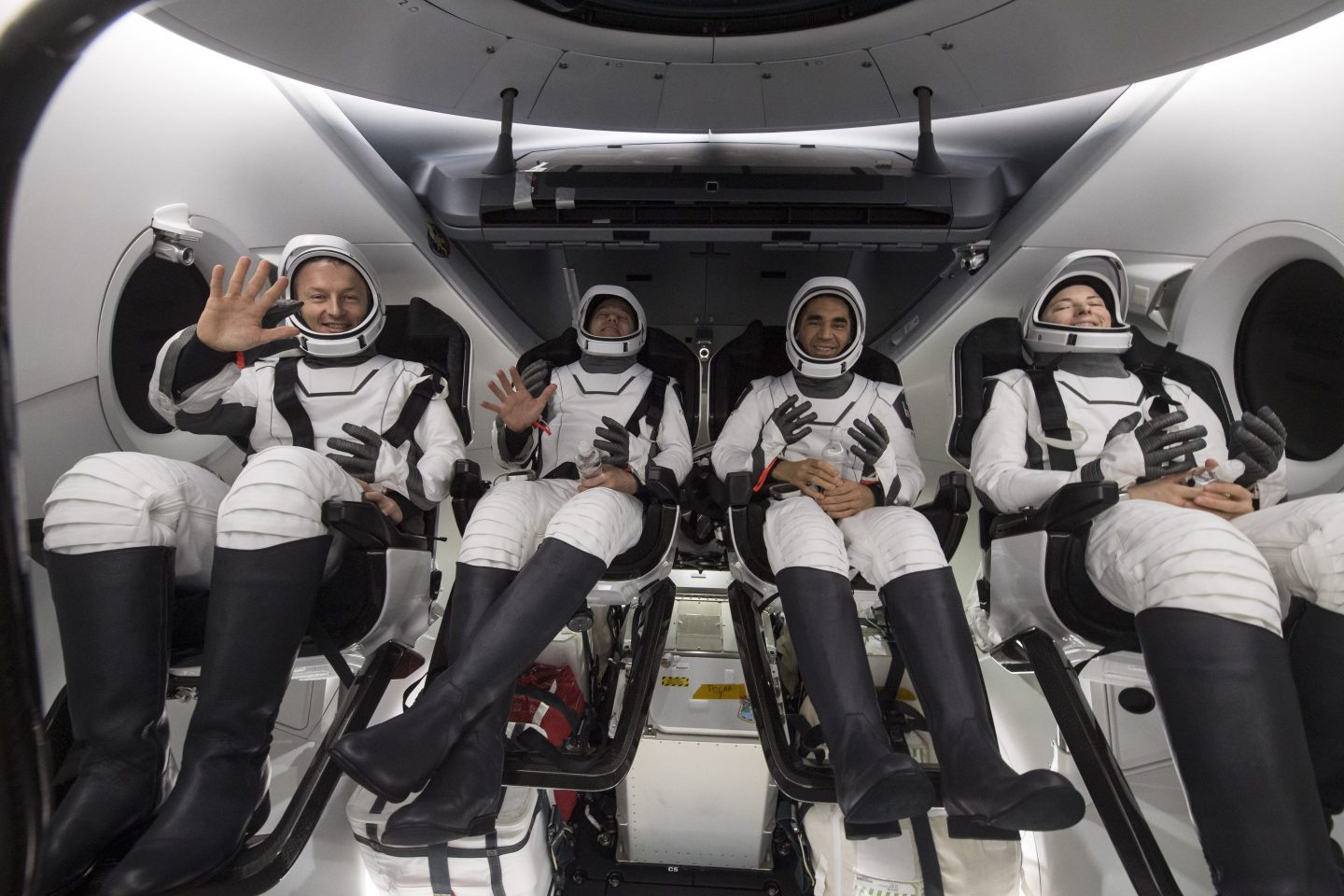 In this handout photo provided by NASA, (L-R) ESA (European Space Agency) astronaut Matthais Maurer, NASA astronauts Tom Marshburn, Raja Chari, and Kayla Barron, are seen inside the SpaceX Crew Dragon Endurance spacecraft onboard the SpaceX Shannon recovery ship shortly after having landed in the Gulf of Mexico on May 6, 2022 off the coast of Tampa, Florida.
Aubrey Gemignani—NASA/Getty Images

Elon Musk’s SpaceX is having a busy year.

The private rocket service has recorded 31 launches so far in 2021. That’s the same number it launched in all of 2021. And more launches are on the way.

Thank Musk’s Starlink internet service for the rapid-fire pace of launches. So far this year, there have been 17 launches specifically to take the satellites into orbit. Since 2019, the company has been responsible for 52 launches. The latest was Sunday, when a Falcon 9 rocket took another 53 Starlink satellites into space.

At present, there are more than 2,800 of the 580 lb. satellites in orbit. The Federal Communications Commission has given SpaceX approval to send up as many as 4,408. The company, though, is seeking permission to launch 30,000.

Musk plans to use the money generated from Starlink to help fund his long-time dream of colonizing Mars.

SpaceX is currently average more than one launch per week in 2022. At least four more are scheduled before the end of July and another 38 are currently on the schedule through the end of the year.

Despite their busy launch schedule, the employees of SpaceX have not been shy in sharing their thoughts about the company’s founder this year. In a letter addressed to SpaceX president Gwynne Shotwell last month, employees said Musk’s behavior on social media was affecting morale and scaring off potential applicants.

“Elon’s behavior in the public sphere is a frequent source of distraction and embarrassment for us, particularly in recent weeks,” the letter read. “SpaceX must swiftly and explicitly separate itself from Elon’s personal brand.”