Here’s what reviewers are saying about the new, buzzy Nothing Phone 1 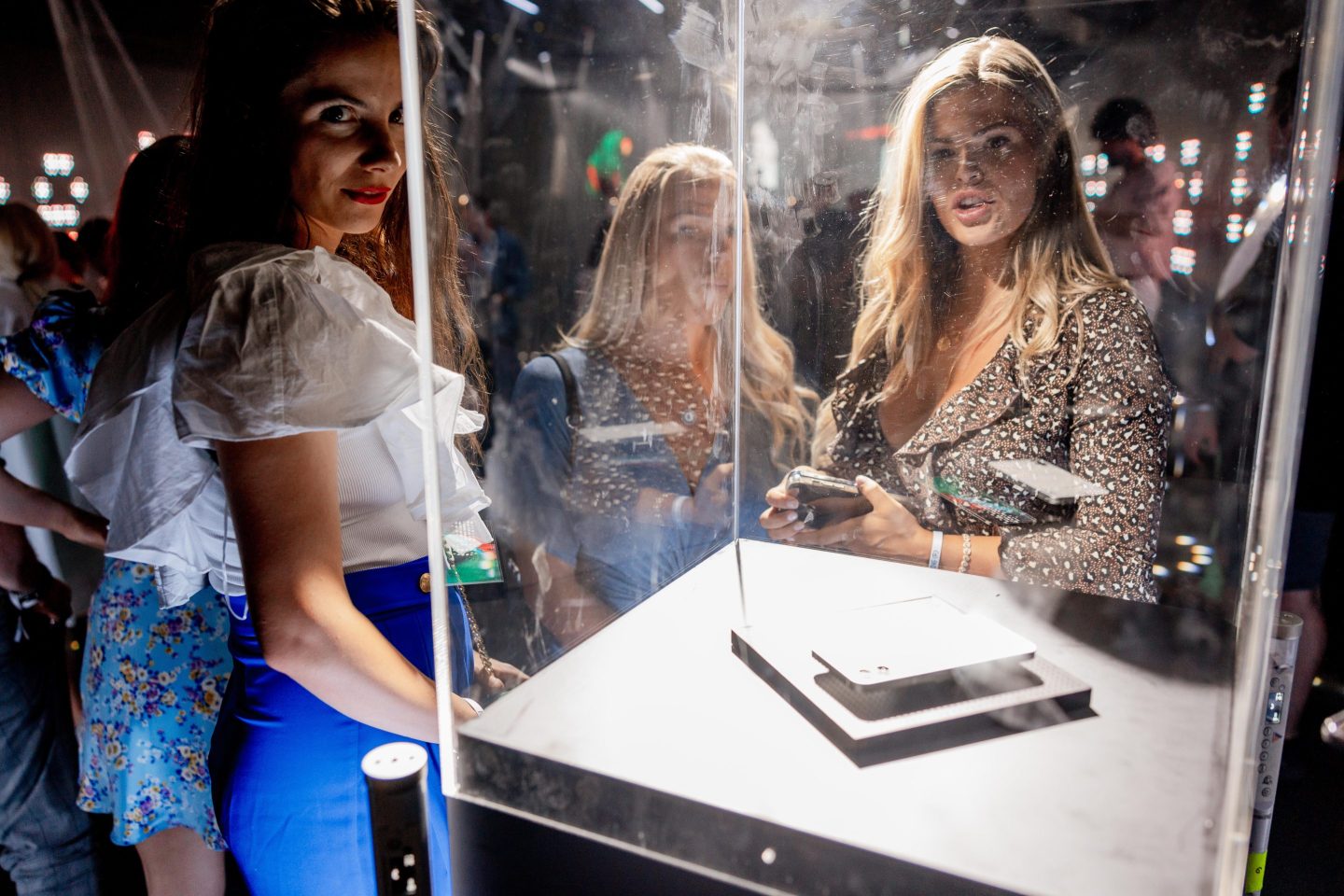 The Nothing Phone 1 at the company's sponsored 2022 Art Basel event.
Sanjeev Velmurugan—Getty Images for Nothing

Tech startup Nothing has released its highly-anticipated Phone 1, and the reviews have mostly been favorable. The phone is pitched as creating fewer distractions and providing deeper interaction in its simplicity.

Additionally, it comes with a mission — to shrink the typical environmental impact of mobile phones by virtue of being made with 100% recycled aluminum.

For now, Nothing’s Phone 1 will be available only in the UK and across Europe, and Asia. It’s yet to go on sale in the U.S.

Here’s what the reviewers had to say about the new phone’s key elements.

The phone’s design is different from most others, with stripes of light across the back. Nothing calls the feature “glyphs,” each of which has a corresponding alert sound for notifications. Users can pair each glyph with whatever app-specific notification they want.

“The glyphs are maybe a little useful, probably mostly gimmicky,” The Verge reports.

The phone has two display refresh rates options, which determines how smoothly motion appears on the screen. The displays, one for regular use and the other for Smooth Display setting, at a rate of 120Hz, is uncommon for a phone in its price range. Digital Trends says it’s a nice option even if it’s not a game-changer.

But there is one problem with the phone’s design for some: it has no headphone jack. Instead, phone owners must use wireless headphones, which Nothing sells, and connect via Bluetooth.

“Battery life is one area where the Phone 1 falls behind other phones around the same price — or even less,” according to The Verge.

CNET agreed that the battery life was okay, writing that it could make it through a whole day depending on what apps are being used. In CNET’s test, the phone’s battery dropped nearly 10% within an hour when streaming a YouTube video, using WiFi, and setting it to full brightness. Nothing claims the phone can be used for 18 hours on a full charge.

The phone comes without a charger, however. Therefore, users must buy it as an add-on accessory, for an extra $35.

The Phone 1 has two rear-facing cameras, like many current phones. Most reviewers said the camera quality is good, although higher-priced rivals have better quality cameras. But for the price, they called it an excellent option.

Sample photos on Nothing’s website show that close up and wider photos are clear, that colors are vibrant, and that they have good depth. But most of the photos were taken where natural light was present.

Nothing has said it’d like to work with third parties to create controls within the phone’s operating system, and according to The Verge, Nothing is already working with Tesla so that Nothing’s phone can be used to unlock Tesla car doors and turn on the air conditioning.