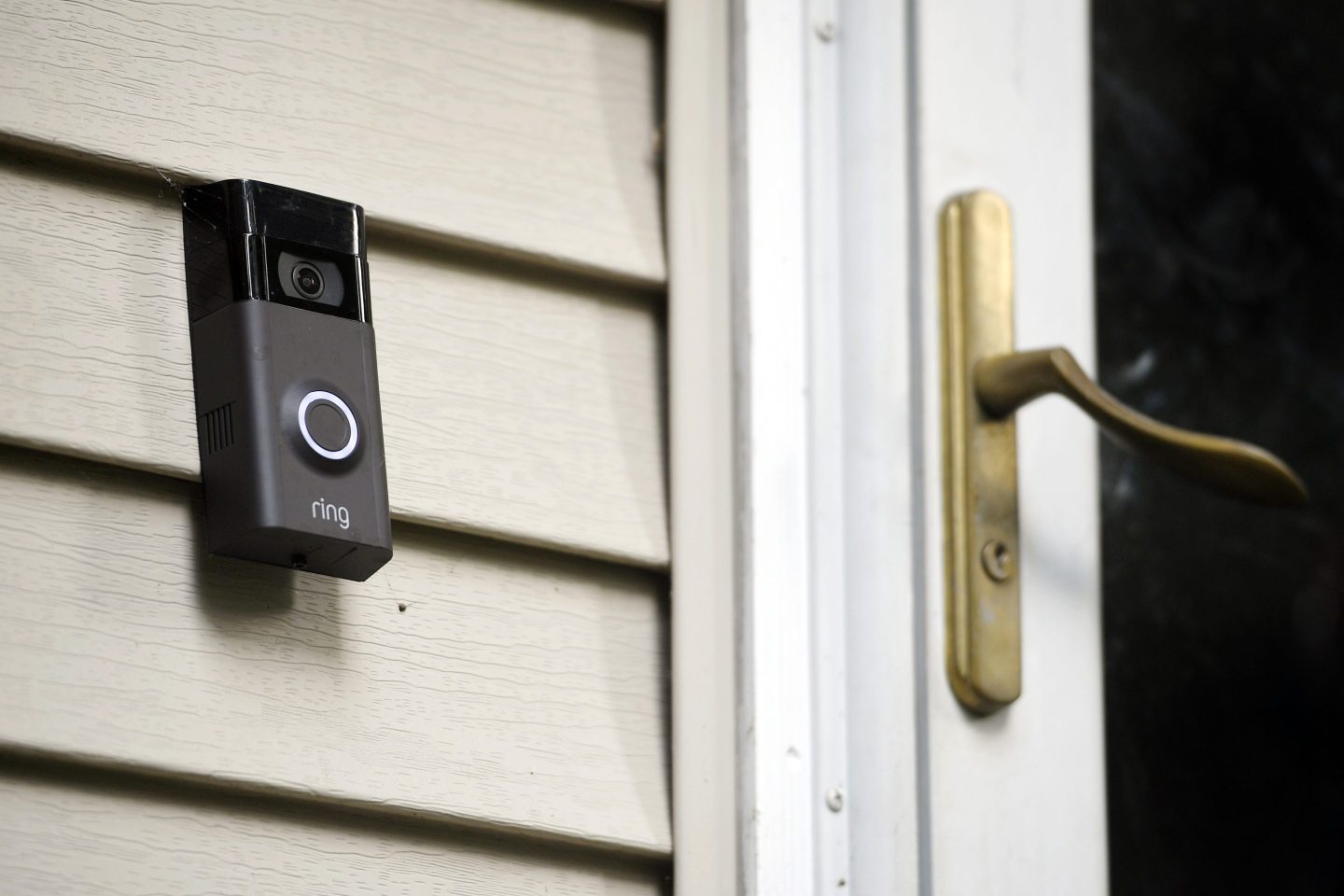 A Ring doorbell camera is seen installed outside a home in Wolcott, Conn., on July 16, 2019. Amazon has provided Ring doorbell footage to law enforcement 11 times this year without the user’s permission, a revelation that’s bound to raise more privacy and civil liberty concerns about its video-sharing agreements with police departments across the country.
Jessica Hill—AP Photo

Amazon has provided Ring doorbell footage to law enforcement 11 times this year without the user’s permission, a revelation that’s bound to raise more privacy and civil liberty concerns about its video-sharing agreements with police departments across the country.

The disclosure came in a letter from the company that was made public Wednesday by U.S. Sen. Edward Markey, a Massachusetts Democrat who sent a separate letter to Amazon last month questioning Ring’s surveillance practices and engagement with law enforcement.

Ring has said before it will not share customer information with police without consent, a warrant or due to “an exigent or emergency” circumstance. The 11 videos shared this year fell under the emergency provision, Amazon’s letter said, the first time the company publicly shared such information. The letter, dated July 1, did not say which videos were shared with police.

Brian Huseman, Amazon’s vice president for public policy, wrote in the letter that in each instance, “Ring made a good-faith determination that there was an imminent danger of death or serious physical injury to a person requiring disclosure of information without delay.”

In such cases, Huseman wrote Ring “reserves the right to respond immediately to urgent law enforcement requests for information,” adding the company makes a determination as to when to share video footage without user consent based on information provided to it in an emergency request form and circumstances described by law enforcement.

Some prior requests from law enforcement have raised concerns about how police might be attempting to use Ring footage. Last year, the nonprofit digital rights group Electronic Frontier Foundation reported the Los Angeles Police Department requested Ring footage of Black Lives Matter protests from users in 2020.

In a statement, Markey’s office said the findings show a close relationship between Ring and law enforcement and a proliferation of police using the platform.

Amazon said in its letter 2,161 law enforcement agencies are enrolled in Ring’s Neighbors app, a forum for residents to share suspicious videos captured by their home security cameras. That number represents a five-fold increase since November 2019, according to the senator’s office.

“As my ongoing investigation into Amazon illustrates, it has become increasingly difficult for the public to move, assemble, and converse in public without being tracked and recorded,” Markey said in a statement.

Among other things, the senator’s statement also criticized the company for not clarifying the distance Ring products can capture audio recordings. The company had said in its response letter what Ring captures “depends on many conditions, including device placement and environmental conditions.”

The Ring disclosure comes as Amazon is facing broader antitrust scrutiny in Congress about its ecommerce business, and accusations of undercutting merchants that sell on its platform by making “knock-offs,” or very similar products, and boosting their presence on its site. Markey and several other Democratic lawmakers are also pushing for a bill that prohibits the use of biometric technology by federal agencies and tie federal grant funding to states and localities on the condition they put a moratorium on the use of such technology.