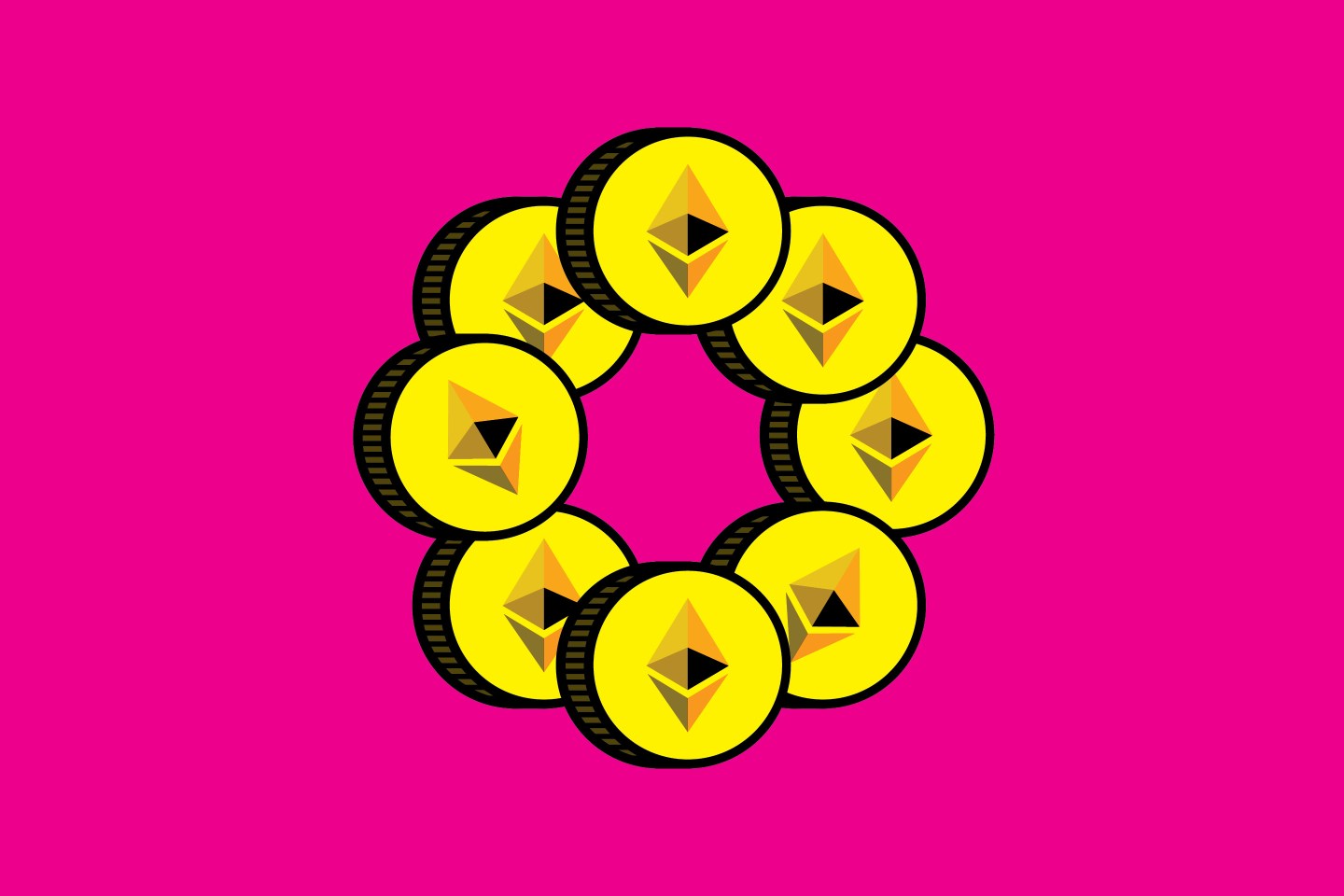 Ether (ETH) continued a days-long rally on Monday which began last week when developers announced the timeline of the highly anticipated “merge” upgrade.

The second-largest cryptocurrency by market value spiked as high as $1,490 this morning, according to CoinGecko. It’s currently trading at around $1,471, up over 10% in 24 hours and 26% in the last seven days.

The spike in Ether, which is native to the Ethereum blockchain, comes after developers shared their tentative timeline for the merge on July 14, which promises to transform Ethereum to a more efficient system that uses far less energy by shifting the blockchain’s consensus mechanism from proof of work to proof of stake.

Proof of work involves crypto miners using large amounts of computer power to complete complex puzzles to validate transactions. Proof of stake, by contrast, relies on participants who are willing to pledge—or “stake”—a portion of Ether tokens to the network. By moving to proof of stake, Ethereum will reduce its environmental impact dramatically.

After many delays and setbacks, the merge is expected to finally happen in September, Ethereum developer Tim Beiko said during a group call last week.

Following the timeline announcement, the price of Ether jumped, and has been climbing since then. The increase has been helped along by whales, or big investors, who have begun to stock up on Ether as future market conditions become more clear.

“Addresses holding over 1% of the ETH in circulation have increased their positions,” wrote Lucas Outumuro, head of research at blockchain analytics firm IntoTheBlock, in his newsletter on Friday. “Zooming in, whales’ increased volume appears to be helping build bullish momentum.”

In turn, those shorting Ether have taken a hit.

Futures tracking Ether saw over $230 million in liquidations in the past 24 hours, with $130 million being shorts, CoinDesk reported. Liquidations usually happen when an investor doesn’t have enough funds to keep their leveraged position intact as prices move. In this case, it appears that Ether’s upward price movement caused those betting against the cryptocurrency to liquidate their positions.

“If you see the price movement tick by tick, this time it’s more like ETH leading BTC [Bitcoin] instead of the other way around in usual times,” Youwei Yang, financial analytics director at StoneX, told Fortune. “It’s a strong indication of ETH-led bear market rally with the confirmation and sentiment of ETH2.0,” referring to post-merge Ethereum.