Big Tech legislation is coming down to the wire. Will Americans care if it doesn’t get passed? 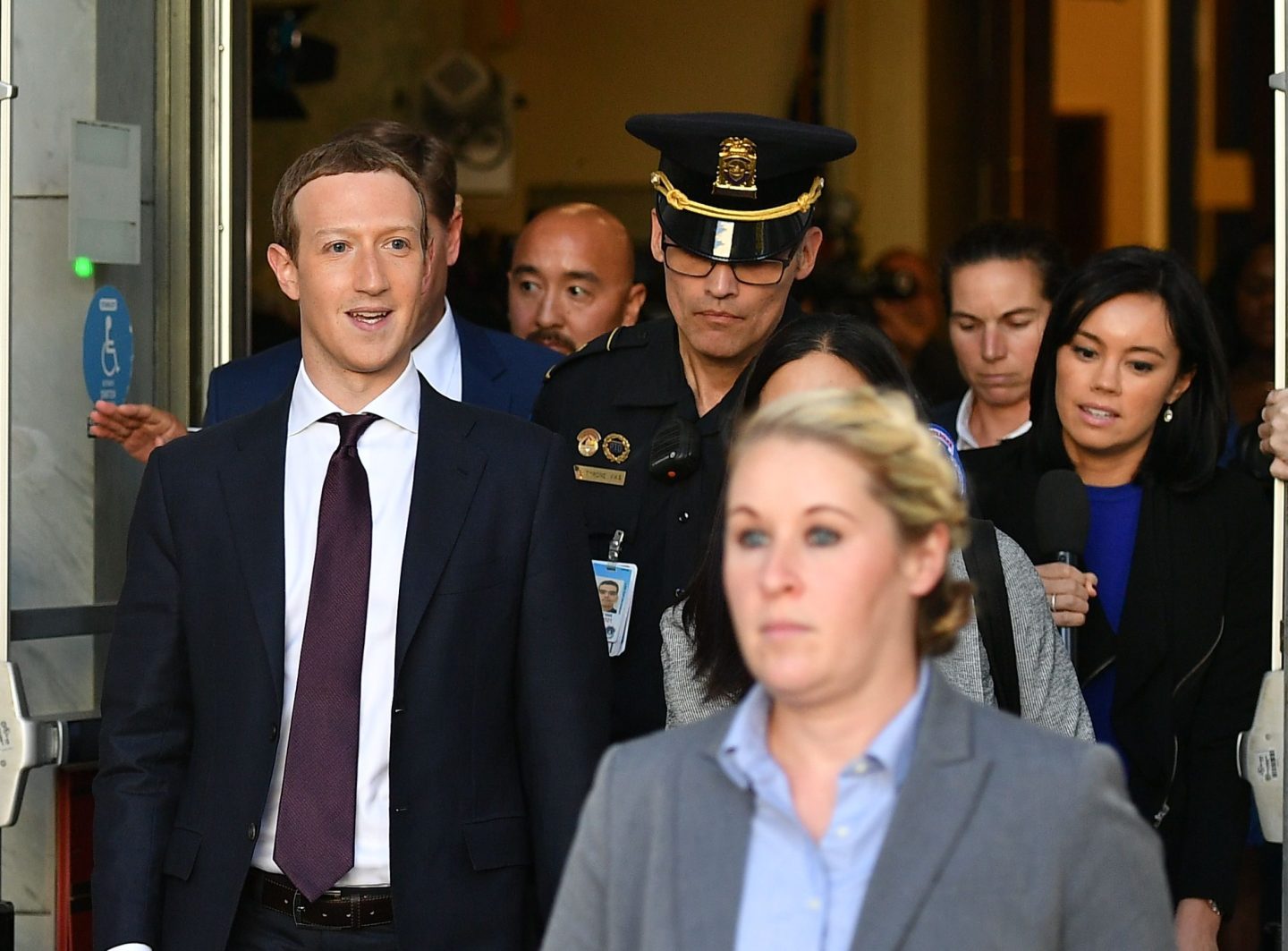 With each passing day, the odds of Congress passing Big Tech reform seem to narrow.

While Senate Majority Leader Chuck Schumer has voiced support for the legislative body’s primary tech antitrust proposal, known as the American Innovation and Choice Online Act, the New York Democrat hasn’t yet scheduled a vote for the bill ahead of a Aug. 5 deadline for passage. If it doesn’t receive approval by then, Congress isn’t expected to take up the bill before the November midterm elections. Republicans also aren’t expected to prioritize the legislation if they retake the House, as expected.

With three weeks to spare, tech-minded legislators and advocates are buzzing about why Schumer isn’t pushing harder to advance the legislation, which would reduce tech companies’ ability to favor their own products and services in an arguably anticompetitive manner.

Is it because Democrats in heated reelection races don’t want to take a potentially controversial vote? Is Big Tech’s aggressive lobbying blitz weighing on congressional leadership? Is Schumer, the father of an Amazon lobbyist and a Meta marketing manager, cynically trying to shield his family’s interests?

If the 117th Congress comes and goes without any significant tech reform, here’s another possibility worth considering: What if the American people just don’t care enough?

“Antitrust action will remain a risk for Apple, but these results seem to confirm that average voters rank antitrust regulation as a low priority,” Daryanani wrote, according to Philip Elmer-DeWitt’s Apple 3.0. “In our view, this reduces the risk of material legislation passing Congress as representatives are more likely to focus on issues that are of higher priority to their voters.”

The survey results do show that only a tiny sliver of voters consider tech regulation as one of their top two priorities—though that doesn’t necessarily mean the rest of the populace opposes increased scrutiny of tech companies. Voters are capable of walking, chewing gum, and wanting to cut Apple down to size at the same time.

A Morning Consult poll of about 2,200 U.S. adults in February found a similar divide. Only 38% said the federal government should increase its regulation of tech companies, while 36% didn’t support more scrutiny, and 26% said they had no opinion.

Those results are further reinforced by surveys suggesting an inconvenient truth for reformers: Americans don’t hate most major tech companies nearly as much as they do.

In the latest Axios and Harris poll gauging the reputation of 100 highly visible companies, several big tech names ranked in the top third, including Amazon (No. 8), Microsoft (No. 15), Apple (No. 21), and Google (No. 31). (Uber, TikTok, Facebook, and Twitter all finished in the bottom ten.)

Apple and Amazon, two of the tech titans most aggressively targeted by legislation, also scored decently well this year in a ranking of America’s most trustworthy companies by Newsweek and Statista. Amazon ranked fifth in the retail category, ahead of Walmart, Costco, and Target. Apple placed 13th in the technology hardware field, topping HP, Dell, and Qualcomm.

Perhaps most to the point, a Pew Research Center poll released this month showed more Americans have a “great deal” or “quite a lot” of confidence in large tech companies (26%) than they do Congress (6%).

But with inflation, abortion, gun violence, housing prices, fuel costs and other hotter-button topics sucking the air out of Congress, tech reform could well become a casualty of voter apathy.

Rough waters ahead. Leading non-fungible token marketplace OpenSea announced layoffs Thursday totaling 20% of its workforce in anticipation of a potentially long economic downturn. In a note to employees that he tweeted publicly, OpenSea CEO Devin Finzer said the cutbacks were necessary as the company navigates “an unprecedented combination of crypto winter and broad economic instability.” DappRadar data shows OpenSea’s trading volume dropped this month to its lowest point since July 2021.

Thinning the shelves. Amazon is scaling back its private-label product offerings after failing to meet sales targets set by former CEO Jeff Bezos, the Wall Street Journal reported Friday. The e-commerce giant’s executives have discussed trimming the number of company-branded products sold on its platform by more than half after those offerings totaled just 1% of retail sales. The Journal also reported that Amazon officials have discussed scrapping their private-label business altogether, a move that could ease antitrust scrutiny in Europe and the U.S., though a company spokesperson said that proposal was “never seriously considered.”

Chips finally falling into place? The Senate could vote as early as next week on a bill that provides $52 billion in subsidies and other government benefits designed to make the American semiconductor industry more competitive globally, Politico reported Thursday. Senate Democrats are preparing to untether the chip provisions from a larger legislative package that included proposals targeting China’s anticompetitive business practices. White House officials and Democrats in competitive reelection races have pushed in recent weeks to pass the semiconductor subsidies as a stand-alone bill.

In need of an archivist. TikTok once again finds itself in a tricky spot when it comes to Russia’s invasion of Ukraine. The Financial Times reported Friday that TikTok, owned by Chinese company ByteDance, isn’t complying with calls from international war crime prosecutors to preserve and provide evidence of human rights violations in Ukraine. Prosecutors and advocates said that TikTok’s technological underpinnings, combined with a lack of well-designed corporate policies surrounding content retention, make it difficult to obtain videos posted by users that show potential war crimes. TikTok also could face pressure from the Chinese government to resist compliance, given that the republic has not condemned the invasion or joined the Western world in breaking ties with Russia.

The video app’s popularity with young Ukrainians and Russians posting footage of the war has made it a trove of digital intelligence that investigators are attempting to mine and archive as evidence of war crimes, crimes against humanity and illegal acts of violence in Ukraine.

TikTok, owned by Chinese tech giant ByteDance, has been criticized for being slow to respond to requests for product changes that allow the video app’s content to be archived and verified more easily, as well as better access to TikTok’s platform for members of civil society.

PCs could be about to get more expensive as Intel hikes chip prices by up to 20%, by Chris Morris

Ethereum jumps 13% ahead of ‘merge’ upgrade, whales stock up, by Taylor Locke

Why a16z’s Marc Andreessen calls the visceral ‘fear and loathing’ of crypto an ‘incredible gift’ to his firm, by Christiaan Hetzner

Is A.I. the next technical revolution coming to shake up your workplace? These leaders think so, by Alicia Adamczyk

Here’s the one hack you need to be successful in a distributed workforce, by Jesse Chambers

Common sense FTW. On the California legislature’s sweeping social media accountability bill, sanity finally won out. CalMatters reported Thursday that Golden State lawmakers removed a novel provision that would have allowed parents to sue tech companies for harms caused to their children as a result of social media addiction. The proposal might have been a well-intentioned effort to address the negative mental health consequences of social media. But the bill set a nebulous definition of addiction—an inability to stop or reduce the amount of time spent on social media, resulting in harm to a child—and the medical community has not defined social media addiction as a diagnosable mental health disorder. The original proposal containing the parent lawsuit language passed the California Assembly in May, but a coauthor said this week that legislators in the state Senate were concerned about frivolous lawsuits.