Democrats will (probably) miss their chance to shape crypto regulation 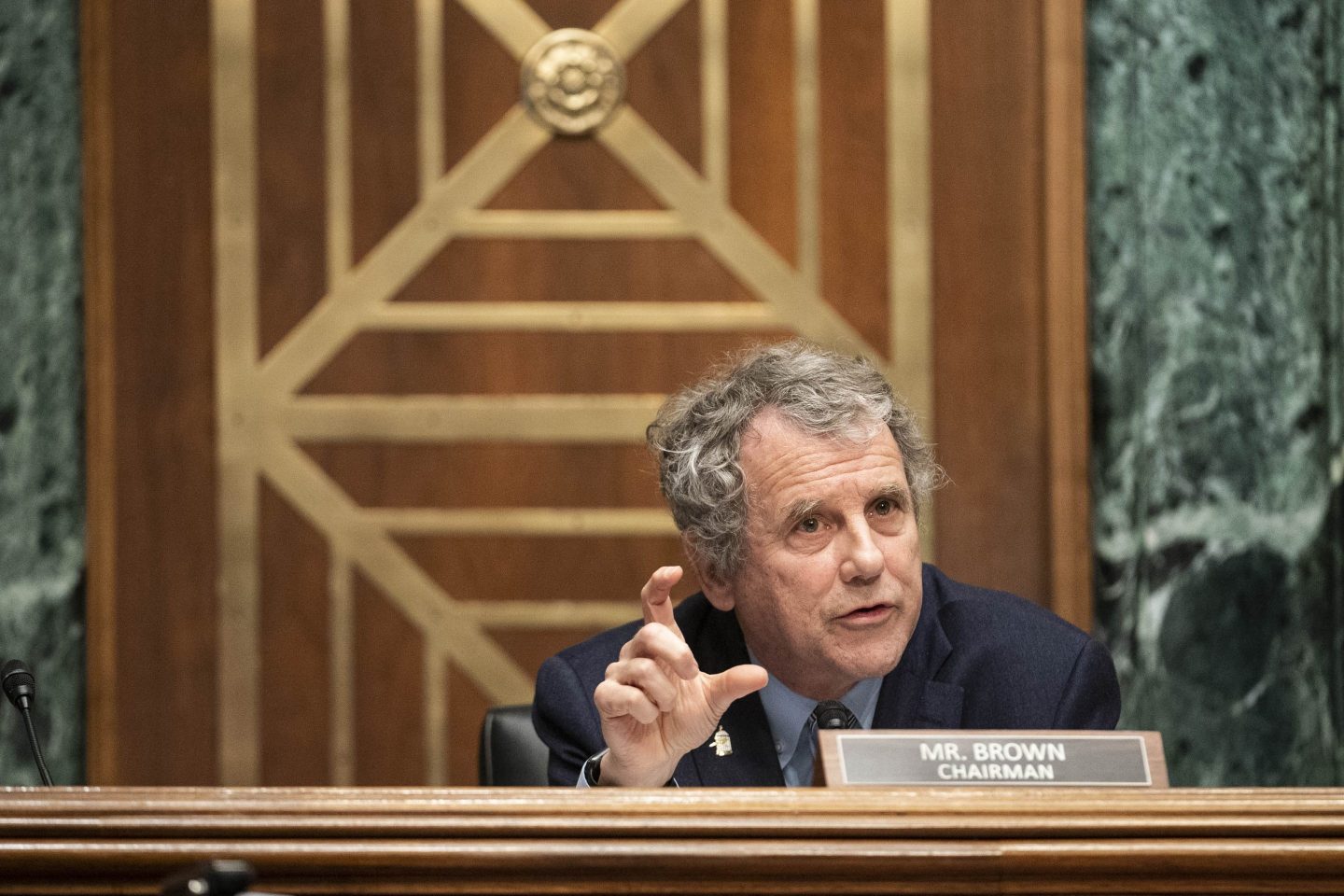 The chairman of the Senate Banking, Housing, and Urban Affairs Committee, Sen. Sherrod Brown (D-Ohio), compared stablecoins to gambling in his opening remarks during a Dec. 14 hearing.
Sarah Silbiger—Bloomberg/Getty Images

What do good politics and good jokes have in common? Timing. Unfortunately, time may be running out for any hope of the Democrat-controlled Congress to pass any type of regulation legislation regarding cryptocurrencies.

Both houses of Congress are back in session with a packed agenda, including efforts to pass a skinnied-down version of President Biden’s Build Back Better spend-a-palooza, controversial voting registration reform, as well as a funding bill to keep the government’s lights on.

Way down on that list of legislative priorities is regulating crypto. Even though 86% of voter-aged Americans have heard of cryptocurrencies, only 16% of adults have actually bought or traded any type of programmable money. Crypto is simply not an issue for a plurality of the voting population, let alone a majority of voters. In other words, it’s unlikely that crypto will be a winning policy issue at the polling booth.

The funny thing is that appointed personnel within the Biden administration are pushing Congress to act on crypto now. Nonelected officials at the Securities and Exchange Commission, Treasury Department, and Federal Reserve have expressed the need for elected members of Congress to address cryptocurrency regulation, specifically for stablecoins. Stablecoins are a type of blockchain-based digital money that’s pegged to non-blockchain physical assets such as fiat currencies, gold, or government bonds. The rationale goes that staking a stablecoin to an established resource, such as the U.S. dollar, reduces the price volatility common with crypto assets.

After months of generalized woolgathering on the topic, the President’s Working Group (PWG) issued its ho-hum report on stablecoins in November. Offering no new insights, the report regurgitated old assertions that stablecoins present risks including issues of “investor protection, market integrity, and illicit finance concerns.” The big, somewhat comedic, recommendation from the PWG report was to punt the policy issue to a polarized Congress.

As a result, Congress held two different discovery hearings last month. The first saw CEOs from six blockchain-based firms—including stablecoin companies Circle and Paxos—testify before the House Committee on Financial Services in a surprisingly civil proceeding. There was virtually no bipartisan bickering or political posturing during the marathon session. The policymakers asked thoughtful questions with meaningful follow-ups, while the expert fintech panel of CEOs answered candidly and thoroughly.

However, a week later the Senate’s Banking, Housing, and Urban Affairs Committee hearing on stablecoins was split along party lines and packed with verbal slapstick. Sen. Sherrod Brown (D-Ohio), who chairs the banking committee, fired the first zinger against stablecoins in his opening remarks. “Let’s be clear about one thing—if you put your money in stablecoins, there’s no guarantee you’re going to get it back,” said Brown. “And if there’s no guarantee you’ll get your money back, that’s not a currency with a fixed value—it’s gambling.”

Such an extreme statement seems laughable when you consider that the only guarantee for the U.S. dollar is the “full faith and credit” in the U.S. government—the largest debtor nation on the planet by a factor of ten. Regardless, neither of the crypto congressional hearings had definite results or clear next steps—just the promise of more hearings to score more political points and take more decisive inaction.

The general lack of legislative action from Democrats could hurt them at the polls and erode (or eradicate) their thin congressional majorities during the upcoming midterm elections. Presidents with approval ratings below 50% have seen their party lose 37 House seats on average in midterm elections, according to Gallup. A new Marist Poll pegs Biden’s approval rating at 41%. So, if voting history holds true and Democrats don’t address crypto regulation within the next six months or so, they could lose the chance altogether.

The clock is ticking on crypto regulation. The Democrats need to pass something big—laws affecting health care, education, childcare, inflation, job creation, something—to help them win at the polls. Crypto is not it, since fewer than one in five adults cares enough about it to even buy into the concept.

Tor Constantino is a former journalist, current corporate executive, and business writer. Since 2017, he has also written about cryptocurrencies, blockchain, DeFi, NFTs, and crypto’s potential to revolutionize finance. He has holdings in Bitcoin, Ethereum, Cardano, and XRP. His views are his own.