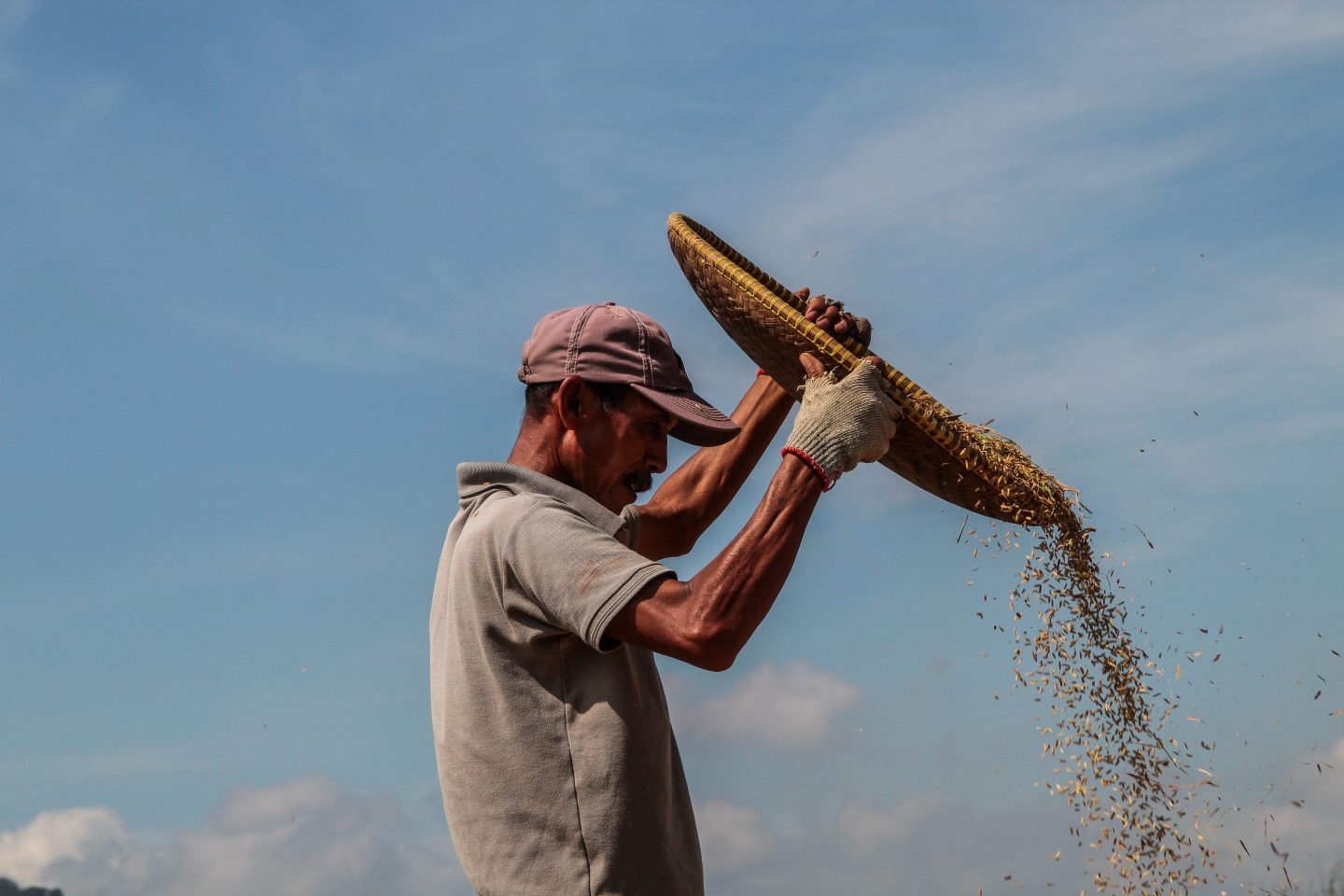 The genetic material needed to help smallholder farmers grow crops that survive the effects of climate change is in the seeds stored at genebanks all over the world.
SOPA Images - Getty Images

A  recent Twitter conversation between the UN’s David Beasley and Tesla’s Elon Musk has shown that hunger is deceptively complex. There is a crucial difference between acute hunger, caused by shocks like war or natural disasters, and chronic hunger, which occurs when agricultural production (and distribution) fails to keep pace with threats such as soil degradation, erratic rainfall, or heatwaves, or when poverty renders food unaffordable.

This means that ending hunger requires both rapid response efforts during crises and sustained investment to protect our future food supply over the long term. Philanthropists like Mr. Musk who seek to “solve world hunger” should also be encouraged to tackle chronic hunger, as this offers long-term, systemic solutions–much like equity in a business that keeps paying dividends year after year.

A visionary philanthropic opportunity would be the creation of an endowment to support the 11 genebanks held as international public goods by CGIAR, securing in perpetuity the agrobiodiversity we need to feed the world.

Genebanks, which are repositories for genetic material, represent the biological foundation of global food systems, past, present, and future. They are the equivalent of our agricultural intellectual property, and they essentially offer open-source, patent-free “code” for crop breeders anywhere in the world–or potentially other planets–to develop varieties that are more resilient and nutritious and need less water and land.

The genebanks, which are spread over five continents and include a genetic library that survived the war in Syria, contain the most comprehensive back catalog of crop traits and their original or wild relatives. They also form a network that sends duplicate samples to the Doomsday Vault buried in the permafrost on Svalbard island near the North Pole.

As growing conditions change more rapidly under climate change, it is in the trove of genetic material in genebanks that scientists stand to find the traits that could climate-proof and shock-proof food supplies by incorporating them into new crop varieties–overcoming many of the barriers to fighting malnutrition and hunger around the world.

Within these genebanks, researchers have already identified a gene in wild potatoes that could help breed modern varieties to withstand late blight, the world’s most damaging disease for potato crops. Eliminating losses caused by crop disease would immediately generate more food, income, and opportunities to reduce chronic hunger without needing more land, resources, or food aid.

The potential for genetic gains through crop breeding is not limited to disease resistance. Identifying and combining traits that allow farmers to sow rice seeds directly in the ground–rather than transplanting them in flooded fields–can reduce the amount of water needed for rice production, which eases the burden on smallholder farmers and safeguards a staple crop against water shortages. Such varieties are currently being tested across South Asia and Africa.

The possibilities for better crops to do the heavy lifting against hunger are endless: saline-tolerant rice that withstands more extreme and frequent floods, drought-resistant maize and wheat that secures food amid water scarcity, and faster-growing, early-maturing varieties that increase the growing season for those who depend on agriculture for their livelihoods.

In short, genebanks may just be the exact kind of transformative investment that entrepreneurs like Elon Musk could get behind if they are serious about contributing to the fight against world hunger. These resources are currently funded on an annual basis by generous, committed donors who do not have the scale of resources to fund an endowment. Long-term funding securing the assets’ survival in perpetuity would accelerate the rate and equity of innovation available–“seed funding” at its most literal and important.

While neither money nor research alone will “solve” hunger, they can catalyze systematic change on a global scale and significantly reduce the number of people who are starving or chronically malnourished. As a result, those currently at most risk from short-term food crises will also have a stronger starting position and be better placed to cope with temporary food shortages.

Dr. Claudia Sadoff is the managing director for research delivery and impact at CGIAR, the largest publicly funded agricultural research institution in the world.