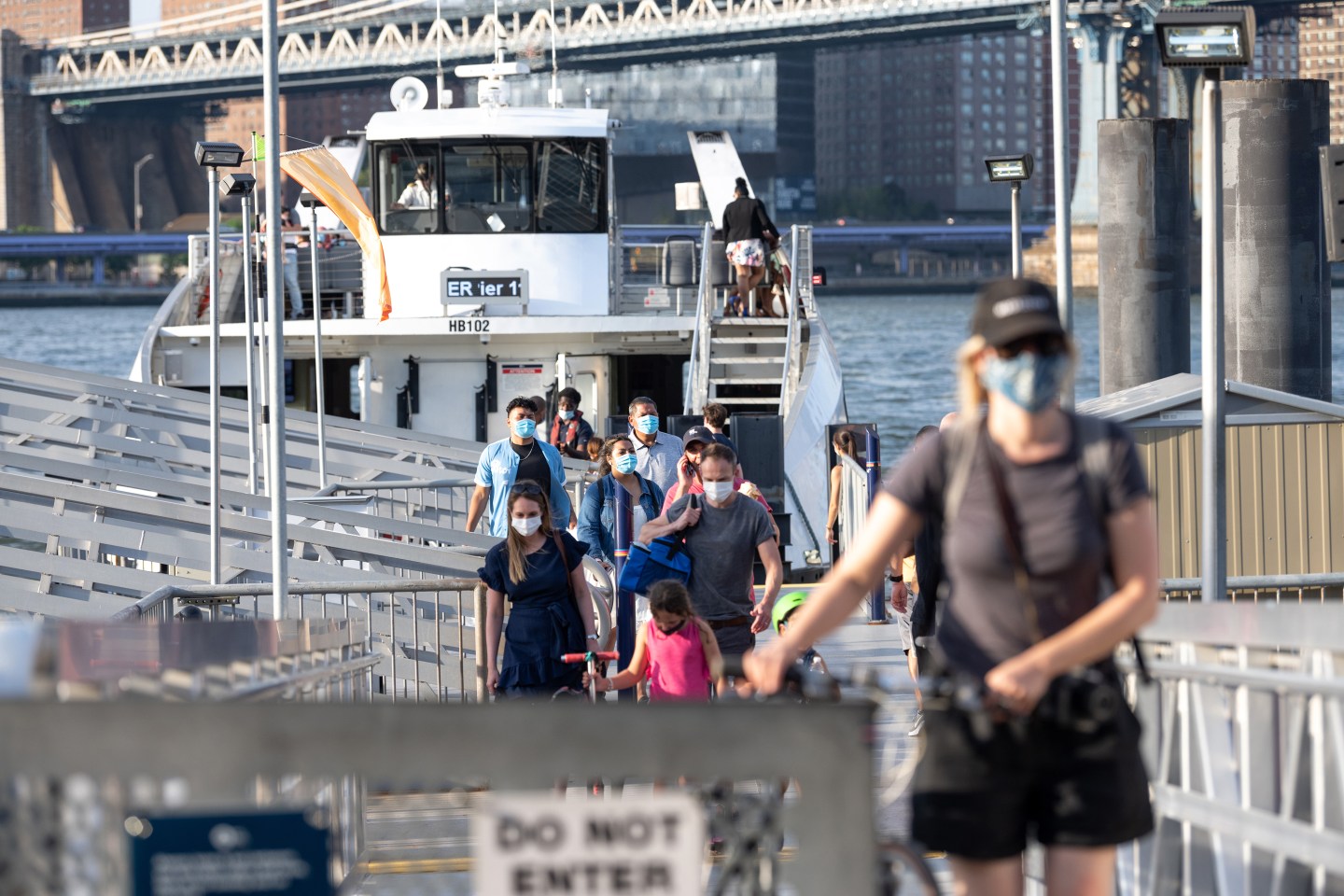 From Wall Street to Main Street, much hope in the COVID-19 crisis has been placed on “herd immunity,” the idea that a sufficient number of people will eventually develop antibodies to stop virus spread and curtail the pandemic. That thinking is behind President Donald Trump’s insisting, “The virus will disappear. It will disappear.”

The Swedish government chose to pursue herd immunity during the spring when COVID-19 overwhelmed many European nations, favoring voluntary control measures over strict lockdown procedures. This week, 21 Swedish infectious diseases experts denounced the policy, writing, “In Sweden, the strategy has led to death, grief, and suffering, and on top of that there are no indications that the Swedish economy has fared better than in many other countries. At the moment, we have set an example for the rest of the world on how not to deal with a deadly infectious disease.”

The United Kingdom also flirted with a herd immunity strategy in March, but it soon backtracked as the death toll rose and Prime Minister Boris Johnson was hospitalized with COVID-19.

The problem with herd immunity is the word “herd.” Some 400 vaccines are used on livestock, fish, pets, and zoo animals worldwide: all creatures without free will. A herd can be protected against a disease by allowing a pathogen to spread within it, killing some but leaving the survivors resistant to infection. The same outcome can be achieved, at less cost in lives, by vaccinating a sufficient percentage of the herd. In both scenarios, the percentage needing protection depends on the pathogen’s infectiousness. For example, if 70% of domestic dogs are vaccinated against rabies, the worldwide canine herd is protected and dog bites do not transmit this lethal virus to humans.

In a democracy, humans have free will, including the ability to choose to do idiotic things that put themselves and others at high risk for infection. They chafe at restriction, bridle at confinement, and often defy the best interests of the herd.

Modeling of SARS-CoV-2 indicates that an infection rate of 65% to 70% is needed to protect the rest of our freewheeling human herd. Thus, two-thirds of the U.S. population must become resistant to the virus before our epidemic shifts from collective catastrophe to isolated incidents. But allowing infection of about 200 million Americans translates to more than 1 million deaths, a morally reprehensible toll. The 10% antibody-positive rate among Swedes, the 5% seen in survivors of Spain’s epidemic, and even the 45% found among London health care workers involved in COVID-19 patient care come nowhere near herd immunity levels.

A study of blood samples collected this spring in 10 U.S. cities found the highest seropositivity rate, 22.7%, was in New York City at its March/April epidemic peak. The city’s chief medical officer, Jay Varma, says, however, that this antibody rate offers no solace, since “herd immunity is a very unlikely explanation…We’re not nearly at a level where we would expect that immunity would play a major role in decreasing transmission.”

Moreover, a positive result on an antibody test does not guarantee protective immunity; the detected antibodies may be neither strong enough to counter the virus nor targeted appropriately. It seems paradoxical, but the strongest antibody responses are seen in the sickest patients, including those who die. People with asymptomatic or mild infections usually develop weak responses.

The common perception that someone who recovered quickly had strong antibodies that “beat the virus” is flawed. It’s unknown whether the weaker antibody responses are protective against reinfection, and we’re still foggy on how T cell immunity kicks in. Isolated cases are increasingly reported of individuals who survived COVID-19, tested negative for the virus, and then weeks later were reinfected and took ill. These cases are rare but may become more common.

The key issue is duration: How long does immunity to SARS-CoV-2 last? We are still very early in this pandemic. No studies have tracked immune responses in people for much longer than three months. Results are mixed. In New York City, local researchers say people seem to still be robustly immune after three months. But a London study saw immunity waning strongly over that period, and in the Chinese district of Wanzhou, 40% of asymptomatically infected people and 12.9% of COVID-19 cases rapidly became antibody-negative.

Such findings should come as no surprise. Immunity to the related coronaviruses that cause common colds wanes after about a year, so people can catch colds over and over again. Nobody discusses herd immunity for common cold viruses—because there is no such thing.

If herd immunity via infections is off the table, the world needs a vaccine. Several Operation Warp Speed (a public-private program designed to speed up COVID-19 vaccine development and distribution) vaccine candidates have elicited antibodies and T cells in human trials, but it’s too early to tell whether any will protect against infection or reduce the severity of disease. Only large-scale efficacy trials can provide those much-needed answers. However, the urgency of the pandemic and other pressures will probably mean that vaccines will be approved for mass use well before we know their duration of protection. Nobody wants to wait a full year to see if immunity is sustained for 70% of the human herd.

It is quite foreseeable that immunity to the first approved COVID-19 vaccines will diminish over time, requiring frequent booster injections.

Of course, a vaccine can only confer herd immunity if it is widely used. Opinion surveys show many American “herd” members have already decided to reject a SARS-CoV-2 vaccine. Polling results in May found only 49% would take it, and 31% were unsure, while 20% would refuse a vaccine under any circumstances. A July survey found similarly sobering results. A scientific task force has warned that the Operation Warp Speed vaccine effort “rests upon the compelling yet unfounded presupposition that ‘if we build it, they will come.’”

To boost public confidence, it is essential that vaccines are approved only after both efficacy and safety are rigorously proved. Any rushed political interventions and election year politics that compromise safety assessments could render mass immunization impossible by further fostering public distrust.

As prominent economists have put it, “Absolute economic recovery rests on the eradication of COVID-19. The reality is that the timeline, efficacy, cost, and distribution of a vaccine all introduce factors that we do not believe are appropriately reflected in the markets and public sentiment.”

This killer coronavirus will not simply “disappear” as long as human behavior allows it to spread within the herd. A Wall Street miracle, where powerful, lasting immunity emerges en masse and allows the world economy to return to its 2019 ways, is delusional. Until a vaccine or multiple vaccines are developed and used on a global scale to confer herd immunity, human beings must exercise free will to protect themselves and the rest of the human herd by using masks, social distancing, and good old-fashioned common sense.

Laurie Garrett is a Pulitzer Prize–winning science writer, author of Betrayal of Trust: The Collapse of Global Public Health and other books, and a science contributor for MSNBC News.

John Moore is a professor of microbiology and immunology at Weill Cornell Medicine who has conducted research on HIV and, more recently, SARS-CoV-2, neutralizing antibodies, and spike glycoproteins.