Why unions are crucial to empowering Black workers 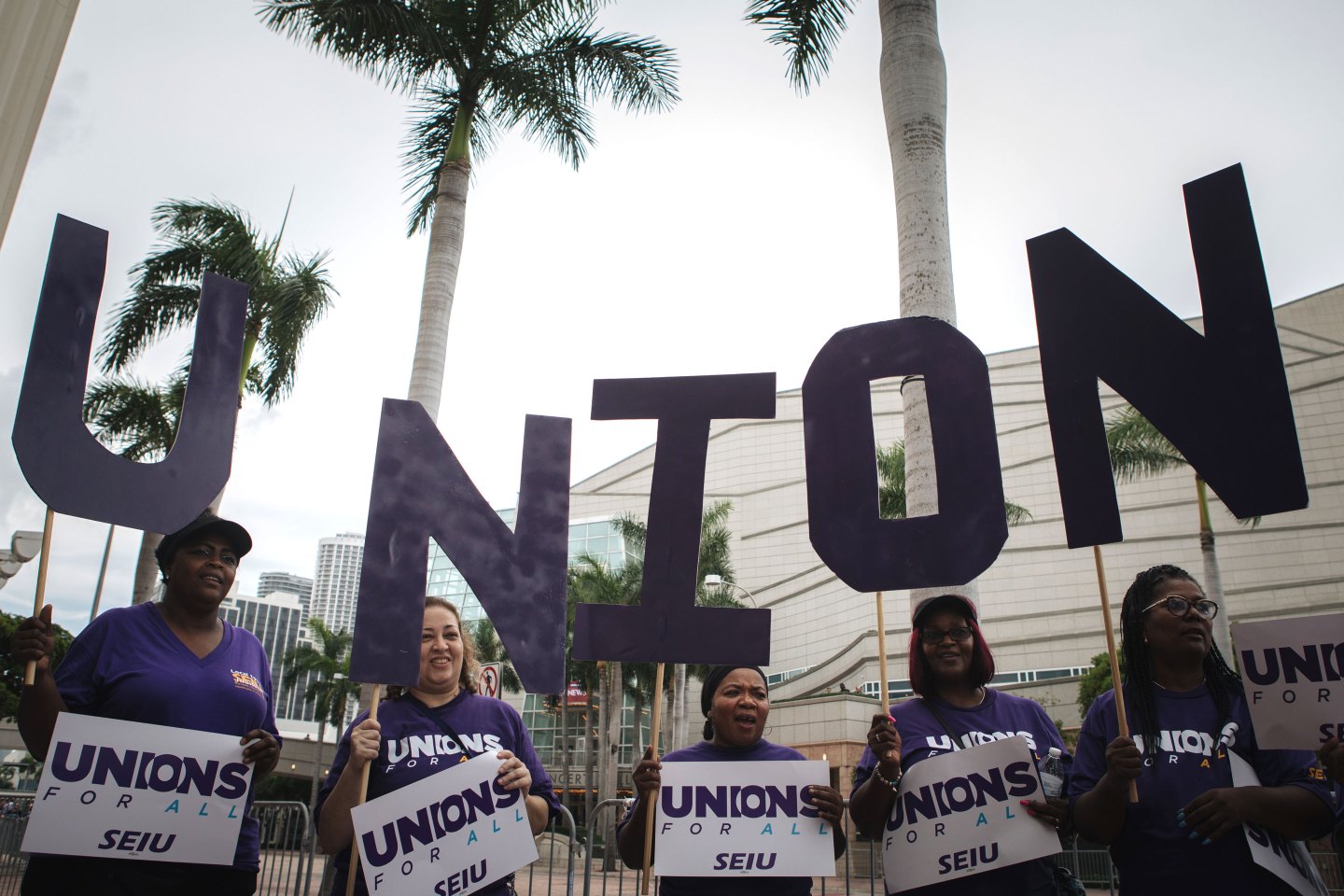 Amid a global pandemic devastating Black communities across the U.S., and following the horrific murders of George Floyd, Breonna Taylor, Ahmaud Arbery, and too many other Black people, our nation is in a moment of reckoning.* We’re grappling with a national legacy of violence and can no longer ignore the deadly impacts of structural racism.

That’s why we’re joining thousands of working people and allies today in the Strike for Black Lives. We’re coming together to declare that until Black communities thrive, none of our communities can truly thrive.

We know that change is possible because we’ve seen it happen when people organize to demand better.

One of us, Mary Kay Henry, is the president of one of North America’s largest unions, the Service Employees International Union (SEIU). And Rasheen Aldridge is a former fast food worker from St. Louis who a few years ago became the youngest Black committeeman in St. Louis history. Now, at 25, he’s the youngest Democratic member of the Missouri House of Representatives.

We were first brought together in the fight for justice for Black fast food workers in St. Louis. Rasheen had been working at Jimmy John’s, making a few pennies above minimum wage. After his area manager forced him to hold a sign that said, “I made three wrong sandwiches,” and snapped a photo, he’d had enough. Rasheen and his coworkers became the first workers to go on strike in St. Louis as part of the Fight for $15 and a union movement, which SEIU has proudly supported from the start.

After Michael Brown was killed by police in 2014, it became more clear than ever that the fights for economic justice and against systemic racism were inextricably linked. Fast food workers took to the streets and helped deliver interconnected demands for an end to police violence against Black people and a just economy. Even though we were pepper-sprayed and teargassed, and tanks lined the streets, the energy and resilience of young people sparked something.

Ferguson created not just change for St. Louis, but for our whole country. We saw Ferguson was everywhere. It was a system that had existed for so long that said certain people’s lives don’t matter.

But we still have so far to go, as the recent police violence shows. Creating a just economy and society that values Black lives requires structural change that we haven’t yet achieved. It means more workers have a voice on the job and in our democracy, because by joining together, workers can hold government and corporations accountable to ensure Black lives matter.

Coming together in a union allows workers to demand greater protections and higher wages to build a better future. Black workers are the most likely to be represented by unions, and get a larger boost than white workers do from being in a union. And Black union workers are paid almost 17% more than nonunion Black workers. They’re also 15% more likely to have a retirement plan and health insurance.

Unions are the best counterweight to corporate power, which is part of why corporations have fought workers for decades, pouring millions into anti-union campaigns and buying off politicians through political contributions. And today amid a global pandemic, corporations like McDonald’s, Uber, and Amazon have failed to protect workers. They are quick to claim Black lives matter, but they’ve failed to change policies that would protect the health and economic security of Black workers.

The essential workers putting their lives on the line without proper PPE or paid sick days are more likely to be Black. Right now, more than half of Black workers make less than $15 an hour. Millions of workers have lost their jobs and health care. And the virus itself is devastating Black communities with high rates of infection and mortality.

All of these factors have added up to an overlapping crisis of public health, a broken economy, and deadly systemic racism. That’s why today, from California to Connecticut, from Michigan to Florida, working people are demanding corporate executives and elected officials use their authority to reimagine our economy and democracy to ensure communities of every race can thrive. They need to disrupt the multigenerational cycle of poverty and allow workers to form unions to bargain for better lives. We’re demanding everyone has a voice in our democracy. And we’re demanding an end to violence against Black people at the hands of police.

Rasheen Aldridge represents the 78th District in the Missouri House of Representatives.

*Editor’s note: Derek Chauvin, the officer who placed his knee on Floyd’s neck, has been charged with second-degree murder, but has yet to face trial. One of the officers involved in the killing of Taylor has been fired; none currently face criminal charges. The three men accused of killing Arbery have been indicted on murder charges, but have not yet gone to trial.