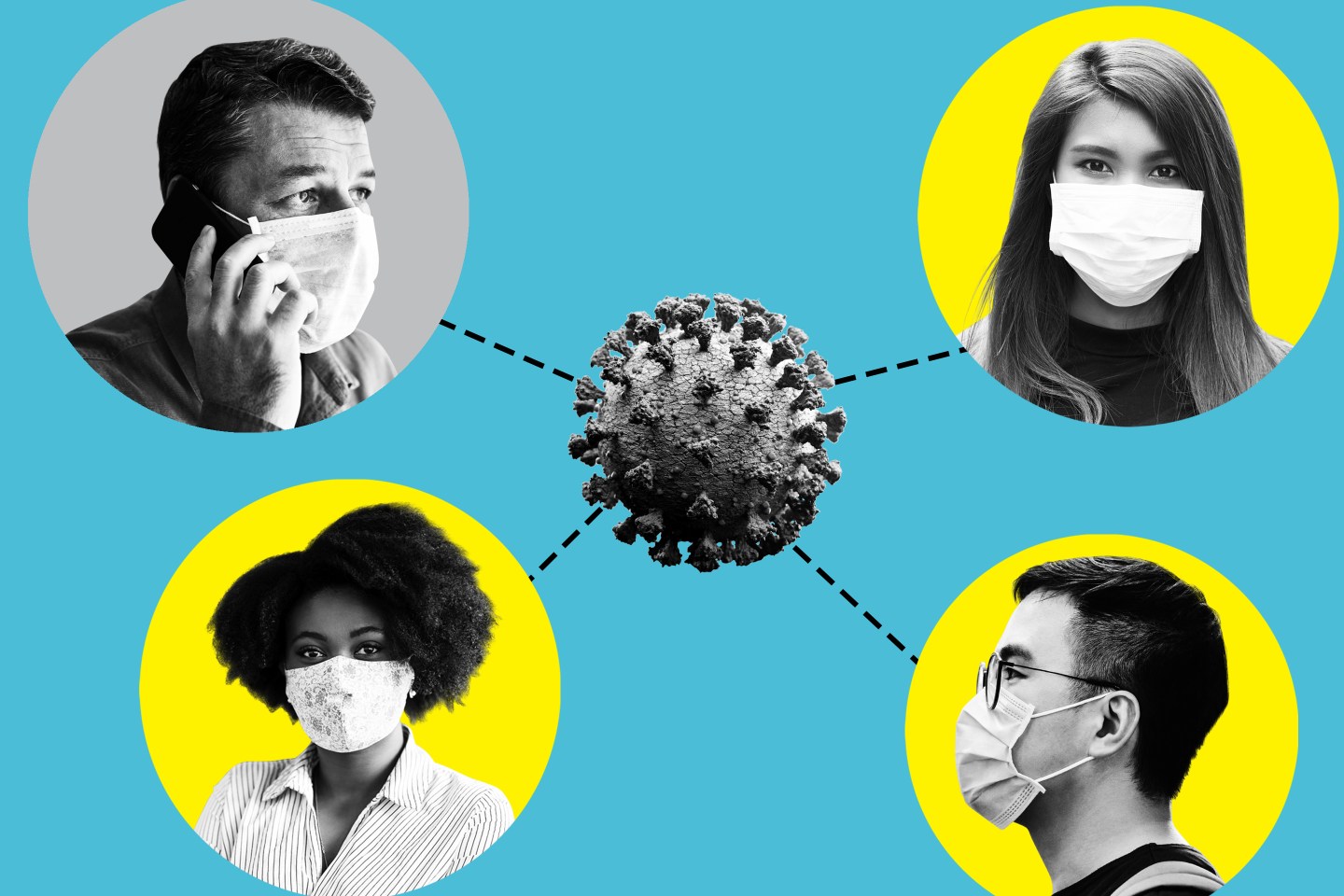 When the coronavirus lockdown hit my home state of North Carolina in March, I had more free time than most Americans. I am a single woman and long retired from a 40-year working life, including almost 25 years as a reporter, writer, and editor at Fortune. With no children to school and only a few Zoom meetings on my calendar, I decided one day to sign up for a free online course in COVID-19 contact tracing from the Bloomberg School of Public Health at Johns Hopkins University.

This decision came after I had tackled household chores left unattended for several decades and also whittled down the book stack by my bed to a manageable height. A serious remaining to-do project was writing my own obituary, to relieve my siblings or their children of that chore when the time comes. The Bloomberg course offered a welcome detour around that plan. It was slated to last six hours, at the end of which, if I passed the final exam, I would be “certified” as having successfully completed the program. Presumably the credential would be useful for anyone seeking work in public health, but I was merely curious.

The point of contact tracing is to slow the spread of a disease, to break the chain so that one person can’t infect two-to-three others, which is the experts’ best guess of the average “reproductive number” or “R0” (pronounced “R naught”) for COVID-19. The course taught me that the R0 is “the number of people that one person will go on to infect if everyone they have contact with is susceptible to the disease.” (As an aside, the most startling fact I learned from the course is that for measles the R0 is 15!)

The trigger for contact tracing is someone getting a positive COVID-19 test result. The idea is to contact the infected person, known as the “case,” as quickly as possible, and to capture any information that could be used to stop the spread of the virus. The debriefing is typically done by telephone; the contact tracer calls and identifies himself as a worker in the local public health department. One mission is to find out whom the case has been in contact with since two days before symptoms first appeared, because that is the start date of possible spread. Another task is to be sure the case is isolating from others in the household, so that they are not infected, and to offer advice about how to find other living quarters if isolation is impossible.

The Bloomberg course suggests the case be told this first call could take about 20 minutes, but it’s easy to envision something much longer. If things work as they should, the case will have just learned of the positive test, may be frightened as well as sick, and may have his own questions that need answering before the contact tracer bores in. An example of a possible question for the case is: “Would you be willing to look at your calendar, or phone, or social media to help jog your memory about what you did this past week?”

To use another example from the course, say the case went to choir practice with five other choir members the day before symptoms appeared. The tracer needs to learn who the singers were, plus any other information such as phone numbers that the case can provide. Those could take a while to dig out, assuming they’re available. The contact tracer’s next calls go to all such contacts, imploring them to self-quarantine for 14 days.

The online teachers from the Bloomberg School are models of clear thinking and explanation. They use words anyone can understand. Probably the most exotic word in the curriculum is “rapport,” defined as “a feeling of mutual understanding, trust, and agreeableness between people”—all virtues running out of stock in today’s frazzled society. Nonetheless, the course teaches that establishing rapport with the infected person “is central to everything that contact tracers do.”

Extra layers of complications make establishing rapport tricky. The case may be an illegal immigrant, or someone who, for whatever reason, gets anxious dealing with “government.” In my state, Attorney General Josh Stein reports that phone scammers are taking advantage of the situation, calling people with news they have been infected and asking for personal information or money. His advice: “Be skeptical.”

It has probably dawned on most readers that the greatest obstacle to contact tracing may be the simple fact that people rarely answer strangers’ phone calls anymore. I did some canvassing during the recent presidential primary, and I’m guessing I reached three people for every hundred I tried. At least contact tracers should have the case’s valid phone number, since people who take the COVID-19 test are motivated to hear the results. And often those tested are told at the time to expect, and accept, calls from contact tracers if their tests are positive. Of course, there’s no assurance anyone will cooperate and plenty of evidence some will not: In recent well-publicized accounts, contact tracers in Florida and New York have encountered none-of-your-business blowback from young infected partygoers.

If I ever get around to writing that obituary, one thing it will not say is: “She was a contact tracer during the Great Coronavirus Pandemic of 2020.” This is a job for someone younger and more energetic. I did my share of investigative stories at Fortune, but now I am three years older than even Dr. Anthony Fauci, and this work is just too hard. Think dogged investigative journalism, with no prospect of a Pulitzer.

But the course also made me a believer in the importance of the job. Despite all the obstacles, contact tracing has been effective at checking the spread of other diseases such as tuberculosis and AIDS. And the method need not work perfectly to reduce the exponential progression of COVID-19. If just one of those presumably infected singers at choir practice, for example, can be taken out of circulation before infecting anyone else, the next six months could be spared hundreds of new cases. The more good people we have working for such big-time payoffs, the sooner our lives can return to normal.