Winning the peace: Lessons from history for a post-coronavirus economic recovery 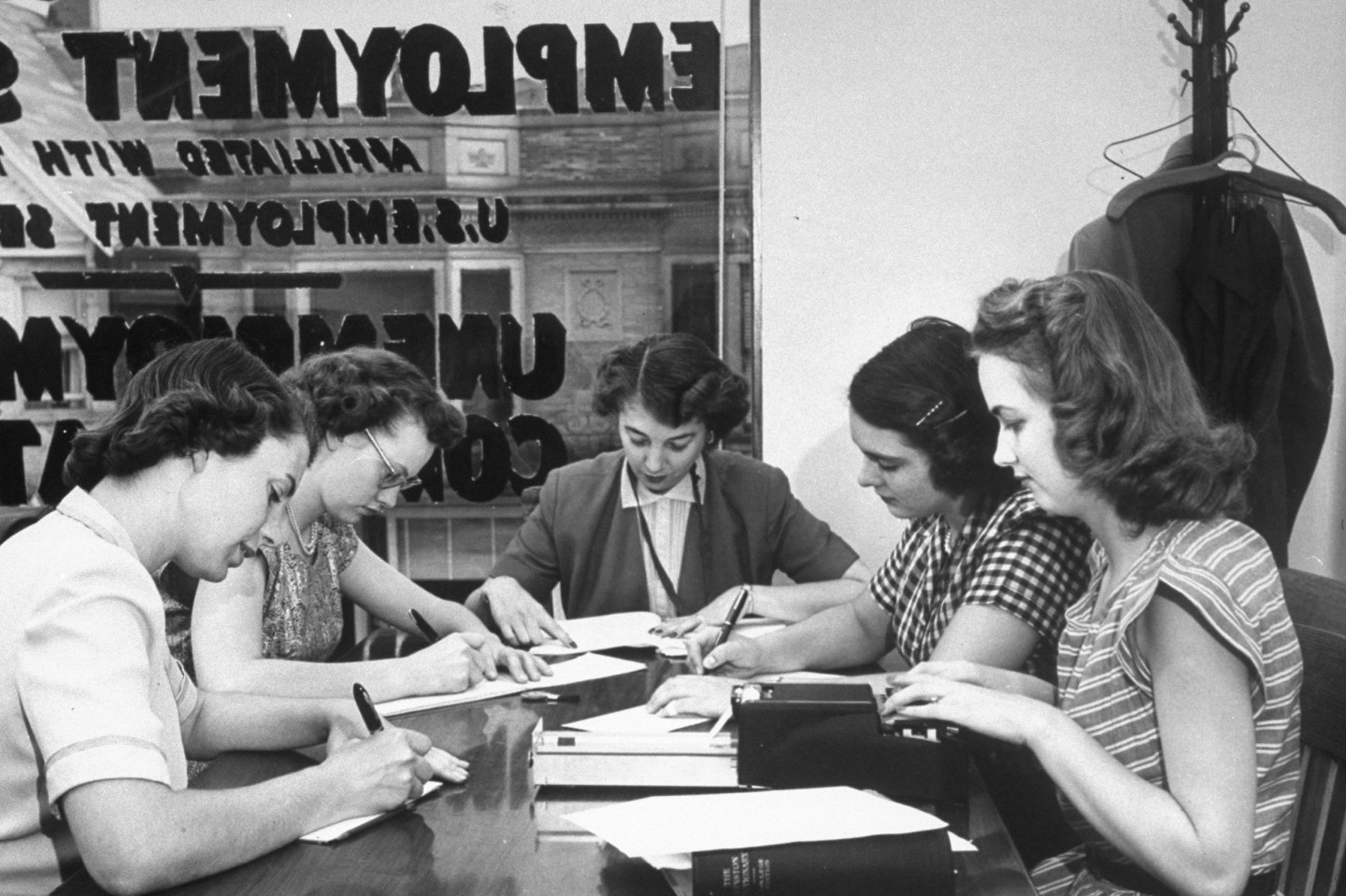 The French have a phrase for it—“les trente glorieuses.” The German term is “wirtschaftswunder,” or economic miracle, and the Italian is similar, “il miracolo economico.” In the United States, it’s just the “good old days.” Whatever the term, it recalls the decades after World War II, in which strong economic growth—4% annually in the United States, 5% in Western Europe, and 8% in Japan from 1950–70—spread prosperity widely. Truly, these countries can be said to have “won the peace.”

As the world considers how to rebuild once COVID-19 becomes less of a threat, the lessons of history can be pertinent. For a start, let us note that there were no postwar miracles. Success came from actions taken by international institutions, government, and business. All three sectors pulled in the same direction—toward greater openness and higher productivity.

While COVID-19-wracked 2020 is not war-torn 1950, a similar kind of cohesive effort is essential. In this article, we look at the role of international organizations and the public sector. In our next one, running later this week, we’ll consider the private sector.

Global problems need global attention, something that postwar leaders recognized. Then, the emphasis was on liberalizing the trade in goods. Today, the priority needs to be on trade in services, which is growing much faster, and the flow of data faster still. Global institutions need to be modernized to meet this dynamic.

A dozen technologies could create $33 trillion in value by 2025 and foster the next generation of inclusive growth. Among them: the Internet of things, advanced robotics, genomics, energy storage, and renewable energy. For these to advance, global agreements that enable the flow of data and services, including standards on digital taxation, privacy, and security, need to be developed. Without a global framework, regulation will be fragmented, which raises costs and irritation—as ongoing disputes over digital taxes and privacy prove.

This could be done through existing institutions, such as the World Trade Organization (the successor to GATT, the postwar trade entity). But it may make sense to start from scratch, given the distinctive issues involved. In either case, it is essential to protect intellectual property, which, as Abraham Lincoln said, “adds the fuel of interest to the fire of genius.” Second, an international agency can adapt best practices from national governments, such as Britain, Denmark, and South Korea, who all get high marks for delivering digital services while safeguarding their citizens’ rights to privacy and access to their own information. Think of it as GATT for the 21st century.

In many countries, distrust of established institutions is rising. To increase trust, governments need to show that they are serious about adapting postwar social policies to the present-day realities of more insecure work, higher housing costs, and greater economic polarization. Yet social policies related to work, unemployment, and income support have not changed nearly as much as the circumstances around them. For example, more could be done to address the needs of temporary and gig workers.

Governments in Australia, France, Georgia, and Massachusetts, are considering or have passed legislation that extends unemployment insurance to independent contractors. Others allow recipients to continue to receive benefits if they are working part-time or starting a business. Governments from Germany to Nebraska to Minneapolis are changing zoning laws to encourage denser and cheaper housing. Making benefits portable—that is, attached to individuals, rather than workplaces—is another option. New York State’s Black Car Fund provides workers’ compensation, paid for by a fare surcharge, for livery and ride-share drivers. These are just some of the many ideas that countries and states are experimenting with; we cite them to illustrate that there are many different options to learn from. The role of government is to identify the best ideas, test them, and then expand (or discard) them.

There can be no inclusive growth without economic growth. That means productivity has to grow, too—as it did strongly after the war, but weakly of late in most advanced economies. There are proven “catch up” approaches, such as cutting red tape that impedes business formation (and dissolution) and liberalizing labor markets. The other way to boost productivity is to “push the frontier” of innovation and technology; this requires supportive regulation. The evidence is clear that industries in which competition is robust see higher productivity growth. In addition to enforcing antitrust law, then, governments need to reconsider policies that suppress competition, such as subsidies that favor incumbents or licensing requirements that keep out new entrants.

The recent history of Sweden shows the benefits of strong pro-competition policy. In the early 1990s, slow-growing Sweden faced an economic crisis. So it deregulated product markets; broke up cartels; opened the economy to foreign investment; and encouraged entrepreneurship. And it worked. From 1995 to 2011, Sweden recorded the highest productivity growth among all developed countries; economic growth accelerated, and private-sector employment and individual incomes grew strongly.

Finally, postwar governments invested in people by broadening access to health care. Today, too, investing in health is an investment in growth, with an estimated return of $2 to $4 for every dollar spent. In advanced economies, the economic benefit comes from the possibility of creating a longer, healthier middle age: Think of 65 as the new 55. Beyond the obvious benefits to individuals, this would allow more people to work longer and more productively. In the United States alone, delayed retirement could add 675 million work hours per week. That is important in the context of slow labor force growth.

Interventions that provide the most benefit at low cost include smoking cessation, weight management, road safety, lower back pain management, and the use of antihypertensives and statins. Expensive? Maybe not. The McKinsey Global Institute estimates that improving “health care delivery efficiency could more than pay for the additional spending required.” The COVID-19 crisis has shown the direct connection between health and the economy and provides an important moment to reset priorities.

Next: Reimagining the social contract between the private and public sectors

Kevin Sneader is the global managing partner of McKinsey & Co., where Shubham Singhal is a senior partner.