Pay Attention to These Categories and Shows at the 2019 Emmys, Awards Experts Say 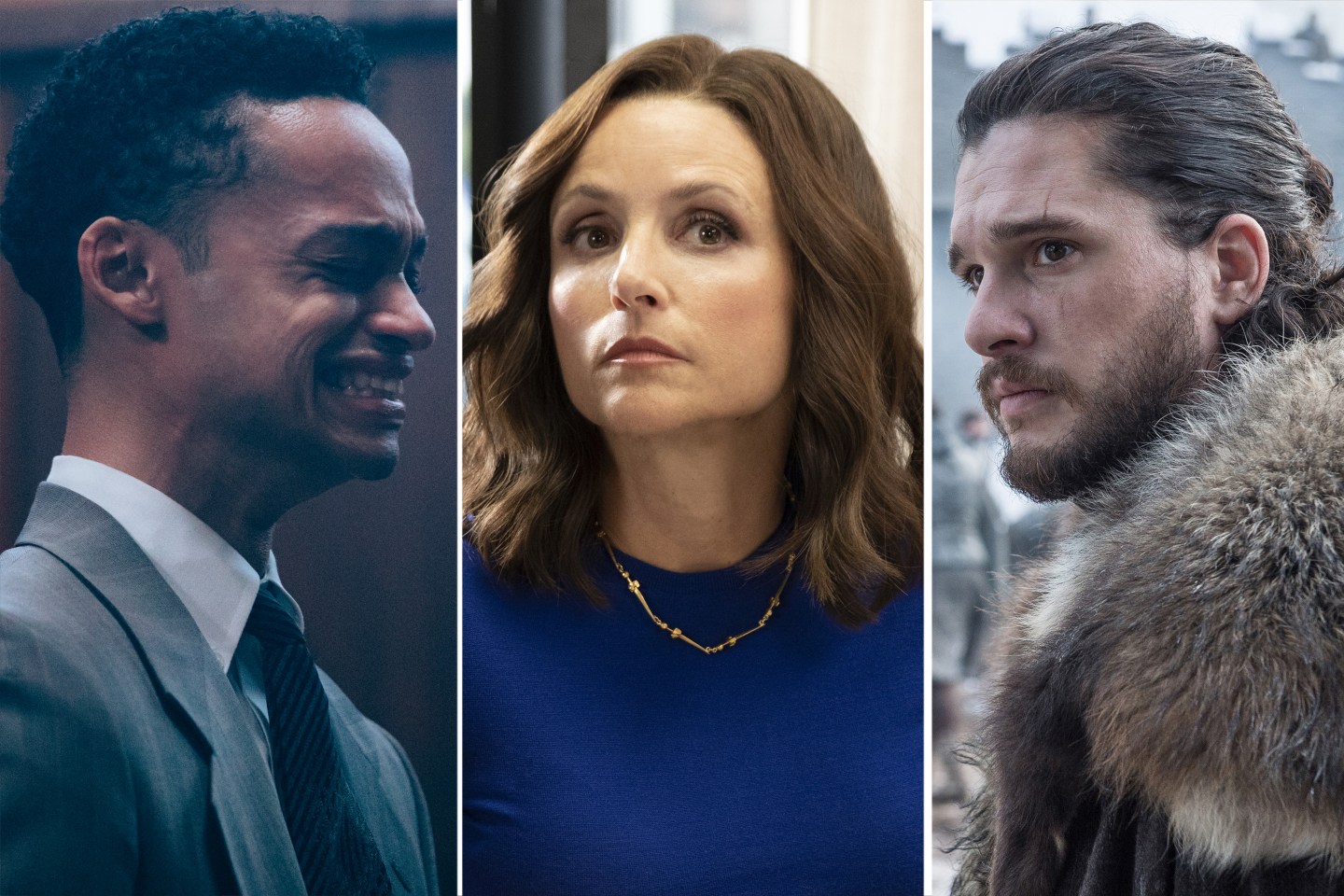 The 71st annual Emmy Awards are upon us and the competition is as stacked as ever. Game of Thrones and Veep concluded their iconic runs earlier this year and have one last chance at Emmys glory, potentially with record-breaking results. Netflix is well-represented in the nominations, which, frankly, is no longer a surprise, while Amazon has the show that everyone seemed to talk about this year: Fleabag. And let’s not forget the tightly contested acting races.

Which categories in particular will be of interest at the 2019 Emmys? Fortune reached out to awards experts to ask what to pay attention to on Sunday. Here’s what they suggest:

‘Limited Series is one of the most exciting’

That’s the view of Rotten Tomatoes Editor-in-Chief Joel Meares, who believes both the Outstanding Limited Series, as well as Outstanding Lead Actor in a Limited Series categories hold intrigue. The former includes HBO’s Chernobyl and Sharp Objects, Showtimes’s Escape at Dannemora, Fosse/Verdon over at FX, and Ava Duvernay’s When They See Us from Netflix.

In particular, though, Meares says there could be a face-off between two actors in Limited Series: Jharrel Jerome as Korey Wise in When They See Us and Jared Harris as Valery Legasov in Chernobyl.

“It’s really interesting because you have the new generation of Jharrel, who astounded people as one of the Central Park Five—he was the only actor to play the young and adult version—he’s incredible, it was star-making performance,” Meares says. “On the other hand Chernobyl came out of nowhere and everyone bowed down because it’s so incredibly well done. Jared has acted on series for the last five years on shows like The Crown, AMC’s The Terror, Mad Men, where he played Lane. He’s someone who’s been building up an incredible body of work, getting respect, so this generational difference will be fascinating.”

Erik Anderson over at AwardsWatch points out that HBO’s Game of Thrones set the all-time Emmys record for most nominations with 32, breaking a 25-year record previously held by NYPD Blue. While 18 of those were for the Creative Arts Emmys, which recognizes technical achievement, it can be a good indication of how Emmy voters are feeling. And there could be more records on the way for Game of Thrones, despite its polarizing eighth and final season.

Thrones last weekend won 10 Creative Arts Emmys, just shy of its personal record—including Creative Arts and Primetime Emmys—of 12, which it set in 2015 and 2016. With 14 Primetime Emmys to compete for on Sunday, the HBO behemoth needs just three more to set a new record.

“It’s inevitable that it’s going to break the record again, it’s just a matter of by how much,” Anderson says. “There’s directing, writing, overall series and then all the acting categories. Are the voters going to go just absolutely crazy and give the show everything? I think that’s one of the most interesting elements, at least for people who pay attention to historical context.

“So far only Peter Dinklage has ever won an acting Emmy for Game of Thrones—he will probably win again,” Anderson adds. “The show is winning [for Outstanding Drama Series], and it will probably win Directing for ‘The Long Night’ battle.” As for Outstanding Supporting Actress in a Drama Series, which has four Game of Thrones actresses, Anderson says he’s not a believer in the “vote splitting theory,” though he has Gwendoline Christie or Lena Headey winning over Sophie Turner or Maisie Williams.

‘There’s so much interesting, female-driven comedy’

Common sense says that with a satisfying series finale and six consecutive wins for Outstanding Lead Actress, Veep and Julia Louis-Dreyfus should be shoe-ins for comedy glory at the 2019 Emmys. But the beloved political satire has some immense competition this year from other female-led shows, author and film critic Thelma Adams says.

In particular, Phoebe Waller-Bridge and Natasha Lyonne will be forces to reckon with in both the Lead Actress in a Comedy Series and Outstanding Comedy Series categories, as each starred in and created Fleabag and Russian Doll, respectively. Christina Applegate (Dead to Me, Netflix) Rachel Brosnahan (The Marvelous Mrs. Maisel, Amazon Prime Video), and Catherine O’Hara (Schitt’s Creek, Pop TV) all have fighting chances to take home the lead comedy actress award as well.

But, ultimately, Adams says, “I would say this year seems like the year of Fleabag. The fact that she’s also the genius behind Killing Eve, she has layers and layers of support. It doesn’t mean she can’t lose, because Veep had a very, very good final season… although you have to recognize that they have been recognized so many times.

“Fleabag came in and was such a word of mouth hit,” Adams adds. “And then you had the whole ‘Hot Priest’ phenomenon. It has a lot of energy behind it, there’s something so transgressive about it. But either way, [all the comedy series] are so vibrant. When I look at the nominees I’m like, ‘Cool. This is great TV.'”

—From Modern Family to Mr. Robot, these shows are saying goodbye this season
—Here’s when your favorite TV shows return this fall
—Music supervisors for Better Call Saul, Russian Doll, and Fosse/Verdon talk about their craft
—Inside Succession with executive producer Adam McKay and actor Kieran Culkin
—Women creators are stealing the spotlight on TV
Follow Fortune on Flipboard to stay up-to-date on the latest news and analysis.