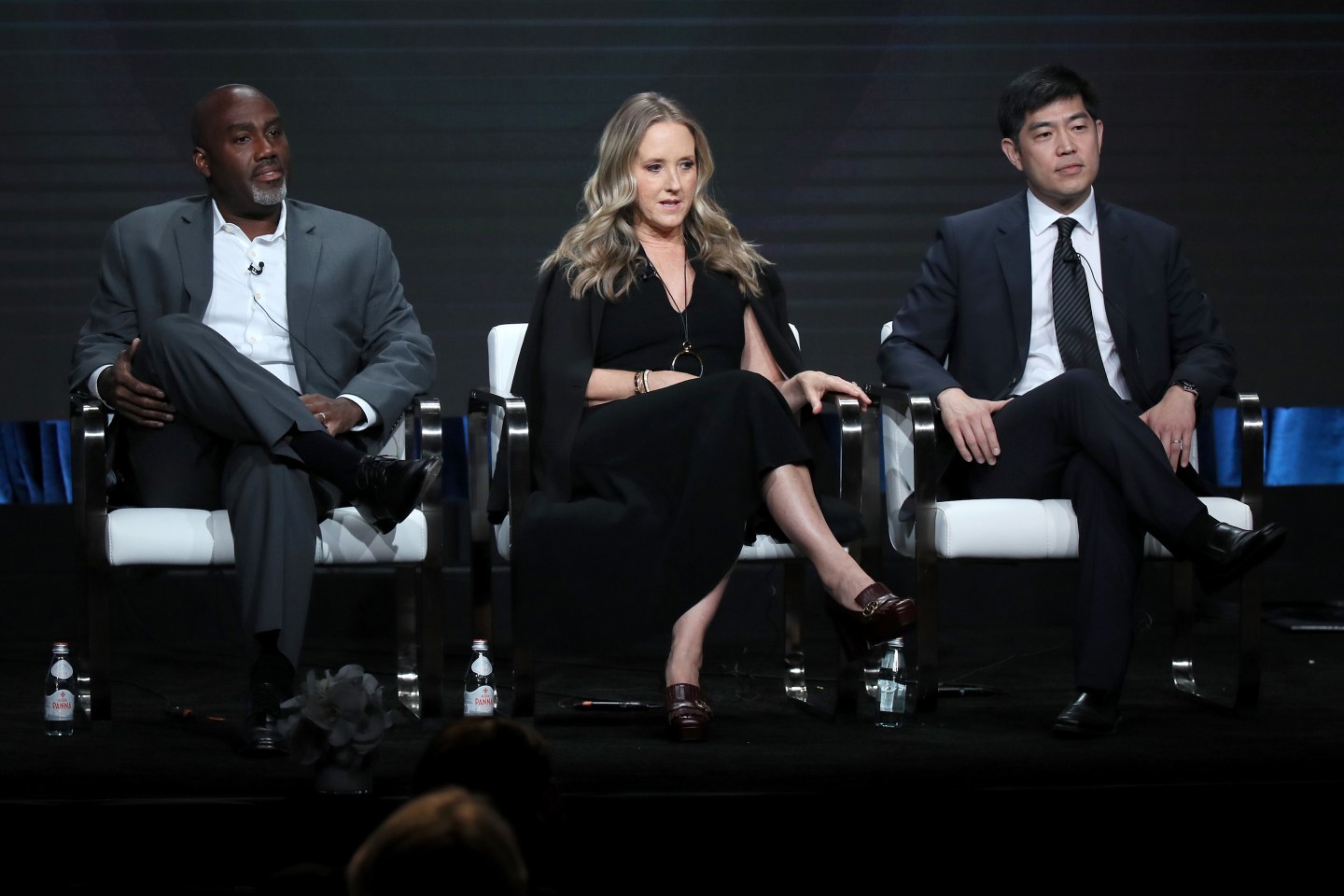 On Saturday, day five of the annual summer Television Critics Association (TCA) press tour, during which most major networks and streaming companies roll out their content strategies to journalists for the coming year, Amazon Studio chief execs set the company apart again from Netflix, mostly just by showing up.

The latter of the streaming giants, which off-and-on has eschewed presenting at the press tour in the last few years, was absent from the lineup just nine days after it reportedly lost $17 billion in a single day, giving Amazon Studios President Jennifer Salke perhaps an even sweeter pulpit from which to extol her company’s virtues.

“We curate shows to bring to our global, diverse audience. We’re not in the volume business; we’re in the curated business,” Salke said, flanked by co-head of TV and COO Albert Cheng and co-head of TV Vernon Sanders, from a stage inside the Beverly Hilton Hotel. Unlike the programming of their competitors, Salke said Prime Video offerings are part of a “greater value package” for Amazon’s now 100 million subscribers in over 200 territories.

The trio also addressed whether the studio would ever be inclined, as Netflix lately has been wont to do (albeit inconsistently), to share performance numbers on their series, either publicly or internally with their showrunners. “We don’t share absolute numbers,” said Cheng. “But we do have ways they can understand how their shows are performing.”

Most relevant to Prime Video fans were updates the execs offered on various Amazon series, including the still-gestating Galaxy Quest and Black America (no updates), Patriot (canceled), The Romanoffs (canceled), Good Omens (the hope of a second season rests solely with creator Neil Gaiman), the Lord of the Rings spinoff series (production begins in 2020), and Carnival Row (renewed early, just ahead of its Aug. 30 premiere).

Salke also fielded questions about the studio’s critical darling Fleabag, which netted 11 of the studio’s 47 Emmy nominations for its second season. “I dream of wiggle room,” she said of her hope that the series’ very busy creator-star Phoebe Waller-Bridge, who has said the series is likely over, would consider a third installment. If not, the studio has plenty of new talent to call upon: Amazon also announced on Saturday a slew of big talent deals, including with Lena Waithe, Forrest Whitaker, Connie Britton, and Blake Lively.

—Netflix’s cancellation of Tuca & Bertie renews criticism of its algorithm

—Will Tarantino’s Once Upon a Time in Hollywood live up to the box office hype?