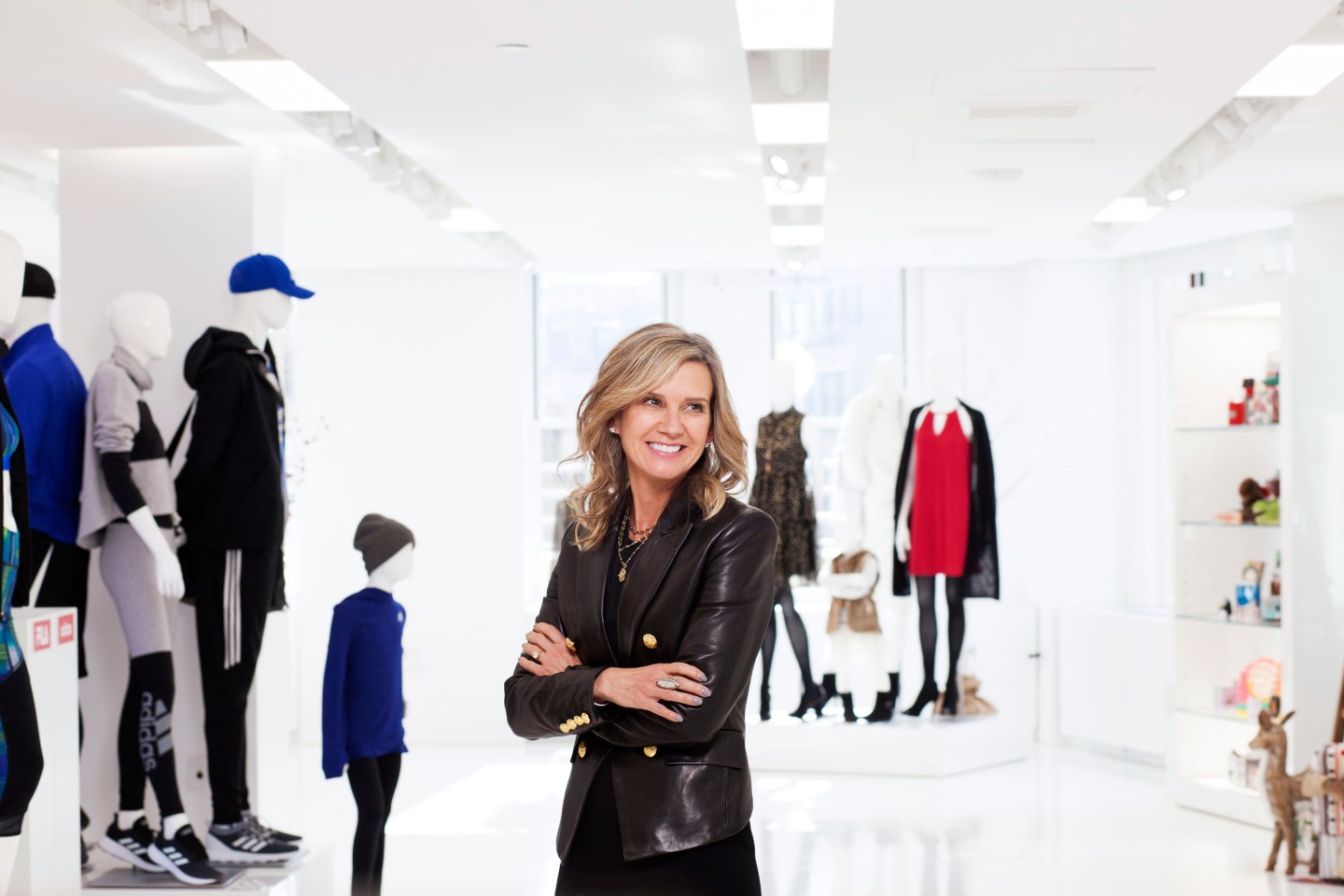 The roster of newly-minted CEOs at America’s largest companies for 2018 contains more executives named Jeffrey and Michael than it does women. (Yes, you read that right: two men named Michael were named CEO in 2018, two named Jeffrey, and just one lone woman.) Contrary to the myth of rising churn at the top, mega-cap CEOs are keeping their jobs for almost a decade, at least as long as in the past. The premier training ground for today’s chieftains? It’s not an Apple or Microsoft but that ever-inventive thirst-quencher, PepsiCo, Inc.

Those are just a few of the insights from the “New CEO Report” for 2018, a survey of the newly-named leaders at the 250 largest S&P 500 companies, measured by last year’s revenues, conducted by Feigen Advisors, LLC. (TheNewCEOReport.com) The firm’s founder, Marc Feigen––whom I nicknamed “the CEO whisperer”––is America’s leading adviser to CEOs in waiting. Feigen’s speciality is CEO succession. He smoothes the process by counseling the executives who’ve been anointed to succeed the current chief in the period before they take charge, helping them to shape a strategic vision and introducing them to a braintrust of retired Fortune 500 chiefs who proffer advice. The list of current CEOs whom Feigen’s guided (and in some cases, continues to advise) include Bob Iger of Walt Disney, Fabrizio Freda of Estee Lauder, and Chris Swift of The Hartford.

The report on the class of 2018 could be subtitled, “a study in stability,” or even “here we go again.” Feigen has been producing the report since 2014, and this year’s results underscore the relentless, year-to-year consistency in the way corporate America transitions to new leaders––for good and for bad. Once again, the new class is dominated by veteran insiders who are replacing leaders who served their full, surprisingly lengthy terms, in carefully planned successions. Most don’t arise from a sudden upheaval. At the corporate giants, the proportion of departing CEOs forced out by dissatisfied boards, and surprise appointments from outside the company, are remarkably low.

But corporate America’s adherence to long-established practices has glaring weaknesses, including the boards’ failure to groom women for the top job. That’s led to a paucity of female CEOs that despite employers’ claims of championing their careers, isn’t improving.

Feigen has been producing the report since 2014, so it’s instructive to compare last year’s results with the trends over the full five-year period. Once again, the consistency is remarkable. The report found that last year, the S&P 250 replaced 23 CEOs. That turnover rate of 9.2% is below the 5 year figure of 11%, so although tenure at the top is shrinking in small and mid-sized companies, the giants are showing at least as much stability as in the past. Big Cap CEOs aren’t getting younger: The average age for the class of ’18 was 56 compared with the 5-year norm of 54.6.

Boards promoted 20 of the 23 new CEOs (87%) from within the companies’s ranks. Sixteen of those twenty insiders were long-tenured veterans who’d spent, on average, well over two decades with their employer. That’s right in line with recent history. Since 2014, 112 of the 134 new CEOs (84%) have been insiders. For example, Mike Wirth joined Chevron out of college in 1982, and Steve Squeri started at American Express in the Travelers Cheque Group in 1985.

But the other four insiders followed a different path. They were hired into senior positions, mainly from rivals, over the past several years, and “fast tracked” through through a range of roles where they displayed the mettle that won them top job. Tom Bene joined catering giant Sysco as chief merchandising officer from PepsiCo in 2013, and Lockheed Martin veteran Chris Kubasik went to defense contractor L3 Technologies as COO in 2015 as heir apparent.

Outsiders are usually hired to repair a struggling enterprise

CEOs in big-cap America serve a long time. Last year, the average tenure of the departing bosses was 9.3 years, slightly higher than the half-decade average of 9 years. Retirements overwhelmingly occur as planned, not because of a crisis. Last year, 18 of the 23 new CEOs took the torch from predecessors who’d served their full terms and left following a long-orchestrated process of succession. That’s nothing new; since 2014, around three-quarters of all CEO transitions were planned, not improvised.

Outsiders are the most frequent choice when boards force CEOs to resign. Only three of the two-dozen new CEOs came from the outside, and all were recruited to fix ailing companies. Two were installed by boards dissatisfied with the performance of their predecessors. Larry Culp, who’d been serving on GE’s board, left the top job at industrial conglomerate Danaher to became the first outsider to run the flailing power and aerospace giant in its 126 year history, after the board ejected predecessor John Flannery after fourteen months on the job. Marvin Ellison traded his CEO position at J.C. Penney to run Lowe’s, whose stock was underperforming shares of rival Home Depot. The third outsider, John Visintin, ascended via a shareholder revolt. He took over at Xerox, which has suffered years of shrinking copier sales, following a ferocious proxy fight led by activist Carl Icahn, who hand-picked Visintin to lead a rescue operation.

Over the past five years, no fewer than 107 or 80% of the 134 newly-named CEOs had a crucial attraction on their resumes: experience running key business units at their companies. More than half of the all new leaders––almost all of whom had operated business units at one point–-served as COO, president or both just prior to their ascension, so their last position wasn’t a top staff job, but responsibility for the entire company’s operations and financial results. Clearly directors want CEOs who’ve proven successful as hands-on managers running their own P&Ls at a core franchise.

Boards also like former CEOs. As noted, the outsiders brought in to revive the sagging fortunes at Lowe’s, GE, and Xerox are all former chief executives––Visintin had previously run process automation provider Novitex. The CFO slot is the second leading stepping stone, though former finance chiefs lag far behind the business unit leaders. Last year was a good year for ex-CFOs, five of whom rose to CEO including Hans Vestberg of Verizon and Howard Willard of Altria. Other staff jobs seldom lead to the CEO suite: Only 9% of CEOs named in the last five years came from marketing, and even fewer, 5% rose from back-office operations.

Most CEOs are extremely well-educated. Of the classes from 2014 to 2018, over 60% had a graduate degrees, and almost half boasted MBAs. Harvard Business School dispensed 11 out of those 62 diplomas.

The top training ground for CEOs? It’s PepsiCo by a wide margin. Nine CEOs named since 2014 worked at Pepsi, among them Brian Cornell of Target, who ran the Americas Foods division at Pepsi, Ed Bastian of Delta who was controller of Frito-Lay, Greg Creed, who established Taco Bell and KFC in Australia and New Zealand, and Thomas Bene of Sysco, who ran Pepsi’s food service franchise. Seven are still in the CEO chair; only former Kraft chief John Cahill, now vice chairman of Kraft Heinz, and former Express Scripts CEO Timothy Wentworth, who runs the Express business following its acquisition by Cigna, have new roles.

Why is Pepsi such a great place to learn? Though you might think it’s primarily a marketing machine, Pepsi clearly prided itself on cycling promising managers through a wide variety of roles, so that careers often bridge job in finance, manufacturing, and building and running big brands franchises across the globe. And historically the company has operated one of the top rated, talent-building HR programs in America.

Last year, just one of the 23 newly-appointed CEOs was a woman—Michelle Gass of Kohl’s, who’d joined the retailer in 2013 from Starbucks, and was fast-tracked to the top. That sorry record is a downshift from 2017, when two women were named, Gail Boudreaux at Anthem and Geisha Williams at PG&E. Williams resigned in January just before the utility, devastated by California wildfires, filed for bankruptcy. Since 2014, only nine of the 134 new CEOs have been women. And amazingly, big cap America’s efforts at inclusion are failing at what should be the ultimate measure of success, swelling the number of female CEOs.

In 2018, for example, three women left the list via retirement, Indra Nooyi of Pepsi, Meg Whitman at Hewlett Packard, and Debra Reed at Sempra Energy—so the female CEO ranks slipped by two. Women account for over one-fourth of all the America’s executive talent. Yet at last count, only 17 of the S&P 250 have female CEOs.

So why do big companies struggle to elevate women to the CEO suite? Feigen notes that many big companies too often fail to identify women in their 30s with strong potential, then move them through a series of varied assignments to mold well-rounded leaders. “Companies think about CEO succession three to five years out,” he says, “yet they fail to develop a deep pool of female candidates who’d be ready for the top job in that short time-frame.” He also cites the grueling travel schedules and 24-7 availability that can discourage some women with families for taking top operating jobs. “You also can’t underestimate hidden bias by male bosses, who wrongly convince themselves that women won’t have the drive necessary to succeed in key jobs running a P&L,” he says.

Big companies stick doggedly to the little-changing “best practices” that have guided the CEO succession dynamic for decades. But boards are failing to identify women with the ability and drive to become superstars, then nurture careers that should be creating many of America’s greatest CEOs. The tradition-bound succession process needs an upheaval, an all-out campaign to bring female talent to the top.