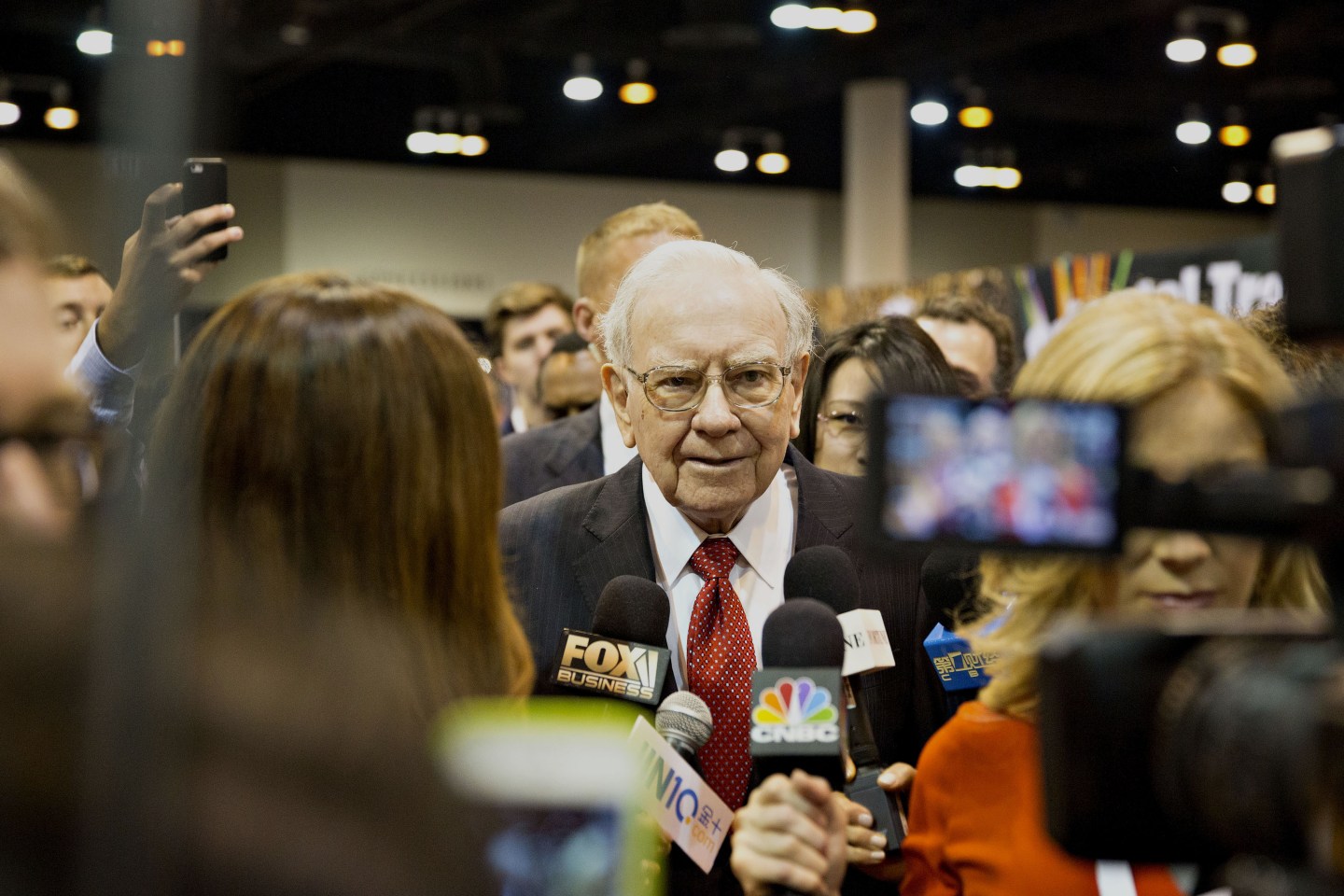 Despite all the volatility and uncertainty of 2016, it was still a pretty good year for investors—for some, though, it was a very good year. We consulted Bloomberg’s real-time wealth tracker, Bloomberg Billionaires, for the latest on who added to the most lucre to their fortunes since last January. While number one will not surprise you, the others just might.

Here, a recap of the year through the lens of whose staggering personal wealth got even more staggering. File this one under “the rate of return on capital exceeds the rate of economic growth,” 2016 edition.

The legendary investor finished the year as only the second-richest person on earth, by Bloomberg’s estimates, but the world’s most famous investor saw the biggest gains of anyone of 2016, closing out the year with his total up $11.8 billion—an 19% boost since this time in 2015 (which was, admittedly, not Buffett’s best). However, 2016 was also the year we learned the Oracle of Omaha’s oracular powers do not extend to predicting election results.

Maintaining his position as world’s richest human for the fourth year running (he wrested the title in May 2013), Gates’ fortune got a solid $9.8 billion bump this year, representing a total gain of 12% since 2015. The Microsoft co-founder—who just launched a new clean energy venture fund this month—won’t have to resort to raising chickens after all.

It was truly a banner year for the Continental Resources CEO. Though the fracking pioneer didn’t quite break the top 50 in terms of overall wealth this year (he’s at number 53, per Bloomberg), Hamm came in number one in terms of percentage gains by a veritable landslide: the Oklahoma oil magnate, until recently a potential pick for Trump’s Energy Secretary, saw his net worth rise by a whopping 121.5%. Part of that is thanks to November’s OPEC deal, in which the organization agreed to cut output. After the announcement, Hamm made $3 billion in three hours.

4 – 7. Most of the Mars Family, +7.9 billion
(Included: Marijke Mars, Valerie Mars, Pam Wright-Mars, and Victoria Mars. Not included: John Mars and Jacqueline Mars, who both had losses.)

Owners of the largest candy company in the world, the Marses are known both for their intense secrecy (as a rule, they do not give interviews) and their intense wealth (third on Forbes’ list of America’s richest families). After the former Mars Company co-president Forrest E. Mars, Jr. died in July of this year, his 33% stake in the company was evenly divided amongst his four daughters, making Marijke Mars, Valerie Mars, Pam Wright-Mars, and Victoria Mars some of the biggest financial gains of 2016: all four saw an increase of $7.9 billion, bringing their individual net worths—according to Bloomberg—up to $7.9 billion. (All four have worked in the family business.)

There was a flickering moment in 2016 when Bezos’s net worth in fact exceeded Buffett’s, and while the world is now back on its axis, the Amazon CEO still had quite a year: the company had its most profitable quarter ever, and saw the success of their AWS Cloud platform skyrocket with startling momentum. In total, Bezos finishes the year with his fortunes up 12.6%. With any luck, next year the billionaire will put some of that toward more colorful side projects—which already include the Washington Post, a 10,000-Year Clock, and a self-funded top-secret rocket ship company.

LVMH chair, and generally stylish Frenchman, Arnault ends the year on an upswing. The company’s stock is up, thanks in part to its strong game in China, making the richest man in France roughly $7.1 billion richer than he was this time last year, when he was only the 15th wealthiest billionaire on earth. (He is now the 13th.)

Novolipetsk Steel chairman Lisin has seen his net worth soar in 2016: by Bloomberg’s current estimates, the steel tycoon and gun aficionado is up a whopping 73.2% this year, making him the 70th richest person in he world, and the only one to serve as president of both the Russian Shooting Union and the European Shooting Confederation.

What a year it’s been for Facebook co-founder and CEO: He settled into fatherhood and also gave birth to a personal AI system. He presented the pope with a do-gooding drone. He was named Fortune’s Businessperson of the year and announced plans to cure all human diseases. Despite initial protests to the contrary, he finally came to terms with the fact that Facebook is actually kind of a media company after all. Oh, and, his personal net worth increased by a cool 11.9%.

Casino magnate and pot prohibitionist Adelson made most of his headlines this year during the U.S. presidential campaign for his support of then-candidate Trump, but that wasn’t his only win of the year: Bloomberg’s Billionaire Index has the Las Vegas Sands chairman up a solid 23.2% as of this writing. That’s after he opened a $3 billion casino called the Parisian in Macau, the Chinese gambling hub that appears to be on a roll.

Where there are winners, there are also losers, and alas, this year, Dalian Wanda Group chairman Wang falls in the latter camp: as of December 27, Bloomberg has the real estate mogul (and Nicole Kidman superfan) down 16%, a swing thanks partly to the rising dollar, making him the world’s 21st richest person.