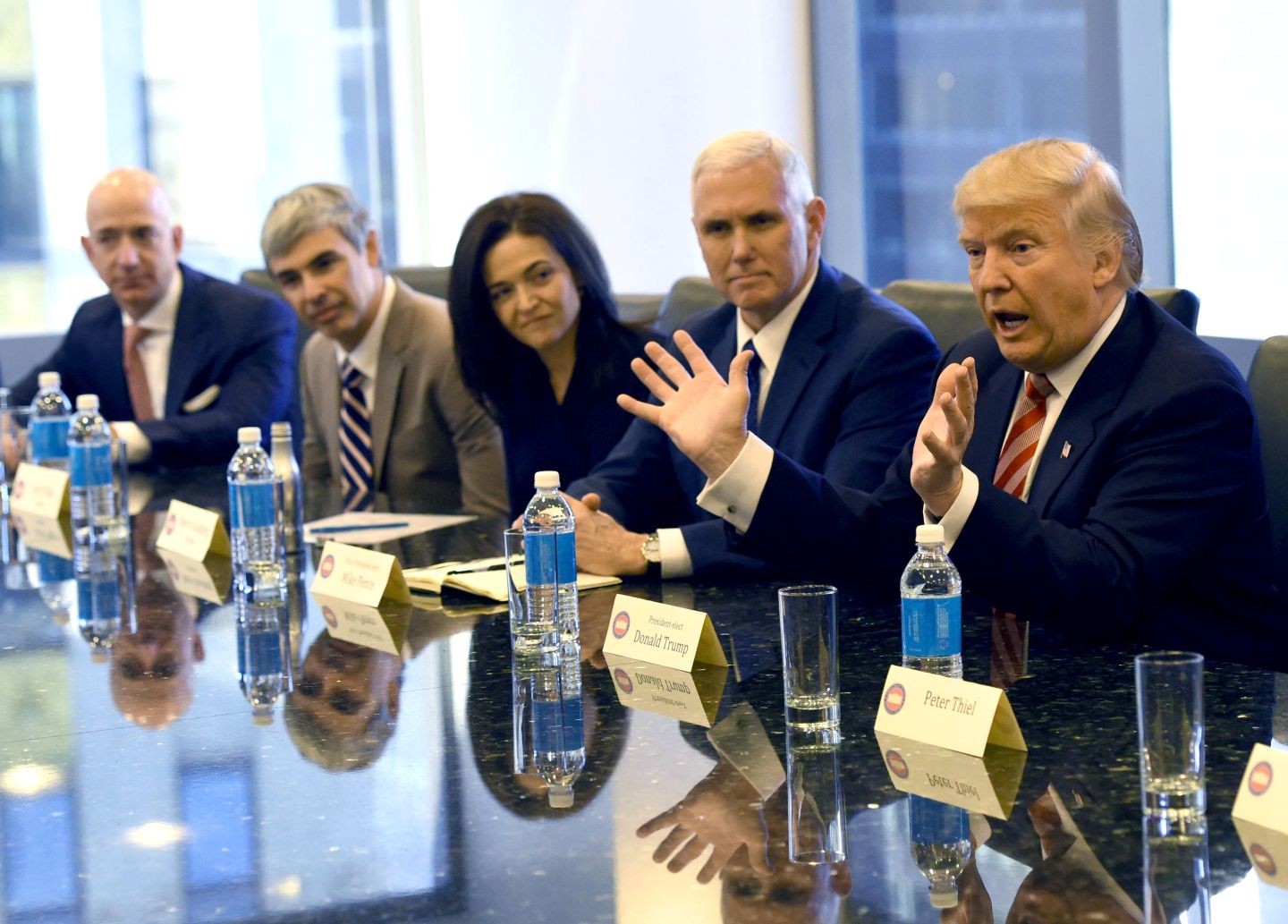 At the beginning of 2016, the tech industry was riding high as corporate profits kept popping and Silicon Valley’s influence in Washington, D.C. kept growing. Things are not as rosy for 2017.

The surprise election of Donald Trump delivered a political and financial jolt to tech companies, which had counted on a Clinton victory to preserve the favorable regulatory policies of the Obama White House.

Make no mistake, the tech giants are still the kings of corporate America, but their moods (and their share prices) are not so sunny. But wherever the political winds blow in 2017, Silicon Valley is as important as ever. Here are 5 storylines to watch:

Google and Facebook like to claim they’re tech companies, not media outlets. But that fiction came crashing down in the uproar over how the companies’ delivery of fake news and hyper-partisan stories helped shape the election.

The two tech giants are now grudgingly taking steps to be more accountable for the information they show. But the debate over their power is just beginning. Watch to see if the new administration turns to anti-trust law (as Trump vowed to do vis-a-vis Amazon) to corral them, or if consumers grow alarmed about their influence and seek out alternatives.

In early 2016, Apple and the FBI got into a legal showdown over an encrypted iPhone. Since then, encryption technology—which allows consumers and companies to secure their data and devices from outside eyes—has grown ever more popular. The New York Times, for instance, is now accepting news tips via the encrypted app Signal, while more and more websites are turning on encryption to guard their web communications.

3. Artificial Intelligence Is the Real Deal

Nobody does hype like the tech industry. Whether it’s the commotion over “the cloud” (which is justified) or visions of virtual reality (whose promise is yet to be fulfilled), there is always a rush to talk up the next big thing.

In the case of artificial intelligence it’s becoming apparent the hype is justified. AI is already showing its awesome potential in tools like Google Translate (GOOGL) or Amazon’s (AMZN) home assistant, Alexa, and its power is being tapped for everything from driverless cars to medical research. Look for AI to be the most important pure technology story of 2017.

In 2016, Snapchat did a masterful job of maintaining rapid growth among millennials while preserving its cool cachet with new features, and even hardware like Spectacles. Meanwhile, Apple (AAPL) lost more luster as the company’s once-vaunted demo days lost their sizzle, and investors fret that Apple’s ideas are stale and its product pipeline is dry. Look for this tale of two companies to continue—and accelerate—in 2017.

The President-elect and top tech executives reached a truce in December, meeting for a photo-op in Trump tower amid public proclamations the relationship would be productive. But this is likely to be as good as it gets. The look on the face of Apple CEO Tim Cook during the meeting provides a good clue to what might be in store—a return to animosity as the very different business and cultural values of the President and the tech industry became a chasm.