Ulta Plans to Double Its Store Count as Sales Soar 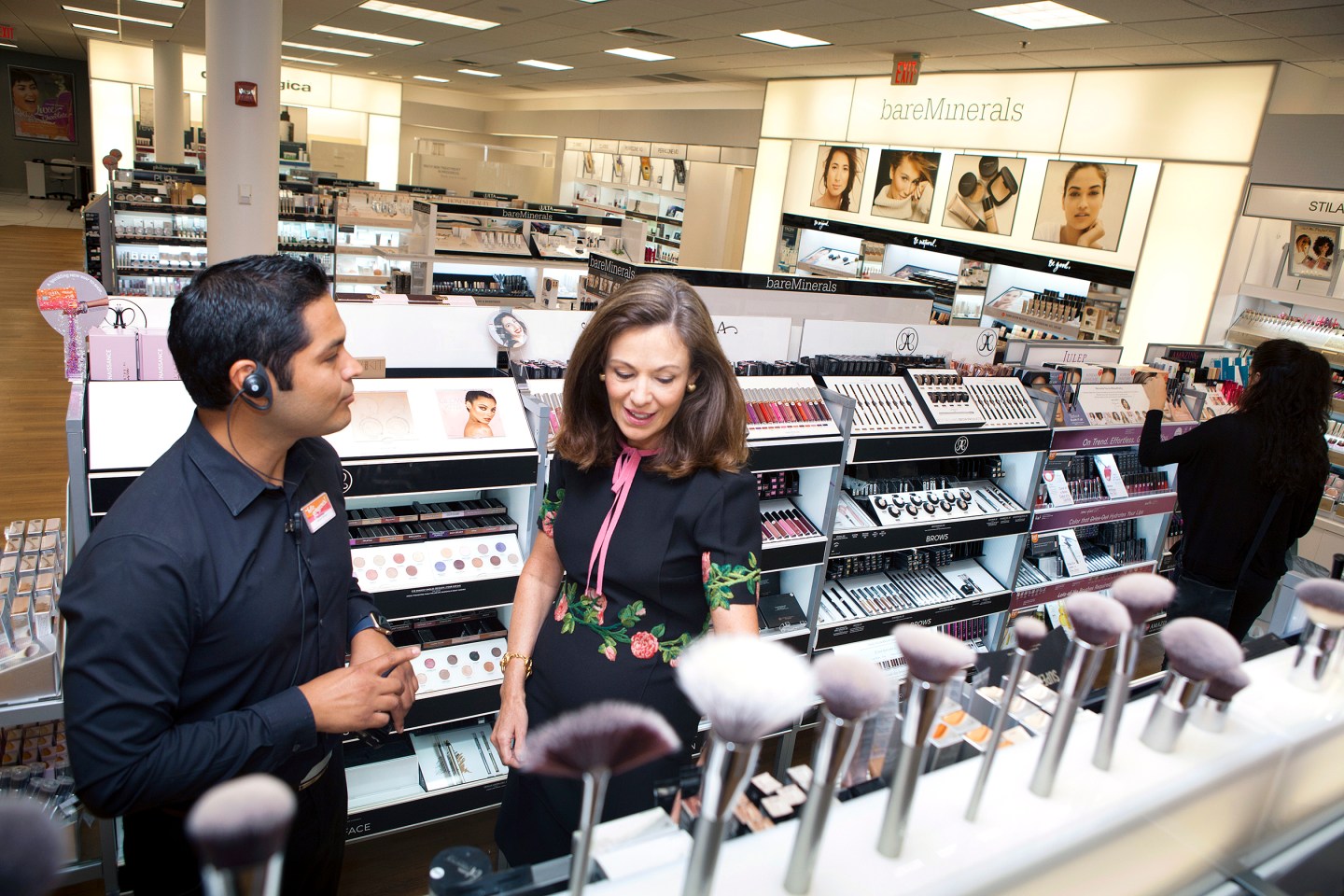 At a time when major retailers are closing hundreds of stores, from Macy’s (M) to Sears (SHLD), Gap (GPS) and Aéropostale, it seems unlikely that any chain could aggressively expand its brick-and-mortar locations. And yet that’s exactly what Ulta Beauty (ULTRA) is doing.

The $4 billion-a-year company has become one of the hottest stories in retail, thanks in part to its decision to sell low, middle, and high-end beauty products—20,000 in all. Combined with the salons Ulta offers under one roof and an industry-leading loyalty program, it’s no wonder the chain has positioned itself as a fast-growing juggernaut, a very rare success story in a gloomy decade for retail.

That’s not all: Ulta, which now operates 900 stores, wowed investors this week when it said there was room to double its store count, reaching an estimated 1,700 locations. That’s up from the 1,200 stores CEO Mary Dillon envisioned two years ago.

For an in-depth profile this summer, Dillon told Fortune that new stores are key to building awareness of a retailer many still don’t know, even though Ulta’s stock market value is much higher than those of Macy’s and Nordstrom. And Wall Street agrees.

“It somehow seems that Ulta is the least known 907 store retailer on the planet, suggesting meaningful room ahead for further brand awareness,” Nomura analyst Simeon Siegel wrote in a research note.

The retailer has been stealing market share away from department stores even as it rides a beauty boom. In August, Ulta Beauty reported its second-quarter comparable sales rose 14.4%—an amazing feat at a time many retailers are happy to clock a 2% gain. The company told investors on Thursday that comparable sales, which track online revenue and sales at stores open more than a year, will rise 12% to 14% for the full year, and grow at similar rates in the coming years.

One big key to Ulta’s success has been its Ultamate loyalty program, which now fuels 90% of sales. With nearly 21 million members, it exceeds Starbucks’ (SBUX)) program and gives Ulta the data it needs to know what to stock and where to expand. This also helps Ulta target its sweet spot: women addicted to buying beauty products, as opposed to more casual consumers who would go to a Kohl’s (KSS), Target (TGT), or Walgreens.

Ulta told investors that its research shows 77% of Ulta shoppers own more than 11 lipsticks, and 68% own more than two curling irons. Dillon told Fortune this summer that the company could double its share (now 4%) of the U.S. beauty and salon market within a few years.

Dillon and chief merchandising and marketing officer Dave Kimbell, with whom Dillon worked at U.S. Cellular, have introduced 200 new brands, including luxury lines like Estée Lauder, Clarins, and Jessica Alba’s Honest Beauty. And Ulta is rolling out souped-up in-store boutiques for upmarket brands like Lancôme and Clinique at 500 of its stores.

As for its store expansion, Ulta has moved from a convenience store in a strip mall and into preferred neighbors with other retailers like T.J. Maxx and Target because of the middle-class shoppers they attract. Sometimes, they are located near a Trader Joe’s and a Whole Foods Market (WFM). Landlords, seeing how much traffic an Ulta store brings to a strip mall, has been giving the company the pick of the litter in terms of store locations and the best centers.

Ulta shares have nearly tripled since Dillon became CEO three years ago, and investors gave her new plan a big vote of approval on Thursday, sending shares up 11%.

“There’s lots of activity in the beauty category today, we know that,” Dillon told the Wall Street analysts. “But nobody does what Ulta Beauty does.”