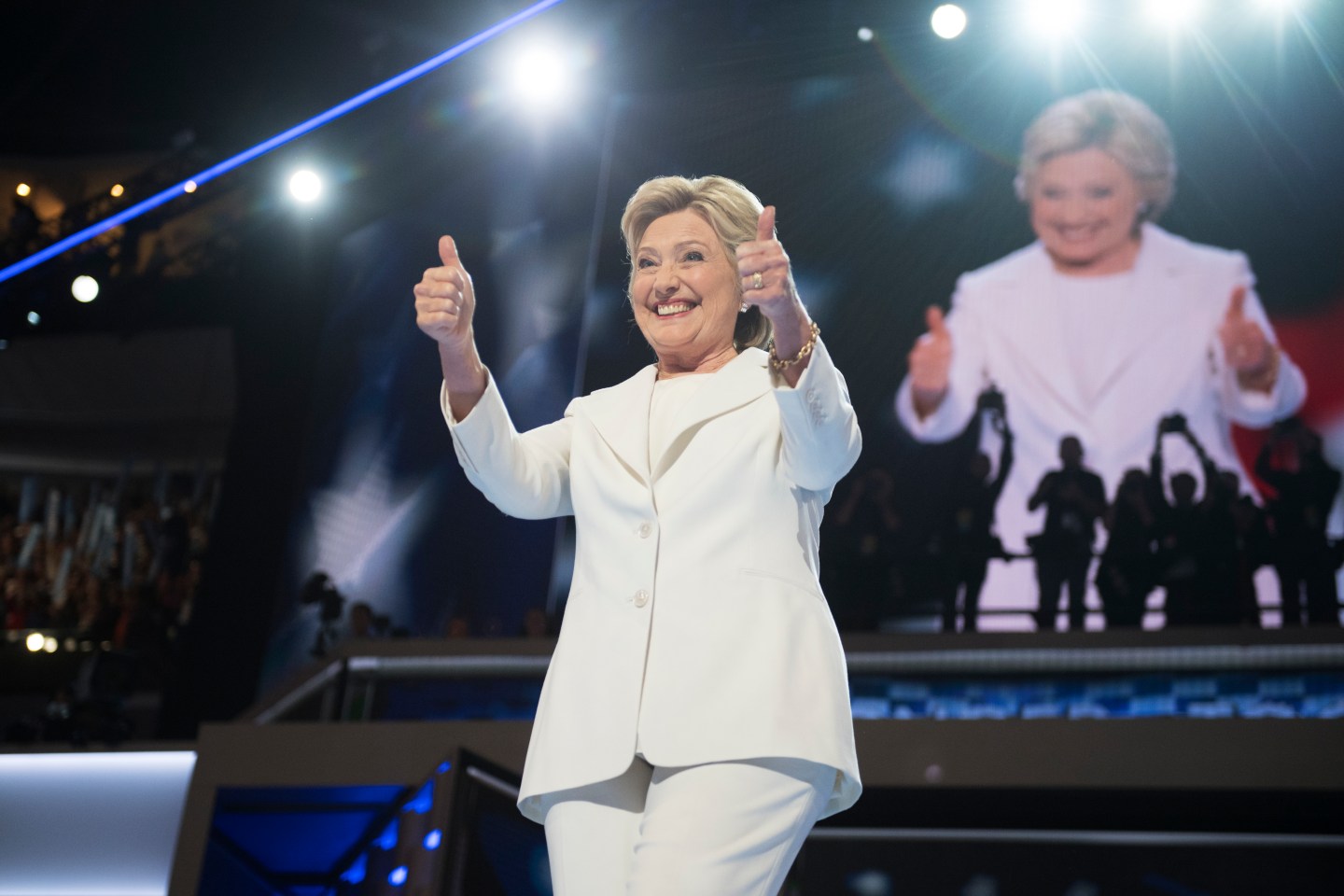 In a presidential election year, the contest to get the most votes in the general election is preceded by a race to bring in the most money. Though Bernie Sanders would surely remind us that small donations are one way to rake in the dough, for most candidates the route to election riches is through bringing super rich mega-donors onto their side.

Yesterday, Fortune took a look at which billionaires had cast their lot with Republican nominee Donald Trump. Here, we take a look at which of America’s financial elites are supporting Democratic candidate Hillary Clinton.

Wooing support from the upper echelons of wealth is nothing new for Clinton. Going back to her husband’s time in the White House, the Clintons have been experts at getting the ‘right’ people on their side. Clinton’s reliance on the support of the rich was one of the biggest themes of Sanders’ campaign against her in the Democratic primaries, and she’s still struggling to shake the image of being in the pocket of monied special interests.

See also: Here Are All the Billionaires Backing Donald Trump

Take a look at some of the biggest names supporting Clinton’s candidacy with their dollars:

Cuban, the owner of the Dallas Mavericks and a tech entrepreneur, seemed to flirt with the idea of supporting Trump during the primaries, but has now come out as a major Clinton endorser. He even appeared at a rally in Pittsburgh, his hometown, the weekend after the Democratic National Convention. And in true Cuban fashion, he called Trump a “jagoff,” a classic Western Pennsylvania putdown.

It is a bit of a shocker to see Whitman’s name on this list. After all, she’s not just a longtime Republican donor, she actually ran for Governor of California as a Republican in 2010. Still, the Hewlett-Packard (HPE) executive has said she will be supporting Clinton, calling Trump a “demagogue.”

“I will vote for Hillary, I will talk to my Republican friends about helping her, and I will donate to her campaign and try to raise money for her,” Whitman said to the New York Times.

It is not surprising to see Warren Buffett on this list—he’s become a major and visible spokesman for Democratic candidates in recent years, especially Clinton and President Barack Obama. Money magazine notes that the “Oracle of Omaha” has donated more than $6,000 to Clinton’s campaigns over the past 15 years. Buffett has also challenged Trump to release his tax returns, offering to hold a joint-forum in which the Berkshire Hathaway (BRK-A) chairman and the developer-candidate both field questions on their filings from an audience of voters.

In 2008, talk show host and business mogul Oprah Winfrey sided with Obama over Clinton in the Democratic presidential primary process. This year, though, she has been firmly in the Clinton camp. It isn’t clear if Winfrey is planning on fundraising or donating to the Clinton cause, but for her legions of fans, the endorsement may move them to go to the polls.

Former New York City Mayor Michael Bloomberg has been a Democrat and a Republican, and is currently registered as an independent. He even considered running for President himself this year, ultimately deciding against it. He is instead supporting Clinton, and even gave a speech praising her and bashing Trump at the Democratic National Convention.

Soros might be the most famous Democratic donor of the past several decades. At the very least he is the one most likely to be turned into a boogeyman by Republicans and conservative media commentators. He has put his money where his mouth is—Fox News reports that Soros has donated $9 million to pro-Clinton SuperPACs this campaign season.

Facebook (FB) COO Sheryl Sandberg is known to be a Democrat, and there has long been rumors that she may have political ambitions. She as strongly come down in favor of Clinton this fall, and there are even thoughts that she could be picked to be Treasury Secretary in a potential Clinton administration.

For more on politics, watch this Fortune video:

Salesforce (CRM) CEO Marc Benioff has staked a claim as corporate America’s progressive conscience— his threats to boycott states with laws he deems homophobic have become de rigueur. In this year’s election, he is endorsing Clinton. CNN notes that Benioff doesn’t formally affiliate himself with any political party, and donated to both Obama and Republican Speaker of the House Paul Ryan in 2012 — though he gave $33,000 to progressive groups in 2015.

In the past, Klarman has directed his money and his klout to supporting Republicans. The hedge fund manager has donated this election cycle to Chris Chrisite, Marco Rubio, and Jeb Bush. Now, though, Politico reports that he’ll be supporting Clinton, saying Trump is simply “unacceptable.”

The Walton clan, founders of megastore Walmart (WMT), are generally thought of as very conservative. Heiress Alice, though, has bucked that trend, and she did so in the form of a donation of more than $350,000 to a pro-Clinton group.

See also: Here’s How Donald Trump Could Argue That the 2016 Election Is Rigged

Media mogul Haim Saban is best known to many as the creator of popular children’s entertainment like the Power Rangers, but he’s also a fierce advocate for the State of Israel and a longtime Clinton donor. He’s already hosting fundraisers for her this year, bringing in money from his fellow Democrats in Hollywood.

Pritzker, a venture capital billionaire, has made it clear that he will spend as much as possible if it means defeating Trump. Newsweek notes that he stepped up his spending during the primary campaign to ensure Clinton was able to get by Sanders, saying it was the best way to ensure Trump didn’t end up being President.