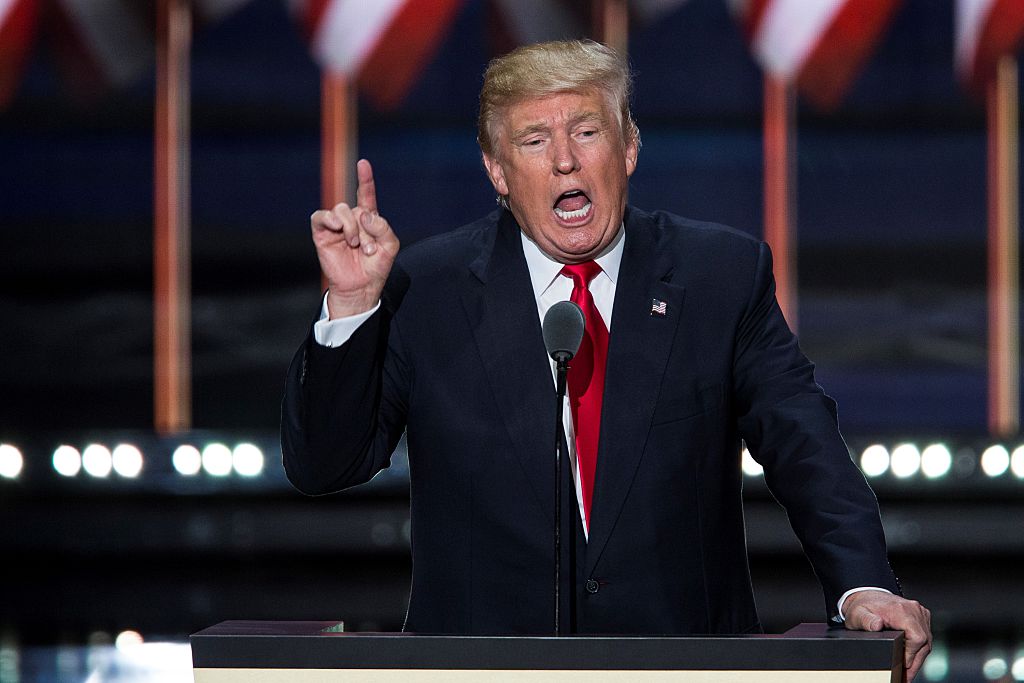 If you thought the end of the convention season would bring a respite from political drama, think again. In fact, if recent remarks from Donald Trump’s camp are any indication, the 2016 presidential campaign warfare could last long after Americans have finished voting.

The election histrionics only grew in intensity following the conclusion of the Democratic National Convention, with Republican nominee Trump in particular generating countless headlines as he clashed with the parents of a Muslim U.S. Army captain killed in the line of duty after they criticized him during a speech on the night the party nominated Hillary Clinton.

Somewhat lost in the flurry of headline grabbing comments was Trump’s warning on Sean Hannity’s show this Monday that the upcoming election will not be above board. “I’m telling you, November 8th, we’d better be careful because that election is going to be rigged,” Trump told Hannity. “And I hope the Republicans are watching closely or it’s going to be taken away from us.”

Trump did not elaborate on how exactly he thought the election would be rigged, though he did make mention of his displeasure that a federal court had struck down a North Carolina voter ID law that the court said was specifically aimed at disenfranchising black voters. One may glean clues to Trump’s thinking, however, from comments that have been made consistently during this election cycle by Roger Stone, the longtime Republican operative who was employed by the Trump campaign in its early stages, and who still acts as a surrogate today. In an interview last week with Breitbart, Stone said:

I think we have widespread voter fraud, but the first thing that Trump needs to do is begin talking about it constantly. He needs to say for example, today would be a perfect example: ‘I am leading in Florida. The polls all show it. If I lose Florida, we will know that there’s voter fraud. If there’s voter fraud, this election will be illegitimate, the election of the winner will be illegitimate, we will have a constitutional crisis, widespread civil disobedience, and the government will no longer be the government.’

That’s a pretty strong statement, especially since Florida poll averages have consistently shown a tight race with Clinton slightly ahead at the moment. But it’s not the first time Stone alleged widespread voter fraud. Back in April, during an interview on Politico’s On Message podcast, Stone said that he thought Trump’s loss to Ted Cruz during the Wisconsin GOP primary was the result of voter fraud:

I read a terrific study by Richard Charnin, who is a mathematician, a liberal Democrat, an eccentric but brilliant guy, who concludes on the basis of the exit polls and the actual vote on a precinct-by-precinct basis that the swing cannot be that wide without widespread voter fraud. It’s just mathematically impossible.

So, I suspect that the system there — he’s been making this case through several cycles in Wisconsin, focusing only on that state …That there’s extensive voter fraud, which I presume is executed through the electronic machines.

The problem with Stone’s assertion is that Richard Charnin’s analysis has been widely discredited. His method for studying the validity of elections is to compare exit poll results with official election outcomes. When the two diverge, he argues that this is evidence of vote tampering. But as New York Times polling analyst Nate Cohn has explained, “Everyone who knows anything about early exit polls knows that they’re not great.”

Cohn argues that it’s difficult for exit polls to be accurate because pollers don’t typically ask a respondent’s race, age or income—though they do estimate the former two—making it difficult to control for these factors when using such surveys to predict a result. This has meant that in previous presidential elections, exit polling has often wrongly predicted a candidate would win certain states. It was faulty exit polling, for instance, that helped cause the media to incorrectly call Florida for Al Gore in 2000.

It’s difficult to say how much Trump and his circle believe that our election system is being tampered with. It’s possible that fraud is being alleged as part of Trump’s general theme of the system being rigged, a theme that could help him stir enthusiasm in potential voters. But it’s also quite possible that they truly believe this stuff, and that the Trump campaign will not take a November loss lying down.