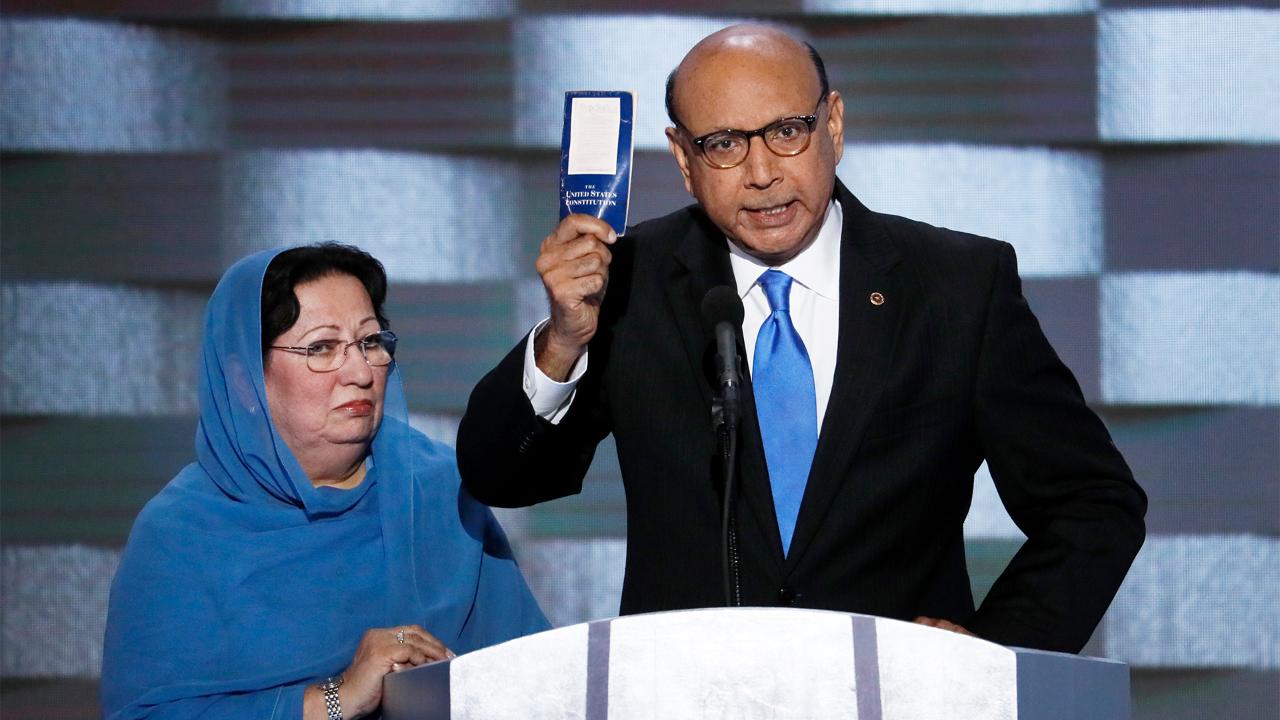 Donald Trump sparked bipartisan backlash after the Republican attacked the bereaved parents of a Muslim U.S. Army captain who spoke at the Democratic convention last week.

Critics from both parties on Saturday questioned whether Trump had the empathy and understanding to be president, particularly after he questioned why mourning mother Ghazala Khan stayed silent during her husband’s Thursday night address.

“He was kind of trying to turn that into some kind of ridicule,” Democratic vice presidential nominee Tim Kaine said after a campaign event in Pittsburgh. “It just demonstrates again kind of a temperamental unfitness. If you don’t have any more sense of empathy than that, then I’m not sure you can learn it.”

Former President Bill Clinton, who joined his wife and Kaine at the event, agreed: “I cannot conceive how you can say that about a Gold Star mother.”

Lawyer Khizr Khan gave a moving tribute to their son, Humayun, who received a Bronze Star and a Purple Heart after he was killed by a suicide bomber in Iraq in 2004. During the speech, Khan’s wife, Ghazala, stood quietly by his side, wearing a headscarf.

“If you look at his wife, she was standing there. She had nothing to say. She probably, maybe she wasn’t allowed to have anything to say. You tell me,” Trump said, in an interview with ABC’s This Week.

Ghazala Khan has said she didn’t speak because she’s still overwhelmed by her grief and can’t even look at photos of her son without crying.

Trump also disputed Khan’s criticism that the billionaire businessman has “sacrificed nothing and no one” for his country.

Trump’s comments sparked immediate outrage on social media, including from Republican strategists, who criticized Trump both for attacking a mourning mother and because many considered them racist and anti-Muslim.

I will take the America of Khizr Khan & his fallen son over Trump's distorted & selfish version every day of the week.

Been offline for much of the last two days, but no, I'm not remotely surprised re: Trump's comments about Mrs. Khan. He remains disgusting.

Pundits can tut-tut all they want, but the point doesn't get made until you have real human beings like the Khans telling their story

Hillary Clinton told voters gathered in a Youngstown gymnasium late Saturday: “Donald Trump is not a normal presidential candidate. Somebody who attacks everybody has something missing.”

“He attacked the distinguished father of a soldier who sacrificed himself for his unit, Captain Khan,” she said. “I think it is fair to say he is temperamentally unfit and unqualified.”

“While I feel deeply for the loss of his son, Mr. Khan who has never met me, has no right to stand in front of millions of people and claim I have never read the Constitution, (which is false) and say many other inaccurate things,” said Trump.

Trump’s comments about Khan came a day after he criticized retired four-star Gen. John Allen and slammed a Colorado Springs, Colorado, fire marshal for capping attendance at the event. The fire marshal, Brett Lacey, was recently honored by the city as “Civilian of the Year” for his role in helping the wounded at a 2015 mass shooting at a local Planned Parenthood.

“Our commander in chief shouldn’t insult and deride our generals, retired or otherwise,” Clinton told a crowd gathered Saturday on a factory floor in Johnstown, Pennsylvania.

Clinton has used the days following her convention to try and win back some of the white working class voters that once made up a key piece of the Democratic Party’s electoral coalition. Trump’s anti-trade message has appealed to those voters, who feel frustrated with an economic recovery that’s largely left them behind.

While Clinton and her running mate, Tim Kaine, attempted to sell their positive economic message, much of their strategy centers on undermining Trump, particularly the business record that makes up the core of his argument to voters.

Trump has made plans to visit some of the same areas Clinton is campaigning in during her three-day bus tour through Ohio and Pennsylvania, scheduling Monday stops in Columbus and Cleveland.