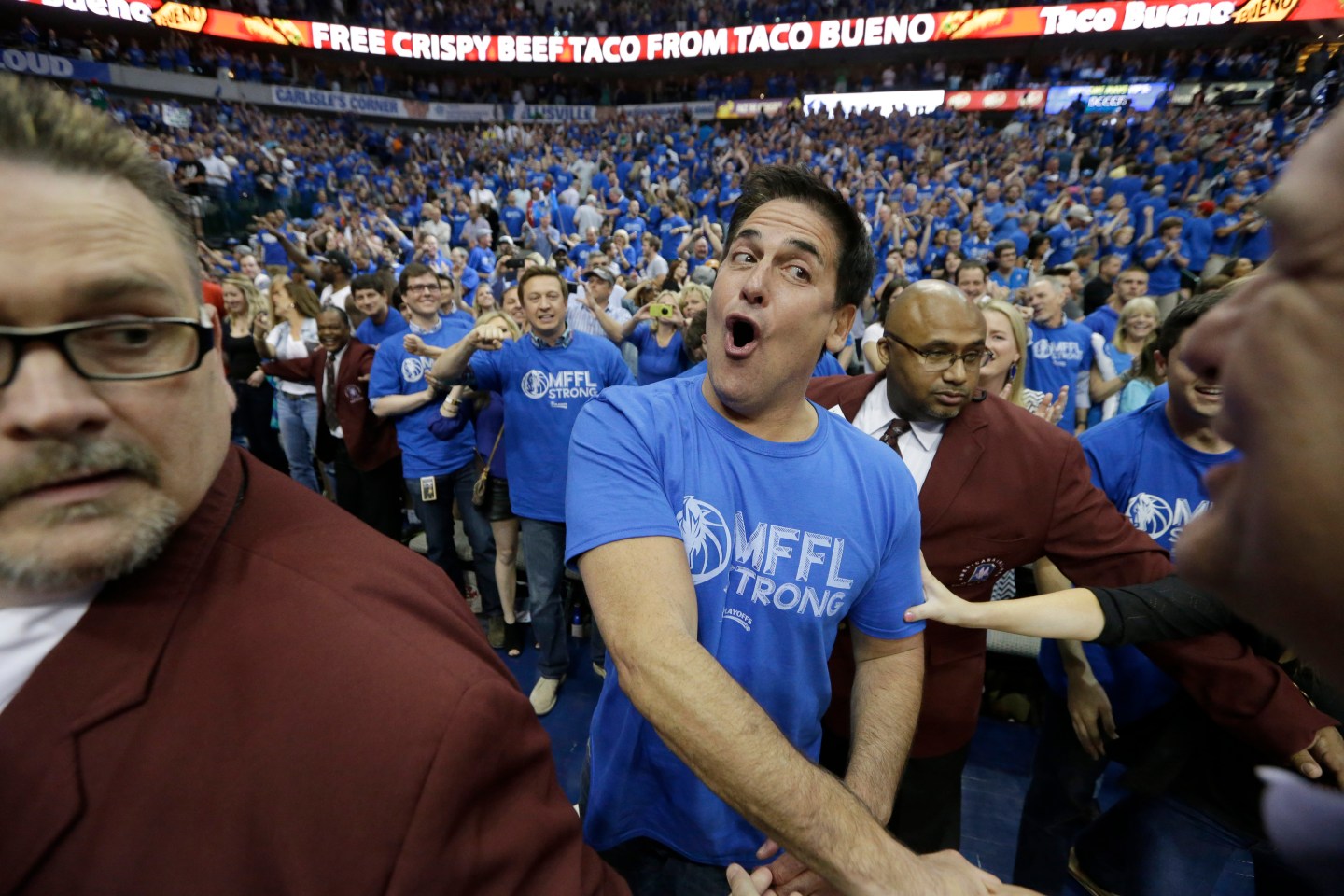 The Dallas Mavericks owner, who said as recently as last month that there was a “good chance” he would vote for Donald Trump, instead criticized the Republican nominee’s leadership in front of an energetic crowd.

“Leadership is not yelling and screaming and intimidating,” Cuban said.

“You know what we call a person like that in Pittsburgh? A jagoff!” Cuban added, using disparaging Pittsburgh slang.

Cuban had spoken with Clinton campaign chairman John Podesta several times in recent weeks and called him on Thursday to say he was ready to endorse Clinton, a campaign aide said.

Clinton, along with her running-mate Tim Kaine, a U.S. senator from Virginia, is on a three-day tour of Pennsylvania and Ohio after becoming the first woman to accept a major U.S. party’s presidential nomination at the Democratic convention in Philadelphia on Thursday.

Thanks @mcuban for your kind words & ringing endorsement of @HillaryClinton here in your hometown #CityOfChampions! pic.twitter.com/wr1C79zbcM

Pennsylvania and Ohio are two states in the U.S. Rust Belt that are dealing with job losses caused by the decline in U.S. manufacturing. Neither leans heavily in favor of either political party but both voted for Obama in 2008 and 2012.

Trump has zeroed in on white, working-class voters in the region as critical to his campaign and plans to visit both states early next week.

In a visit earlier on Saturday to Johnstown Wire Technologies in Johnstown, Pennsylvania, Clinton told the largely union crowd there that she would create good-paying jobs by investing in infrastructure and reject a pending Asia trade deal that has become a flashpoint in the U.S. presidential campaign.

“We are going to say ‘no’ to unfair trade deals, we’re going to stand up to China,” Clinton said. “I feel strongly about this and I need your help,” she added.

The pending Trans Pacific Partnership (TPP) negotiated by President Barack Obama has drawn criticism from both Clinton and Trump.

Clinton says it does not do enough to protect U.S. workers. Trump has said he would rip it up and questioned whether Clinton would keep her stance if she wins the Nov. 8 presidential election.

Leo Gerard, the president of the United Steelworkers, which represents roughly 200 of the 260 workers employed by Johnstown Wire Technologies, assured the crowd in his introduction of Clinton that Republicans have been “telling lies” about Clinton’s stance on the deal.

Cambria County, where Johnstown Wire Technologies is based, is 94-percent white and has a median household income of $42,000.

Clinton and Kaine will continue their jobs-focused tour that began in Philadelphia, continuing on to Youngstown and Columbus. They are trying to contrast their plan to use infrastructure investments to create jobs with that of Trump, whom Clinton said Friday has a “downbeat vision of America.”

“We are visiting places that prove what Americans can do,” Clinton said in Johnstown. “This country and our people have what it takes to get ahead and stay ahead if they have the leadership that gives us that chance.”