Here’s the Biggest Complaint Consumers Have About Wearables 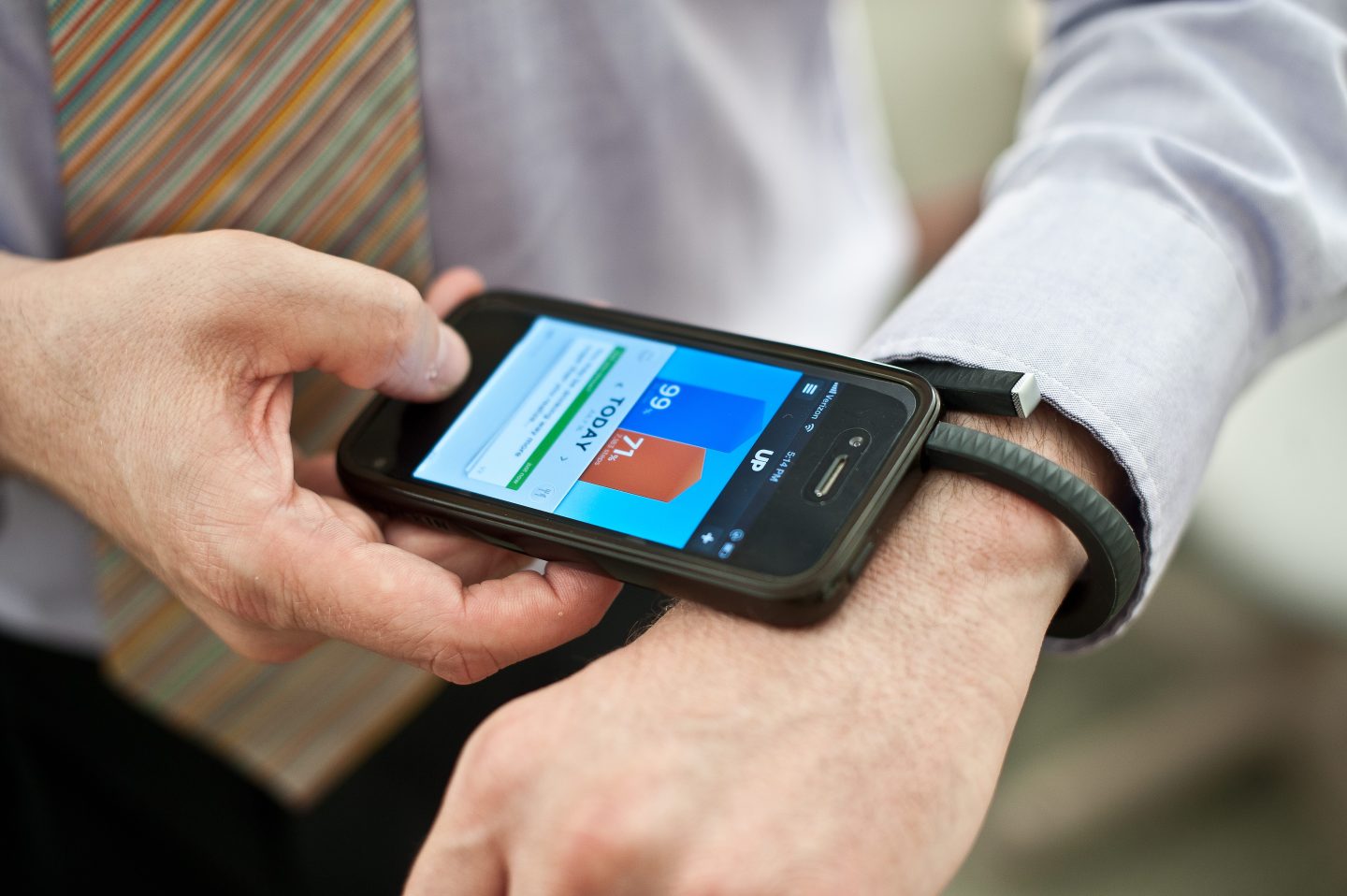 A man uses an UP fitness wristband and its smartphone application in Washington on July 16, 2013. Jawbone, the San Francisco-based company behind "smart" wireless earpieces and Jambox speakers, late last year released redesigned UP wristbands that combine fashion with smartphone lifestyles to help people along paths to improved fitness. UP wristbands are priced at $129 in the United States. UP applications tailored for Apple or Android mobile devices collect data from the bands to let people get pictures of activity, sleep, eating, and even moods on any given day or over time. AFP PHOTO/Nicholas KAMM (Photo credit should read NICHOLAS KAMM/AFP/Getty Images)
Photograph by Nicholas Kamm — AFP/Getty Images

If you wear an activity tracker to count steps and track your sleep, odds are you’re happy with the device itself. But when it comes to using an application to sync and view valuable health information, you’re greatly disappointed.

At least, that’s what a recent study conducted by Argus Insights found.

Using 136,000 consumer reviews found on various retailer websites and social media over a four-month span (November 2015 to February 2016), the analytics firm plotted out with which wearable devices users are most and least happy.

Leading the way on the hardware front are the previously mentioned Samsung and Lumo Body Tech, respectively. Fitbit (FIT), Garmin, Microsoft (MSFT), and Nike round out the rest of the list with Jawbone’s UP band coming in last.

Perhaps surprisingly, Jawbone’s app sits atop the software perch with the highest overall user satisfaction with the report touting it as a “great all-in-one app.” In particular, Jawbone’s Smart Coach feature that automatically tracks workouts for the user seems to be a hit.

Further behind in the software race, Nike’s running app claims the second highest satisfaction rating for its app experience. Fitbit and Samsung (SSNLF) listed third and fourth, respectively. Lumo Body Tech, Microsoft, and Garmin (GRMN) round out the rest of the list.

The results of the survey illuminate a problem that many wearable makers continue to face: How do you take the information collected about a user (i.e. steps, sleep patterns, calories) and convert those metrics into easily readable and actionable information?

For more on wearables, watch:

According to the report, customers have found the most constructive method to put their personal health information to use is at the moment is by using a cocktail of different apps.

In addition to Jawbone’s Smart Coach feature, the firm’s app received high marks due to the ability to integrate with multiple hardware and software services outside of Jawbone’s own lineup. Fitbit added a similar feature to its lineup last November.

On the other hand, smartwatch users enjoy the level of detail the Nike+ Running app provides, but they admitted to frustration with the lack of outside integration. While not mentioned in the report, but speaking rather from personal experience, the Apple Watch also suffers from poor access to vital health information.

Read more: Why Fitbit’s Auto-Activity Tracking is a Big Deal

Ultimately achieving this balance could make or break software and hardware makers in the wearables space. When a user loses interest in viewing and trying to decipher his or her data, the hardware tends to end up in a junk drawer.