Why Fitbit’s Auto-Activity Tracking is a Big Deal 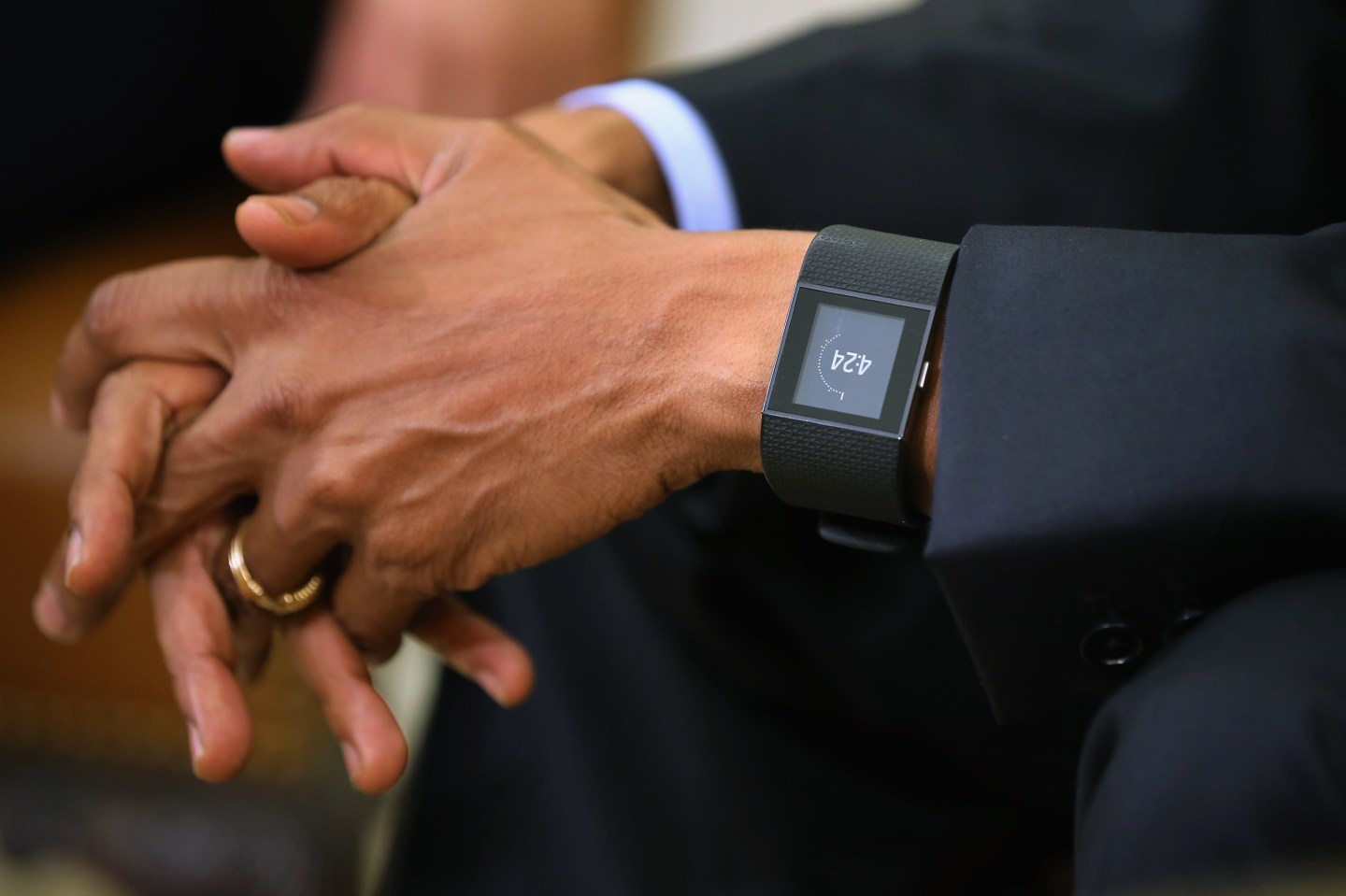 WASHINGTON, DC - MAY 29: U.S. President Barack Obama wears a Fitbit Surge watch while talking to members of the news media in the Oval Office at the White House May 29, 2015 in Washington, DC. Calling it an essential piece of legislation for fighting terrorism, Obama demanded that the U.S. Senate pass the USA Freedom Act, a piece of legislation that would end bulk collection of Americans' metadata, improve the FISA court and other security reforms. (Photo by Chip Somodevilla/Getty Images)
Photograph by Chip Somodevilla — Getty Images

Fitbit on Monday announced a fairly substantial software update for two of its fitness trackers, Charge HR and Surge.

Once the update is applied, both wrist-worn trackers will gain the ability to automatically detect when a user is exercising and track it in the Fitbit smartphone application. According to the company, SmartTrack can even identify the specific activity including running, walking, outdoor biking, elliptical, sports (soccer, basketball), and aerobic workouts.

Prior to the update, Fitbit users had to initiate exercise mode by holding a button in on the watch, or through the Fitbit application.

Sleep tracking on both devices has worked the same way since launch: You lay down, go to sleep, and the tracker takes care of the rest.

With SmartTrack, a user can begin exercising and after 15 minutes the activity will be logged in the mobile app.

The new features come nearly a year after Charge HR and Surge were released, and just ahead of the holiday shopping season. The Surge also received an update earlier this year which added GPS bike mapping.

Fitbit CEO James Park has previously touted the company’s commitment to update existing products with new features as a key differentiator for the leading wearable company.

SmartTrack is not only an example of Park’s willingness to add value to the company’s current product line, instead of relying on a yearly hardware release cycle to introduce new features, but it also sets the Fitbit line apart from its competitors.

The Apple Watch, for example, requires a user start and stop an activity on the watch by navigating a series of screens. The same can be said Misfit’s Shine product, which requires three taps on the nondescript device for activity tracking. Jawbone’s UP line calls for a user to hold in a button on the device to begin and end recording a workout.

Automatic activity tracking is a key feature wearable makers will need to master in order to spur adoption outside of fitness enthusiasts who are more likely to remember to track exercise in the first place.

Ideally, once a fitness tracker is put on the experience should become somewhat invisible to the user. With the lone exception of having to charge your Fitbit, SmartTrack is a big step towards making that a reality. (Save for the weekly reminder the device’s battery is low.)

It’s all too easy to forget to start or stop recording an exercise, leading to inconsistent tracking and overall frustration with the product. That frustration is part of the reason why nearly half of all fitness trackers end up in a desk drawer after just six months of ownership.

For more Fortune coverage of Fitbit, watch this video: