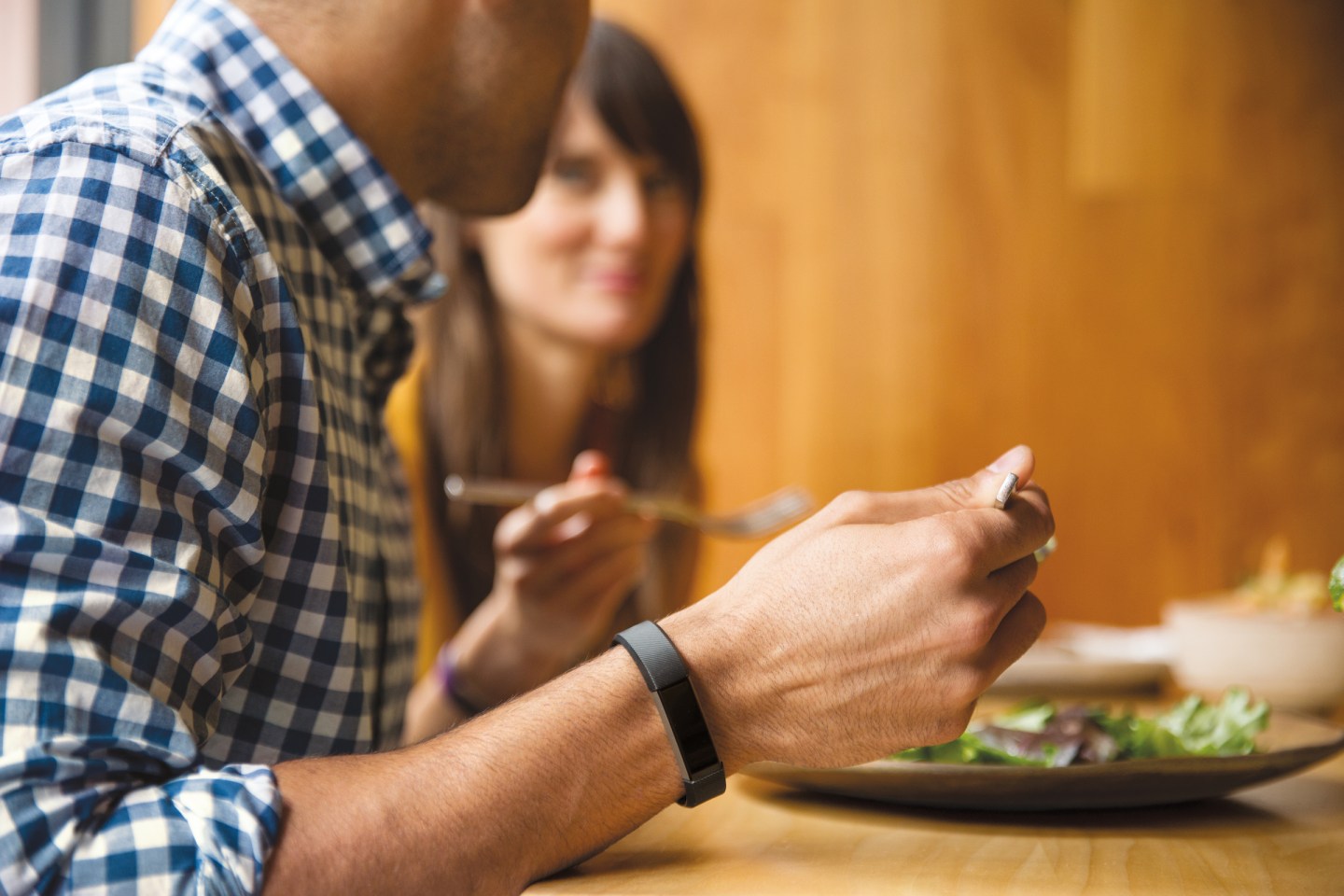 On Wednesday Fitbit announced a new wrist-worn activity tracker called the Alta. The device is capable of counting steps and recording sleep patterns.

Alta will be available in black, teal, plum or blue starting in March for $129.95. Last month at CES, Fitbit (FIT) announced the Blaze, a “fitness focussed” smartwatch that will also be available in March.

Users will have the option to customize the Alta with premium bands made of different materials ranging from $59 leather bands to $99 stainless steel options. Fitbit will continue its longstanding partnership with designer Tory Burch for its Alta bands, as well as new partners in the future.

Alta offers a feature Fitbit is calling “Reminders to Move,” which will prompt users to get up and walk around every hour. With an hourly step goal of 250, users will receive encouragement from the device to keep moving until each hourly goal is met. The app will also include the ability to tailor the amount of coaching a user receives, including a do not disturb mode.

While a reminder to move is not a new feature to wearables—Jawbone’s UP line has long had it and the Apple Watch (AAPL) alerts users to move every hour—it’s a feature that’s been missing from Fitbit’s lineup and is a welcome addition.

A Fitbit representative told Fortune the reminders to move feature was the number one requested add-on by Fitbit customers.

Fitbit Alta will also allow users to customize the orientation of the display, with vertical and horizontal text options. A quick tap on the device’s screen will bring up step counts, the current time, or other stats just as it currently does on other products.

In November, the company released a software update to its existing products that enabled automatic activity tracking. With the feature, users are able to go from sleeping to walking to aerobic exercise (plus many other forms of exercise) while the Fitbit automatically identifies, and records the activity. Prior to the update, Fitbit users had to indicate either by pushing a button on the band or within the Fitbit app that an exercise was starting and then ending. The Alta is equipped with SmartTrack out of the box.

For more on Fitbit watch the following Fortune video below.

Auto-activity tracking combined with reminders to move is a fantastic way to keep a user engaged, without forcing him or her to keep interacting with the tracker.

Taking a feature from the Blaze, Alta will display text, call, and text notifications from a connected smartphone. The wrist-worn gadget’s battery can last five days in-between charges, but does not offer Fitbit’s heart rate monitoring technology PurePulse.

The Alta rounds out Fitbit’s product lineup, and is priced the same as the less-customizable and less-capable Fitbit Charge. Eventually the Alta will replace the Charge in Fitbit’s lineup, according to a company representative.

After announcing the Blaze last month, Fitbit’s stock price dropped as the market seemingly reacted to the announcement, along with a class-action lawsuit, that the firms heart-rate tracking technology is inaccurate. A claim Consumer Reports later refuted after retesting Fitbit’s products.

The company will announce its fourth quarter 2015 results on Feb. 22.