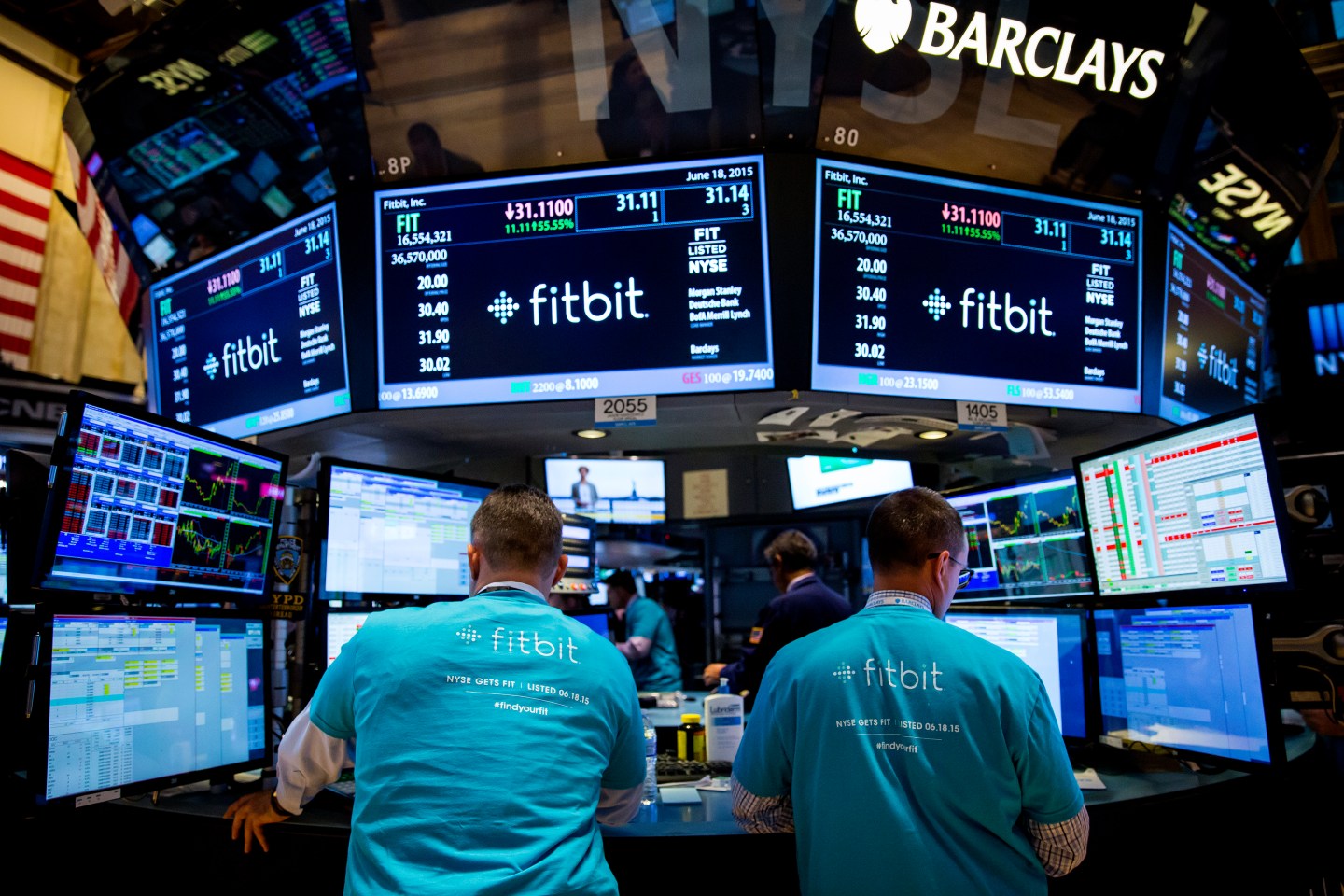 Shares of Fitbit fell more than 18% on Tuesday after the marker of wearable electronics premiered its first new product in nearly a year.

Investors were skeptical about the company’s new Blaze, a smartwatch that marks a departure from the usual Fitbit fitness trackers. The new device, which will retail for $199 and is expected to begin shipping in March, would compete directly with tech giant Apple’s smartwatch.

Blaze comes with Fitbit’s typical health features like step counting and sleep tracking. It also has more smartwatch-like features such as text, call, and calendar notifications. Users will also have the ability to control music playback directly from the watch, when paired with an iOS, Android, or Windows phone.

Apparently, investors did not think that the Blaze do well in the market because of the competition. Fitbit’s shares (“FIT”) fell $5.46 to closed at $24.30.

Fitbit CEO James Park told Fortune that the decision to limit the Blaze’s functionality was a conscious effort to not overcomplicate the device. According to Park the problem with current smartwatches is that they do too much, which, in turn confusing users. Fitbit’s goal was to create a smartwatch that did just enough, while remaining focused on health first and foremost, he said.

Fitbit is the market leader in wearables, despite increased pressure from Apple on the high-end and Xiaomi on the low-end. In the third quarter last year, Fitbit shipped 4.7 million devices, while Apple is estimated to have shipped around 3.9 million Apple Watches, according to an IDC report.

Update: (This story was updated with closing stock results)