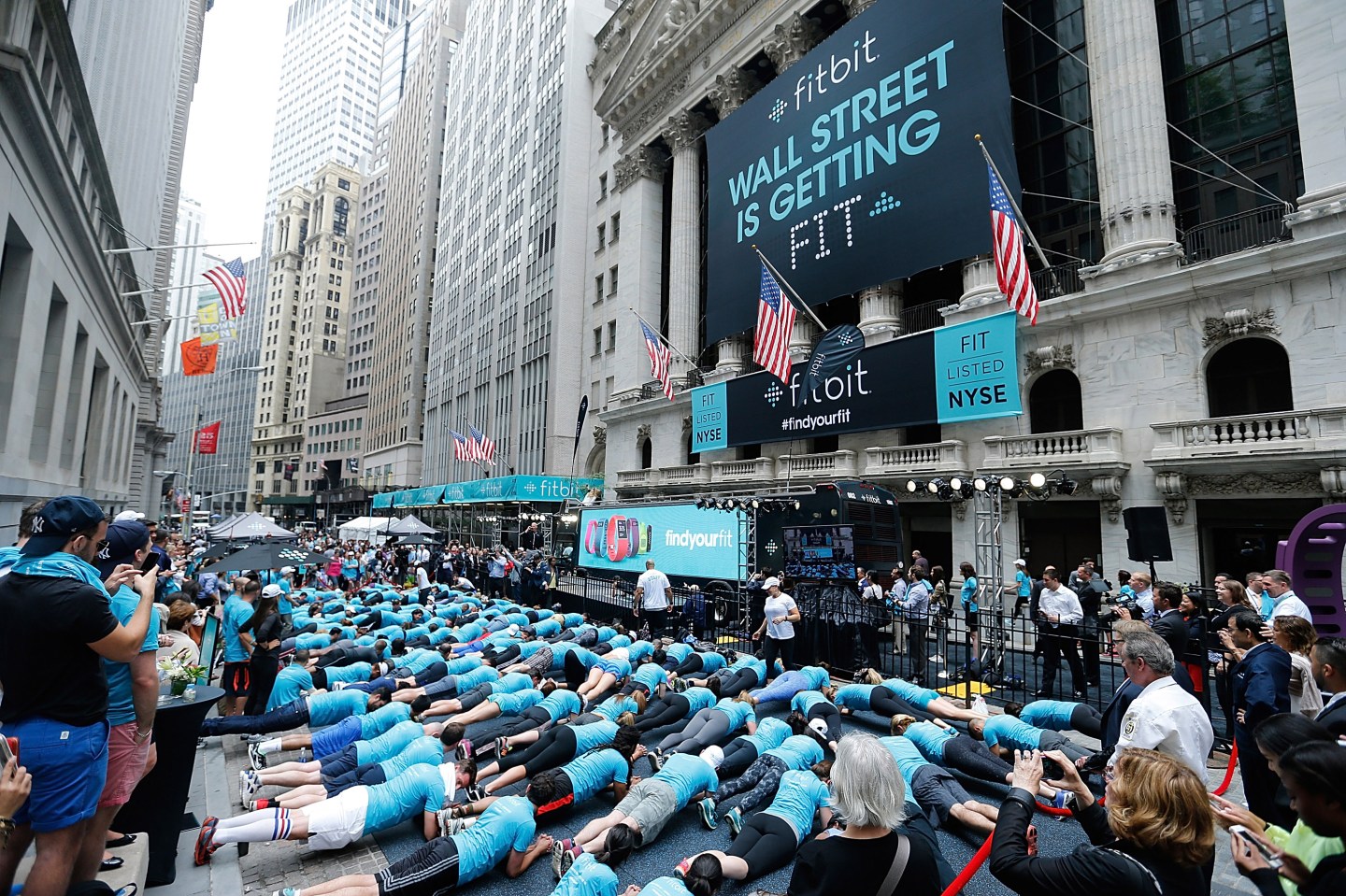 Fitbit is having a bad week.

On Tuesday, the maker of fitness trackers premiered a smartwatch, the Blaze. Shortly after, the company’s shares (“FIT”) tumbled, ending the day down 18%.

Now, Fitbit is facing a class action lawsuit alleging that its heart rate monitoring technology— which it calls PurePulse—is inaccurate, as first reported by The Verge.

Such technology is found in its Charge HR and Surge devices, as well as the newly announced Blaze. Essentially, Fitbit uses LED lights to monitor blood flow through a user’s wrist and, by using algorithms, can determine a user’s heart rate. Similar technology is used in the Apple Watch, along with several more competing smartwatches and fitness trackers.

According to the suit, three different plaintiffs said they bought Fitbit devices based off the company’s advertised promise that it accurately tracked heart rates. Fitbit’s advertising materials often contain phrases such as “every beat counts” and “know your heart” in relation to the heart monitoring technology.

The suit goes on to say that a cardiologist, who used an electrocardiogram machine to compare results, found Fitbit’s heart rate sensor consistently reported inaccurate results. With a heart rate of 110 bpm or higher, the suit states the Fitbit devices often failed to record a heart rate at all. When a heart rate was captured, the reading was off by an average of 24.34 bpm, the suit said.

When contacted by Fortune, Fitbit provided the following comment:

”We do not believe this case has merit. Fitbit stands behind our heart rate technology and strongly disagrees with the statements made in the complaint and plans to vigorously defend the lawsuit. Fitbit is committed to making the best clip and wrist-based activity trackers on the market. Our team has performed and continues to perform internal studies to validate our products’ performance.

PurePulse provides better overall heart rate tracking than cardio machines at the gym, as it tracks your heart rate continuously – even while you’re not at the gym or working out. But it’s also important to note that Fitbit trackers are designed to provide meaningful data to our users to help them reach their health and fitness goals, and are not intended to be scientific or medical devices.”