From planning to execution: A step-by-step guide to conducting layoffs the right way 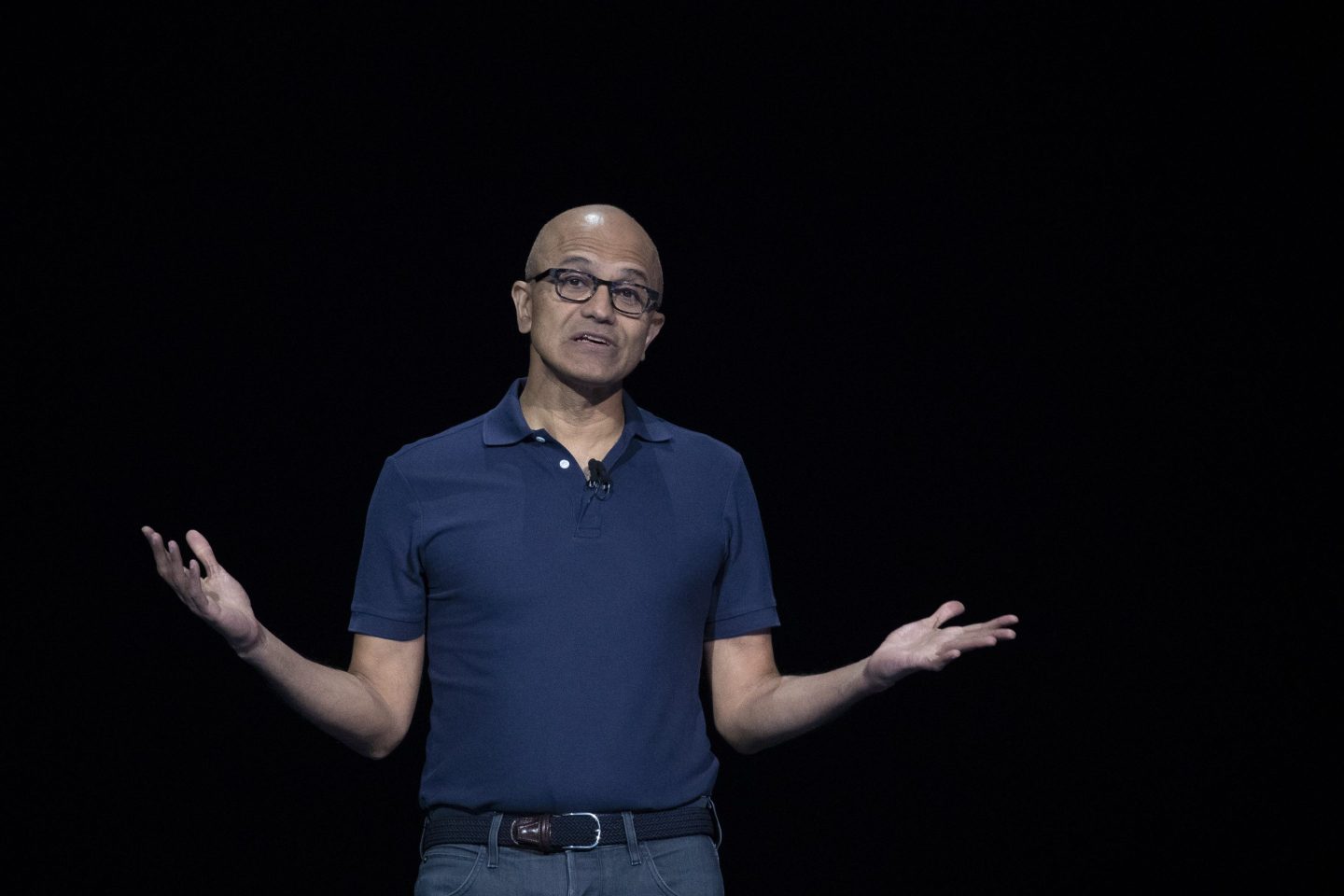 He was talking about tech companies, which have since become the first wave of employers laying off thousands of workers—Amazon (18,000), Meta (11,000), Salesforce (8,000), and many more. Companies in other industries are following suit, including Goldman Sachs, McDonald’s, and Dow Jones. A new EY survey finds that 98% of CEOs worldwide expect a recession, and most expect it to be worse than the Great Recession, the worst since World War II. Many top bosses won’t wait for a full-blown economic downturn before cutting staff, and more layoffs are poised to continue.

Workforce reductions are hard, emotionally and managerially, and while they shouldn’t be a company’s first course of action, they are sometimes warranted. Conducting them well—with compassion, transparency, and fairness—requires forethought and preparation, the full engagement of relevant stakeholders, clear communication, and a comprehensive game plan.

A layoff is a big project; like any big project, doing it right takes time. As we’ll see, legal compliance alone is a high-stakes, painfully complicated  process. More broadly, exactly how the layoff is conducted—internal delivery, CEO wording, severance details—can burnish or taint a company’s employer brand for years. For smaller layoffs, the Society for Human Resource Management advises members to allow at least a few weeks and several months for more sweeping job cuts.

Companies can’t always adhere to such timing guidelines. But to see the dangers of rushing, consider Elon Musk’s layoffs at Twitter, which Harvard Business School professor Sandra Sucher refers to as “a master class in how not to do it.” Musk dismissed nearly half of Twitter employees just eight days after taking control of the company in a process so hurried he inadvertently fired several employees he wanted to keep.

Decide who’s going and what they’ll get

Every layoff decision is a judgment call, and who’s getting the ax and what termination benefits they’ll receive is at the heart of it.

A tempting strategy to decide who goes is to follow the reverse seniority rule, laying off most recently hired employees. It’s simple to implement and easy to understand, but it may feel deeply unfair to employees being dismissed. Even worse, a company could unwittingly lay off future stars, damage its ability to attract top talent when hiring resumes, and introduce bias in the downsizing decision, hurting diversity efforts.

Performance-based decisions are generally viewed as a fairer alternative. They make perfect sense, in theory: Get rid of the poorest performers. In practice, it’s not so simple. Many companies don’t maintain rigorous, up-to-date, comparable evaluations of every employee. Rankings assembled on short notice will be imprecise, and managers often default to irrelevant criteria, falling under the sway of proximity or affinity bias. Researchers at the University of Toledo and the University of Akron College of Law studied downsizing decisions by putting 163 participants through a detailed simulation where they chose employees to let go. A key result: “We found no support for performance playing a part in layoff decisions at all.”

That’s a major problem, Sucher says. “Research finds that the largest factor employees use to judge a layoff’s fairness is the reality of who is let go.” Remember, employees are aware of who’s underperforming.

In the heat of conducting layoffs, there’s no definitive best approach to choosing who goes. Some functions, like recruiting, will invariably face deeper cuts than others. Decisions based on performance and potential are ideal, though managers must accept that their judgment may be flawed if the company doesn’t have rigorous evaluations of each employee. Even then, the company may not have time to give all employees the full consideration they deserve, or the resulting roster of to-be-laid-off employees may reflect a disparate impact on employees in legally protected classes and require adjusting.

Layoff decisions may seem more straightforward when a company shuts down entire divisions or clearly defined units. Macy’s plans to close four stores this year, for example, and Meta last December dissolved its Connectivity unit, which was developing a satellite-based Internet system. But even in such cases, companies may be better off reassigning high-performing employees to other jobs rather than laying them off. The judgment calls are unavoidable.

The same is true when managers construct compensation packages for laid-off employees. The critical factor to bear in mind is that the decision is about more than money. It sends a message to the broader firm. Generous treatment of departing colleagues goes a long way toward quelling the intense anxieties of remaining workers.

Stripe’s layoff last November is a useful example of generous treatment. The fintech startup provided employees with at least 14 weeks of severance pay, year-end bonuses, pay for unused PTO, six months of continued health insurance, accelerated stock vesting, and career and immigration support. While the benefits don’t replace a full-time job, they show current and departing employees that they’re appreciated and will be supported during the transition.

Deciding how many employees to cut is one of the toughest judgment calls. The goal typically is to reduce headcount to match the current or expected lower level of business. How low will it be? How long will it last? Those estimates require input from the entire C-suite—CEO, CFO, CHRO, CMO, CDO—plus business unit heads and lawyers.

Employers are often tempted to cut deep to avoid the same missteps as Crypto.com, which recently axed workers less than six months after a previous round of dismissals. But in doing so, a company may have to recall employees—a difficult sell, especially if they’ve already found new jobs.

Comply with laws and regulations

The legal environment for layoffs is complex because the subject is vast, and mistakes can be expensive. Employers will want and need expert advice. A few elements that managers should consider:

There’s no good way to deliver bad news, but some are much worse than others.

Musk’s Twitter layoff maintains its worst-in-class status on this criterion. Some employees received layoff notices by email in the middle of the night, and others found their company email and other applications disabled before receiving any notification. Compounding the chaos, Twitter banned all employees from entering its offices on layoff day.

By contrast, Stripe’s delivery of the bad news is again a model. In a companywide memo, CEO Patrick Collison said affected employees would receive a notification email within 15 minutes and have one-on-one conversations with a manager “over the course of the next day.” Notably, he and his brother John took full responsibility. “We, the founders, made this decision. We overhired for the world we’re in,” the CEO wrote, explaining their mistakes and how they intended to correct them.

The mea culpa possessed the three elements of an effective apology: explicitly acknowledge the harm and show remorse, explain the mistakes and why they happened, and offer redress.

No federal law requires employers to offer severance pay, though many typically provide one or two weeks of pay for every year of service. The money is usually paid in lump sum at termination or soon after. Union contracts or individual employment contracts may specify different terms. To receive severance pay, employees often must sign a release in which they waive their right to sue the company and promise not to disparage or help others sue the company.

Every layoff seems urgent and unavoidable when it happens, and sometimes it is. But those instances are few and far between. Extensive research shows that, on average, layoffs do little, if any, good and can significantly damage a company. Wayne Cascio, a professor at the University of Colorado, has collected years of data on “downsizers” and “nondownsizers.” The principal finding, he says, is that “as a group, the downsizers never outperform the nondownsizers.”

The effect on the bottom line is clear. Harvard’s Sucher says two decades of profitability studies show that “the majority of firms that conduct layoffs do not see improved profitability, whether measured by return on assets, return on equity, or return on sales.”

The evidence strongly suggests that companies try to avoid layoffs, and it can be done. “Could you ask people to take a six-month pay reduction?” says HR consultant Josh Bersin. “Could you reorganize low-performing groups and move them to high-growth areas? Could you encourage people to take leave and vacation to burn off excess expenses?” If those steps aren’t enough, employees can be furloughed rather than fired.

Those options may be unfamiliar and uncomfortable to most companies. But in the long run, they could be a lot more business savvy than layoffs.