Mass layoffs are on the rise. Here’s how to avoid gender bias when downsizing employees 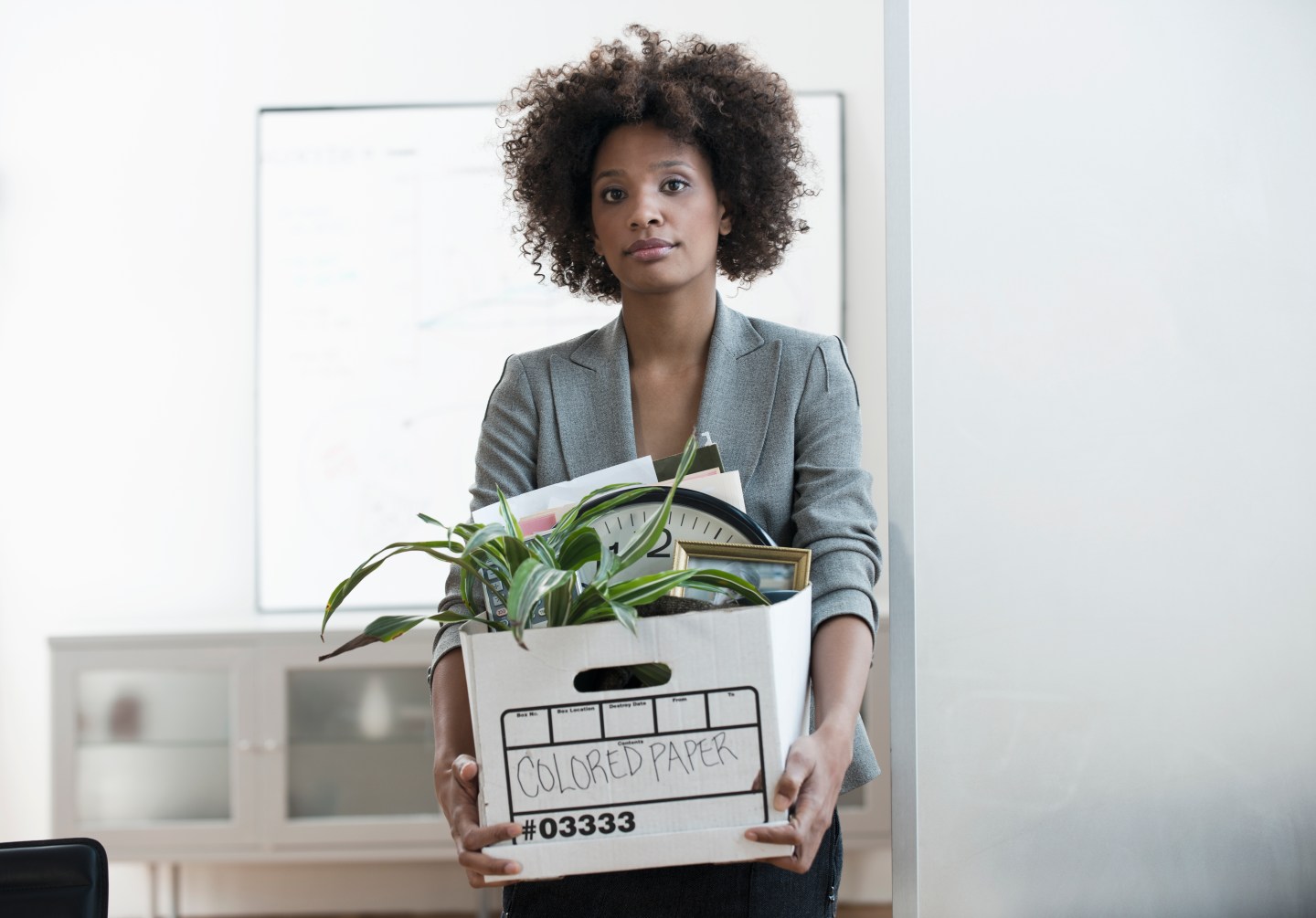 Good morning, Broadsheet readers! This is Paige McGlauflin, filling in for Emma. The cosmetics giant Revlon filed for bankruptcy protection, Dolly Parton donated another $1 million to Vanderbilt University, and gender bias can seep into layoff decisions. Have a restful weekend.

– Layoff tsunami. Pandemic-induced layoffs hit women harder than men. Now as a recession looms, companies, many of which were jockeying for talent just months ago, are downsizing their workforces again.

Some experts fear that women, especially women of color, may be disproportionately affected. That fear isn’t unfounded. In fact, research shows just how easy it is for gender bias to seep into layoff decisions.

A study of more than 800 U.S. companies, published in Harvard Business Review, found that companies rely heavily on tenure and necessity when making layoff decisions. That may seem innocent enough; but women, and other minorities, are often in roles or functions like HR that are not perceived as crucial when downsizing.

Tudum, Netflix’s official fan editorial site, is a prime example. Just five months after a December launch, the tech giant laid off 150 staff members, many of whom were women of color working on the Tudum team.

“In certain industries and certain levels of positions, you may have women that are parents and are going for a certain type of position because of the flexibility,” says Christa Juenger, head of coaching at outplacement services firm INTOO. “Those are often positions that are on the line when a company is letting go.”

So what are employers to do? Leaders should create an internal mobility strategy for women that places them in roles that aren’t at high risk for layoffs, Juenger says. They can also offer voluntary layoffs.

“I’ve seen more companies that are doing that. Then you’re not the one with the list of people that’s been created,” she says.

When determining which employees to let go, the Equal Employment Opportunity Commission (EEOC) has a basic list of recommendations companies can follow. But Jean Back, an employment lawyer with Schwabe, Williamson & Wyatt, says companies should treat it as a five- to seven-step process. To start, companies should set about five objective criteria to identify which employees to let go. This can be on a first-in, last-out basis or tied to performance. Managers can then create a list of suggested employees for layoffs.

To mitigate unconcious bias, she reccomends that companies create a diverse group to evaluate employees selected for layoffs. The head of human resources, company executives, and managers that aren’t affected by the reduction can make up this cohort. But employers must ensure that team members can bring a diverse lens to the evaluation.

“It’s vital that you have trusted internal partners who you’re working with that may be looking at those impacted through a different lens and can help you see bias or discrimination that wasn’t obvious to you,” says Juenger.

Back also suggests removing names from personnel files when curating a layoff list, similar to blind resume screenings during recruitment. “That would take away a lot of information about the person and you would only be looking at hard numbers,” she says.

Finally, employers should run a statistical analysis of employees suggested for layoffs compared to the number of employees from protected classes at the company. If needed, the assessment group can request more names for consideration.

“These are really tough decisions for companies to make,” Back says. “At the end… hopefully your reduction in force is not going to disparately impact any one protected class.”

Broadsheet will be taking Monday off in observance of Juneteenth, but will return in your inboxes on Tuesday, June 21.

- Family feud. Abigail Disney, the documentary filmmaker and granddaughter of Disney co-founder Roy Disney, has become an unexpected advocate for tax increases on fellow wealthy individuals, and has pushed for wage increases for workers in recent years. In 2019, she publicly criticized the “insane” compensation of Disney’s then-CEO Bob Iger. “I don’t resent rich people for having money at all,” Disney tells Fortune senior writer Maria Aspan. “But I do resent us assuming that we never have to take a hard look at ourselves.” Fortune

- Lowballing self-compensation. Female startup CEOs aren’t paying themselves nearly as much as their male counterparts, according to an analysis of 250 seed and venture-funded startups in America. The gender wage gap for startup CEOs quadrupled between 2019 and 2022, amounting to an average $20,000 pay disparity this year. Women also cut their pay by 30% in response to the COVID-19 pandemic, whereas men increased their salaries. Inc

- Generous gift. Dolly Parton donated $1 million to Vanderbilt University Medical Center for pediatric infectious disease research. The university, which disclosed the donation on Wednesday, focuses its research on how viruses and bacteria cause disease, resistance to antibiotics, and preventing and treating infections in children with cancer. Parton previously donated $1 million to Vanderbilt as part of coronavirus research that contributed to Moderna’s COVID-19 vaccine. CNN

- A room of their own. For the first time in 230 years, women’s names are gracing the titles of two rooms in the Senate. Sen. Amy Klobuchar of Minnesota led the effort to rename two Senate rooms after former senators Barbara Mikulski and Margaret Chase Smith. Mikulski, a Democrat from Maryland, was the longest-serving female senator, retiring in 2016. Smith, from Maine, was the first woman elected to both the House and Senate; she died in 1995. Washington Post

- Double standard? News of Sheryl Sandberg’s departure from Meta was quickly overshadowed by revelations that the company was investigating her for using funds for her upcoming wedding. But Bloomberg writer Max Chafkin argues that this scrutiny highlights a sexist double standard at Meta, which has long used company funds for the personal lives of its executives, including CEO Mark Zuckerberg. The focus on Sandberg should not be a “tabloid-worthy scandal about wedding expenses,” but rather her more morally concerning allegations, writes Chafkin. Bloomberg

- Sweeten the deal. More employers are building on-site childcare centers to attract talent. Recursion Pharmaceuticals opened a childcare center at its Salt Lake City headquarters and is subsidizing part of the cost. It's also allowing employees to choose which 40% of the workweek they will spend on-site. The company isn't alone: Children’s clothing retailer Carter’s and insurance company USAA have introduced similar care programs, and report increased morale from parents. Fortune

White parents rallied to chase a Black educator out of town. Then, they followed her to the next one ProPublica

The complicated history of cheerleading, Title IX, and what it means to be a sport The 19th*

“I feel proud, and I feel mad as hell. We are still dealing with the same issues.”

-Feminist and Ms. Magazine co-founder Gloria Steinem on the similarities between issues on gender and race that the magazine covered in its early years and conversations the American public is having 50 years later.