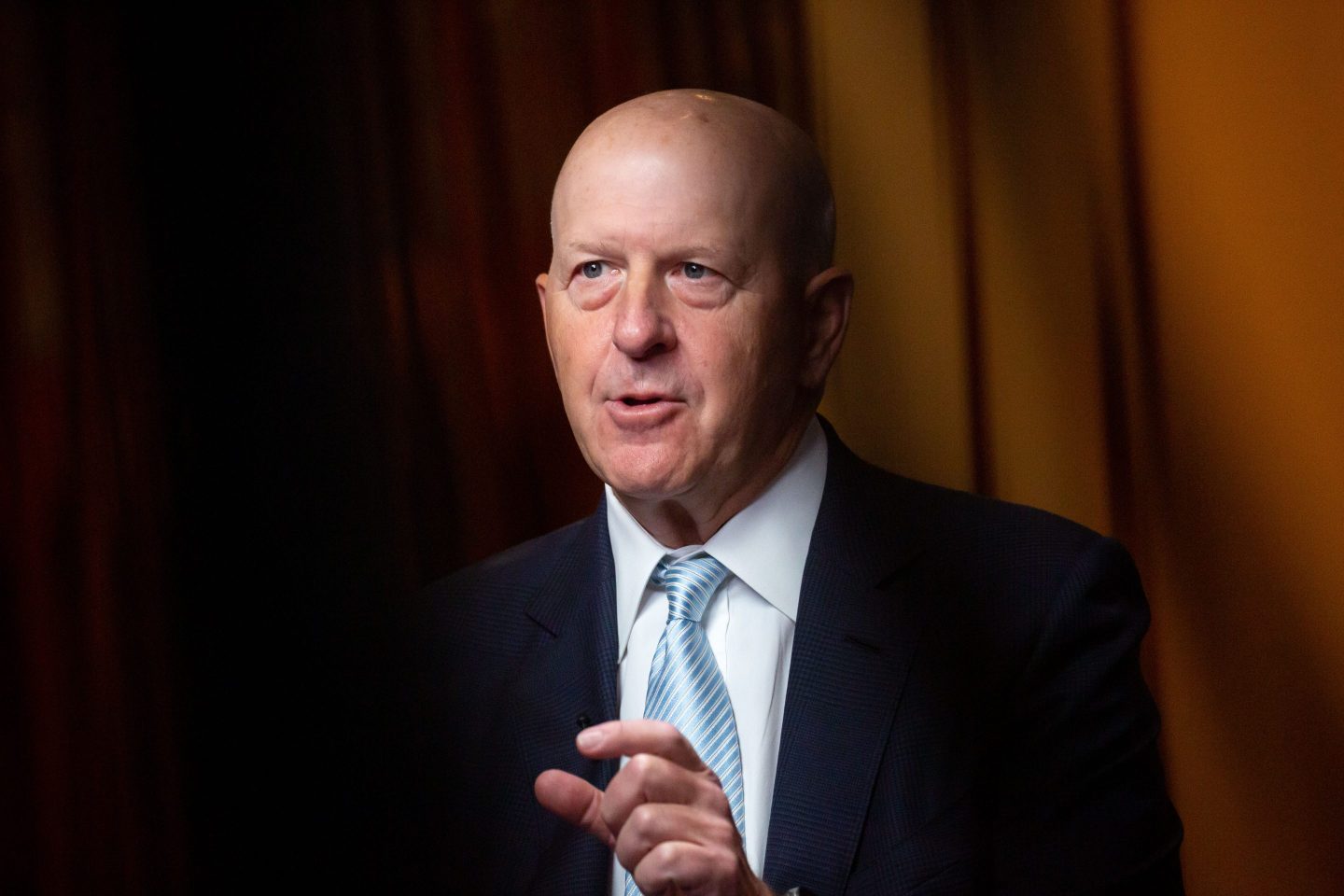 Axed Goldman employees will stay on the firm's payroll for at least 60 days and receive severance after.
Bloomberg—Getty Images

Goldman Sachs cut 3,200 employees last week, its largest layoff since the 2008 financial crisis. While the tech industry kicked off the layoff tsunami in 2022, banking has picked up the mantle, with BlackRock, Morgan Stanley, and Citigroup recently announcing job cuts.

Laid-off Goldman employees began receiving severance letters on Friday, although many reported receiving them after close of business or over the weekend. Others said colleagues had yet to receive any correspondence as of Tuesday. “Goldman Sachs’s HR team is saying that…they are behind on issuing severance letters,” the partner of a laid-off employee told Fortune late last week.

According to Goldman’s severance letter, laid-off employees are still considered active employees of the firm for at least 60 days, depending on state regulation, during which they will receive their current base pay and eligible benefits. After their active employment period concludes, employees will receive five weeks of severance at their current base pay, giving them through mid-April to find a new gig, according to copies of severance offers obtained by Fortune. The bank’s severance offer pales compared to some tech counterparts. Laid-off Meta employees, for instance, received 16 weeks of pay and an additional two weeks for each year at the company.

Nor will employees receive their coveted annual bonuses, which make up a sizable chunk of employee pay, as part of severance agreements.

“I was really looking forward to that bonus… That would have helped me with some of my expenses with school and things of that nature that I’m currently paying for,” a former analyst at Goldman’s Salt Lake City office told Fortune. “Everybody deserves to get their bonus. Whether you were laid off or not, you deserve it.” When asked why bankers won’t receive their bonuses, a Goldman spokesperson declined to comment on specific severance details.

Federal law requires that employers provide 60 days’ advance notice for mass layoffs, though some states require longer. In New York, for example, employers must give employees notice 90 days before a mass reduction in staff. But there’s another caveat to the severance offers: Goldman employees who find new employment or pursue self-employment before the severance period begins will not receive payment for the full active employment period. However, they will be paid their full severance in one lump sum.

Laid-off workers will continue to receive certain benefits during the five-week severance period, with a summary of the benefits provided after the active employment period, and they’ll receive access to outplacement services. The firm will also pay out vacation through the active employment period. However, Goldman scrapped a rule last spring allowing employees to carry unused vacation time into the new year, a move multiple employees confirmed to Fortune.

While some employees now have clarity about their severance, others told Fortune they waited longer than expected to receive the letter, and some of their colleagues are still waiting for theirs. A vice president in the firm’s consumer banking division said that as of the close of business on Friday, only one associate on his team had received a severance offer.

“[Goldman] might be starting with more junior people first, but the fact that we [were] 48 hours in and all these people have no idea what their offer is—it’s pretty bonkers,” the employee told Fortune.

The former analyst, who received her severance package on Friday, shared a similar sentiment. “It is a complete mess… A lot of people have been reaching out asking if I’ve received mine because they haven’t received theirs.”

A Goldman spokesperson told Fortune that most employees had been communicated their severance package, with some special exceptions, adding that all New York employees received details of their severance offer by the close of business last week.

Michelle Strowhiro, an employment attorney at McDermott Will and Emery, says there are no guidelines or requirements on when employers must send out severance agreements. Such offer letters may take a few days to get out to affected staffers.

“Particularly with larger companies, depending on the size of the layoffs, it can be very difficult to have documentation ready to go the day of,” she says. She adds, “Depending on who they can have under the umbrella of confidential discussions, they may not be able to access all the data they need to finalize the packages.” For instance, a company may have to wait to loop in payroll, access wage details, and finalize severance letters until it announces layoffs.

But even if severance offers aren’t ready for immediate review, it’s best to provide employees with as much information as possible as soon as possible. Employers should also equip managers with talking points and FAQs to help them answer questions from direct reports.

“On a human level, these reduction-in-force conversations are difficult. You’re telling people that they’re losing their jobs,” says Strowhiro. “It’s incredibly helpful and appreciated to communicate that a severance package will be provided, details about what that package will include, and the calculation so that even if they don’t have the document in hand that day, they know what to expect.” Ahead of layoffs, Goldman’s HR team, known internally as the human capital management team, sent a handbook to managers instructing them how to let employees go, the New York Post reported on Wednesday.

Still, laid-off employees told Fortune the firm could have better handled the layoffs. Some said they were completely caught off guard, while others cited recent job-related moves and child responsibilities that have left them scrambling to find new work.

Discrepancies between internal and external messaging have also fostered some distrust and frustration. As insiders leaked news of impending layoffs to the press, leadership told staffers that such accounts were incorrect. “Every week, you’d hear that more cuts were coming or something else was happening. And leadership simply didn’t address any of it,” the former VP said.

Few industries seem safe from layoffs, and despite the economic headwinds, former Goldman employees are staying optimistic about the future.

“Most of us are cognizant that we were lucky, to begin with. You’re talking about folks who are generally in the [top] 5%,” the former vice president said. Other employees take comfort in the fact that the downsizing seems part of a massive restructuring and not performance-driven, noting that many laid-off colleagues received outstanding performance reviews in November. “Everybody’s scrambling, and it happens to be a crap market right now. [But] we’re all going to land on our feet one way or the other.”